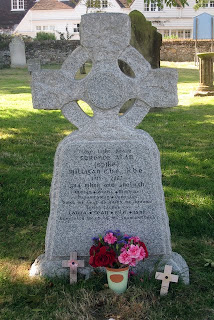 After I originally sent this out as an email some time ago, one of the readers, Steve, responded:

Spike was also famous for publicly calling Prince Charles "a little grovelling bastard" during a dinner in his honour. As you can imagine, the comment reverberated around Buckingham Palace and was repeated on the front page of every newspaper in the land. The following day Spike sent Charles a telegram saying "I suppose a knighthood's out of the question?"
A clip of that comment is at: http://www.youtube.com/watch?v=4_iLElHqv-w
Posted by BytesMaster at 9:27 PM