Those who have read or seen Dan Brown's Angels and Demons will recall the prominent use of ambigrams, words that can be read in more than one direction. In the novel, the words Fire, Water, Earth, Air and Illuminati read the same way whether right way up or upside down, such as:

In Dan Brown's novel a big fuss is made over the fact that the art of amigrams had been lost.
Not so. See, for instance, the words Angels & Demons at top left, which can be read the same way even if rotated 180 degrees.
The reason that I mention this is that I came across an even more fascinating example: a doormat where the words read differently when viewed form the opposite side, that is, rotated 180 degrees: 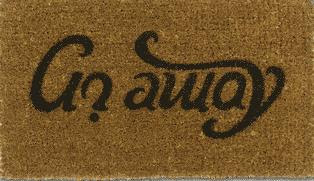 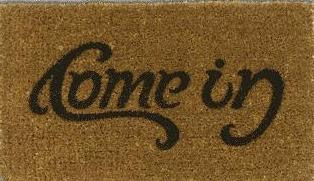 You can buy the doormat at a Pommy website named, of all things Suck UK. See the spinning doormat at:
http://www.suck.uk.com/product.php?rangeID=66 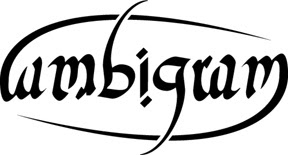 Posted by BytesMaster at 8:41 PM

Email ThisBlogThis!Share to TwitterShare to FacebookShare to Pinterest
Labels: Ambigrams