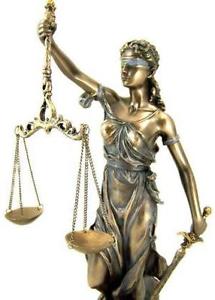 “Police enquiries are continuing.”
There isn’t a lot of evidence against this defendant.

“The prosecution would like an opportunity to review the matter fully.”
We have lost the file.

“This is a complicated matter.”
I haven’t yet read the papers.

“The new charges should be in your register.”
I have just seen several pigs fly past the court window.

“Are you instructed to apply for bail?”
The Bail Act does not apply in my court

“I am instructed to make an application for bail."
Before you look at me like that, I know this is utterly hopeless.

“What I say about the matter is this. . . . “
I am a member of the Bar and congenitally incapable of blowing my nose with out a prologue.

“My client tells me. . . “
I suggest you treat the following information with great caution. . .

“The defendant has substantial community ties.”
He is on bail already to two Local Courts.

“The victim is not known to the defendant.”
My client attacks people indiscriminately.

“All of the property has been recovered.”
It was found in his pocket.

“This theft was completely out of character.”
Normally he just stabs people.

“There is no history of failing to appear.”
No one has ever been foolish enough to give him bail

“The defendant has a job to start on Monday. .”
My client has not done a day’s work in his life.

“. . . painting and decorating”
But would very much like bail

“. . . with his uncle”
No one in their right mind would employ him

“My client was fully co-operative with the police.”
He was caught red-handed.

“He pleaded guilty at the first opportunity.”
The evidence was utterly overwhelming.

“He made full and frank admissions.”
His solicitor didn’t get there in time.

“He is a man without a blemish on his character.”
He has never been caught before.

“As the learned prosecutor rightly points out. . . “
I was counting on him not reading the files.

“Unfortunately, the surety cannot be here today.”
No one in their right mind would stand surety for this man.

“I have listened carefully to what your advocate has said. . . “
My eyes have been closed but I do have a vague recollection of someone speaking.

“. . . . and indeed nothing more could have been said to advance your cause. . . “
He went on a bit, but we both know you’re going inside, sunshine.

“With the greatest respect. . . “
I spit on your argument.

“So be it. . . “
I have nothing but utter contempt for your ruling.

“Unless there is any further matter upon which I can assist?”
For the life of me, I can’t think of anything to say.

“I am intrigued by your submissions.”
May I see your Practising Certificate?

“I have not yet made up my mind.”
My mind is frozen hard as permafrost.

“I will hear what you have to say.”
Justice must be apparent if not real.

“Thank you, unless you have anything else to add. . . “
Please shut up and sit down.

“Thank you Miss Smith, you have been a great assistance to the court.”
Is entry to the Bar now conducted on a random basis?