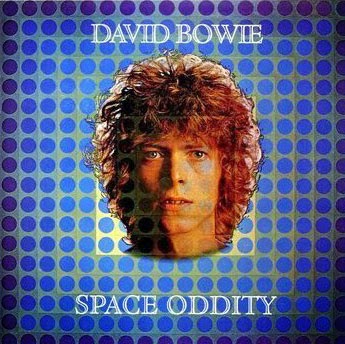 * * * * * * * *
Space Oddity was released as a single in July 1969, coinciding with the proposed first moon landing which took place on 20 July 1969. The song concerns the launch into space of Major Tom, a fictional astronaut, with the name of the song being a reference to the 1968 sci fi flick 2001: A Space Odyssey.

This was originally released in 1969 on Bowie's self-titled album, which was available only in the UK and timed to coincide with the moon landing. Released as a single, the song made #5 in the UK, becoming his first chart hit. In 1972, the album was re-titled Space Oddity and released in the US for the first time.

Ground Control to Major Tom
Commencing countdown,
engines on
Check ignition
and may God's love be with you

Here am I floating
round my tin can
Far above the Moon
Planet Earth is blue
And there's nothing I can do.

* * * * * * * *
There are a number of possible interpretations of the lyrics, including that the whole song is symbolic of a drug trip.

The lyrics record a successful launch of the spaceship containing Major Tom and his subsequent communications with Ground Control. Major Tom leaves his capsule as part of his mission but communications cease. Ground Control is unable to further speak with Major Tom, who expresses the wish that his wife be told that he loves her as he drifts off into space, helpless.

Was there a mechanical failure that caused the loss of contact or did Major Tom switch off communications, as many believe?

A common interpretation is that Major Tom is a hippie astronaut who casually slips the bonds of a crass and material world to journey beyond the stars.

Bowie revisited Major Tom in his 1980 song Ashes to Ashes:

Do you remember a guy that's been
In such an early song
I've heard a rumour from Ground Control
Oh no, don't say it's true

They got a message
from the Action Man
"I'm happy, hope you're happy too
I've loved
all I've needed to love
Sordid details following"

[CHORUS]
Ashes to ashes, funk to funky
We know Major Tom's a junkie
Strung out in heaven's high
Hitting an all-time low

Time and again I tell myself
I'll stay clean tonight
But the little green wheels are following me
Oh no, not again
I'm stuck with a valuable friend
"I'm happy, hope you're happy too"
One flash of light
but no smoking pistol

In Ashes to Ashes Major Tom has regained communications with Ground Control and tells them that he is happy. GC considers him to be nothing but a "junkie, strung out in heavens high, hitting an all-time low." Major Tom says that he will “stay clean tonight.” It is considered by many that the lyrics are autobiographical, that they refer to Bowie’s fight against drug abuse and battling other demons.

Hallo) Spaceboy,
you're sleepy now
Your silhouette is so stationary
You're released but your custody calls
And I want to be free
Don't you want to be free
Do you like girls or boys
It's confusing these days
But Moondust will cover you
Cover you

This chaos is killing me

And the chaos is calling me
Yeah bye bye love

This chaos is killing me [x2]

"In England, it was always presumed that it was written about the space landing, because it kind of came to prominence around the same time. But it actually wasn't. It was written because of going to see the film 2001, which I found amazing. I was out of my gourd anyway, I was very stoned when I went to see it, several times, and it was really a revelation to me. It got the song flowing. It was picked up by the British television, and used as the background music for the landing itself. I'm sure they really weren't listening to the lyric at all (laughs). It wasn't a pleasant thing to juxtapose against a moon landing. Of course, I was overjoyed that they did. Obviously, some BBC official said, 'Oh, right then, that space song, Major Tom, blah blah blah, that'll be great.' 'Um, but he gets stranded in space, sir.' Nobody had the heart to tell the producer that."

In May 2013, Canadian astronaut Chris Hadfield, commander of Expedition 35 to the International Space Station, recorded a video of the song on the space station which went viral and generated a great deal of media exposure. The lyrics were somewhat altered; the ending was replaced with Major Tom getting his orders to land and doing so safely. Hadfield announced the video on his Twitter account, writing, "With deference to the genius of David Bowie, here's Space Oddity, recorded on Station. A last glimpse of the World." Bowie was also thanked in the ending credits. This was the first music video ever shot in space. Bowie responded to the video, tweeting back to Hadfield, "Hallo Spaceboy". The video has had over 21,000,000 views on YouTube. The performance was the subject of a piece by Flenn Fleischman in The Economist on 22 May 2013 analyzing the legal implications of publicly performing a copyrighted work of music while in earth orbit. 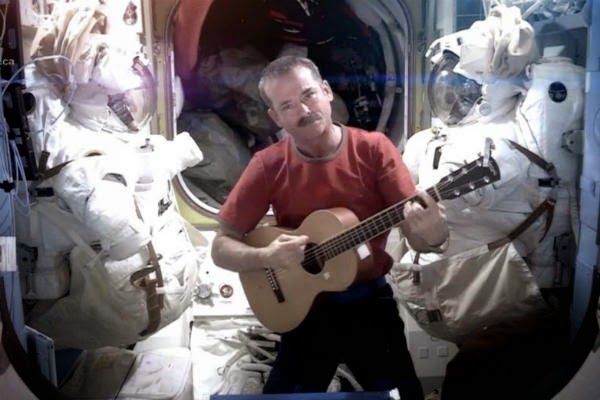 See the video by clicking on: 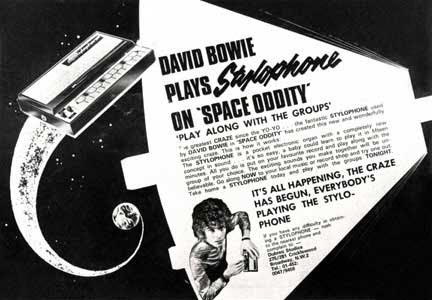 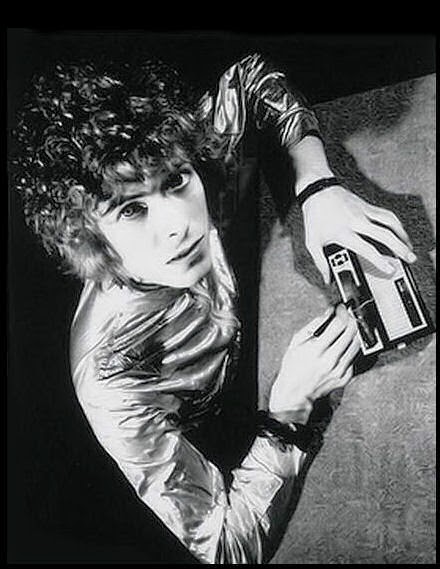 The main promo muso for Stylopohone, however, was a man who used it in live performances and on a number of recording hits, Rolf Harris: 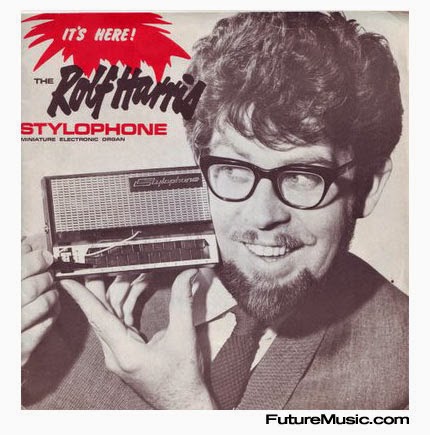 David Bowie's real name is David Jones.  He changed it so as not to be confused with Davy Jones of the Monkees, naming himself after Jim Bowie and his famlous knife.  There is a lot of psychological stuff in naming yourself after a big knife. 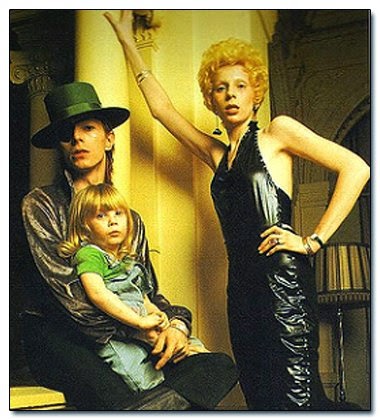 Zowie with mum and dad

As Duncan Jones, he picked up a BAFTA in 2010 for his directorial debut on the film Moon, a sci fi flick about a miner heading bcak to Earth after 3 years as a solitary astronaut mining on the moon. 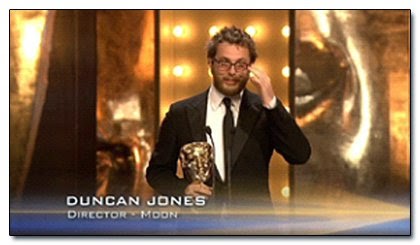