Caution though, some risque items.

The waitress asked for my order and I said, "How about a quickie?"

Without hesitation she slapped me and stormed off.

Jack, a renowned atheist, dies and to his utter surprise ends up in hell where he's greeted by Satan himself.

Completely shocked he talks to the devil and says: "Well, I've been wrong all my life and I guess I'm now to pay the price for my lack of faith"

Satan laughs and replies: "Awh it's not so bad down here, let me give you the tour so you can see for yourself"

He then proceeds to escort Jack through a beautiful lush green plain with flowers, scattered here and there there's a bunch of houses where other "damned" live.

As they pass through each house the inhabitants recognize Satan and invite them inside for a drink and a chat, request that's always granted by the two.

Every time they stop to a house Satan never fails to display how much of a lovely guy he really is by telling amazing stories, singing, cracking jokes and just generally being a great person.

At sunset the devil sees that Jack was very tired and decides to show him the house he'll be spending the rest of eternity into.

As they walk to Jack's new house the two pass close to a huge wall and Jack asks: "What's behind there?"

Satan: "Oh, nothing that should concern you, pay it no mind"

Despite his curiosity Jack thought better not to bother Satan with further questions and just followed him to his new house where Satan promised he'd be back the following morning to show him the recreational center before finally bidding him a goodnight after a long day.

That night however Jack kept thinking back at the whole situation he's in and how surreal everything was until his thoughts eventually jumped to the wall he saw earlier in the day.

After a few minutes trying to guess what could there be behind that wall that Satan couldn't even tell him he decided he should investigate, as such he took a deep breath and dived into the night walking back to the place where the wall was.

Once there he searched for some clues until he saw some faint light coming from a spot in the wall; upon closer inspection he saw that there was a hole and the light was coming from behind the wall.

Jack took a deep breath and scrounged up the courage to look into the crack on the wall and what he saw was a spectacle much alike what he always thought hell would be.

On the other side of the wall huge flames were scattered all over a burnt and scalding hot ground and much to his horror he saw other souls inside that nightmare being eternally burned and never consuming, screaming and pleading for help.

Jack rushed back into his place where he just quietly sobbed and cried all night for he was sure now that the Devil was just toying with him to give him a bit of hope right before tossing him into eternal despair.

The following morning Satan showed up once again and told Jack to come with him.

Jack pleaded: "PLEASE! PLEASE! Don't take me to Hell, I'll do anything, just let me stay here, I don't wanna burn for all eternity!"

Satan: "What are you talking about??? I'm just gonna show you the recreational center like I told you yesterday"

Jack: "Don't lie to me, I saw what was going on behind the giant wall!"

Satan: "Ooooh you saw that! Don't worry that's not for you, that's the Christian Hell"

The first man says, "That ring is perfect for Mary. I just wish I could afford it."

The second man says, "I was planning on proposing to Julie soon. She'd love that ring."

The third man says, "Okay, I'll make you both a deal. Whichever one of you gets to the bottom of the street first gets the ring at my expense. Deal?"

The men are thrilled at the offer and both agree. The third man counts down from 3 and they both set off down the street.

The third man then smashes the shop window and grabs the ring.

The shop owner comes out and says, "What the hell happened?!"

Two lawyers, Jon and Ethan, head out for their usual 9 holes of golf. Jon offers Ethan a $50 bet. Ethan agrees and they’re off. They shoot a great game.

After the 8th hole, Ethan is ahead by one stroke, but cuts his ball into the rough on the 9th. “Help me find my ball. Look over there,” he says to Jon. After a few minutes, neither has any luck. Since a lost ball carries a four point penalty, Ethan secretly pulls a ball from his pocket and tosses it to the ground. “I’ve found my ball!” he announces.

“After all of the years we’ve been partners and playing together,” Jon says, “you’d cheat me out of a lousy 50 bucks?”

“What do you mean, cheat? I found my ball sitting right there!”

“And you’re a liar, too!” Jon says.  “I’ll have you know I’ve been standing on your ball for the last five minutes!”

A woman goes into a pet shop looking for a parrot.
The assistant shows her a beautiful African Grey parrot.
"What about this one, Madam? A beautiful bird, I'm sure you'll agree, and it's an absolute steal at only $20.
"Why is it that cheap?" the woman asks
"Well", replies the assistant, "it used to live in a brothel and as a result its language is a touch fruity"
"Oh, I don't mind that", said the woman, making her mind up, "I'm broad minded and it'll be a laugh having a profane parrot".
So saying, she buys the parrot and takes him home.
Once safely in his new home, the parrot looks around and squawks at the woman "Fuck me, a new brothel and a new madam"
"I'm not a madam and this isn't a brothel" says the woman indignantly, but she sees the funny side and let's it drop.
A little later the woman's two teenage daughters arrive home. "A new brothel, a new madam, and now new fucking prostitutes" says the parrot when he sees the daughters. "Mum, tell your parrot to shut-up, we're not prostitutes" complain the girls, but they all see the funny side and have at laugh at their filthy new pet.
A short while later, the woman's husband comes home. "Well fuck me, a new brothel, a new madam, new whores, but the same old clients. How ya doin', Dave?" says the parrot.

Written by Mark Twain and apparently his only limerick. You will have to work out the play on words . . .

A man hired by John Smith and Co.
Loudly declared that he'd tho.
Men that he saw
Dumping dirt near his door
The drivers, therefore, didn't do. 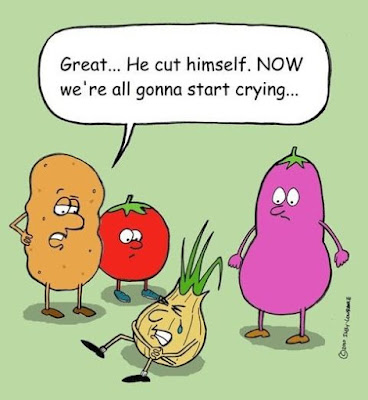 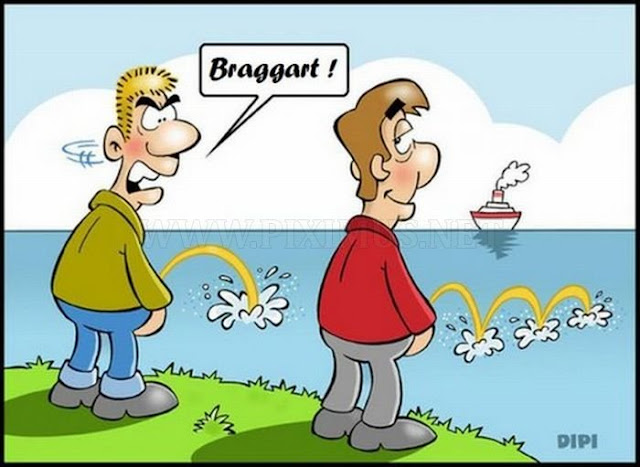 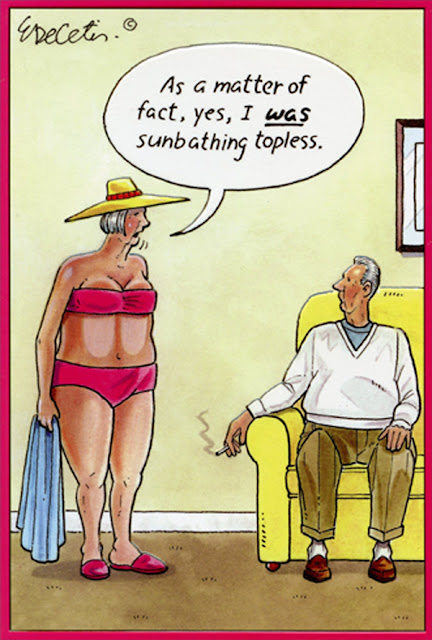 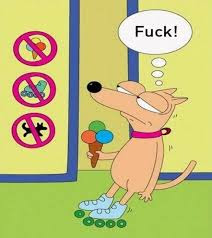 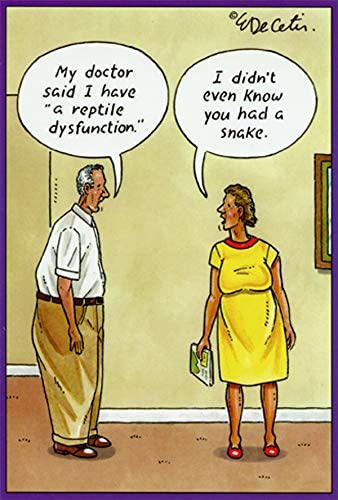 Juan Vega, the clam diver, found an injured sea otter and nursed it back to health. From the moment the grateful otter was able to walk, it never left Juan's side. It even learned to dig for clams.

"But you're getting my husband and his otter. They bring up more clams than anyone else in town."

At the parole hearing, the officer asked, "Tell me, why should you be released early?" The inmate responded, "It’s bec..."

Inmate: I think I have..

Stopped by a roadside farm where I saw a sign that said "DUCK, EGGS".

I was contemplating the position of the comma when it hit me.