Another Friday and Christmas approaches. Things become more fervent and hectic as work becomes busier, planning and scheduling take on added importance and free dates in diaries become filled. So here is a brief interlude from the PYT - Pre Yuletide Tension - with some humour by having a laugh at the expense of the Welsh. 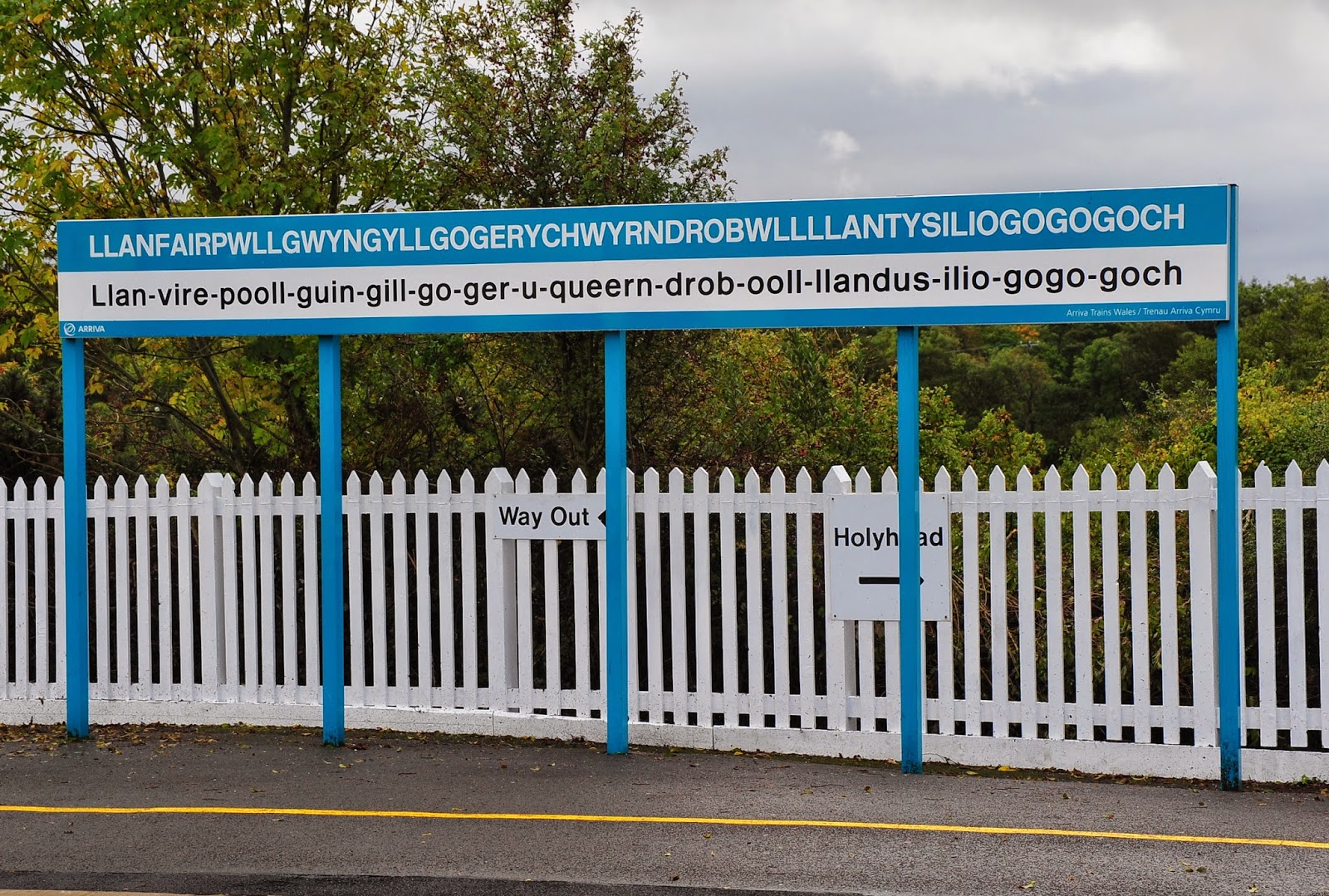 I used to go out with a Welsh girl that had 36DDs. It was a ridiculously long name.

My wife asked me if I was having an affair with a woman from Llanfairpwllgwyngyllgogerychwyrndrobwyllllatysiliogogogoch. 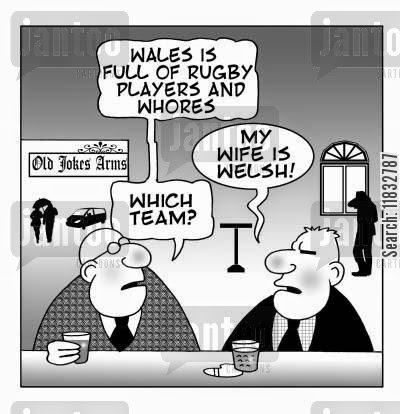 Three friends married women from different parts of the world. The first married a Greek girl and told her that she was to do the dishes and cleaning. It took a couple of days, but on the third day he came home to see a clean house.

The second man married a Thai girl and gave her the same orders, to do all the cleaning and cooking. The first day he didn’t see any results but by the third his house was clean and dinner was on the table.

The third man married a Welsh girl. He ordered her to keep the house clean, dishes washed, lawn mowed and dinner ready for 6pm.

For the first two days he didn’t see anything, but by the third day, some of the swelling had gone down and he could see a little out of his left eye. 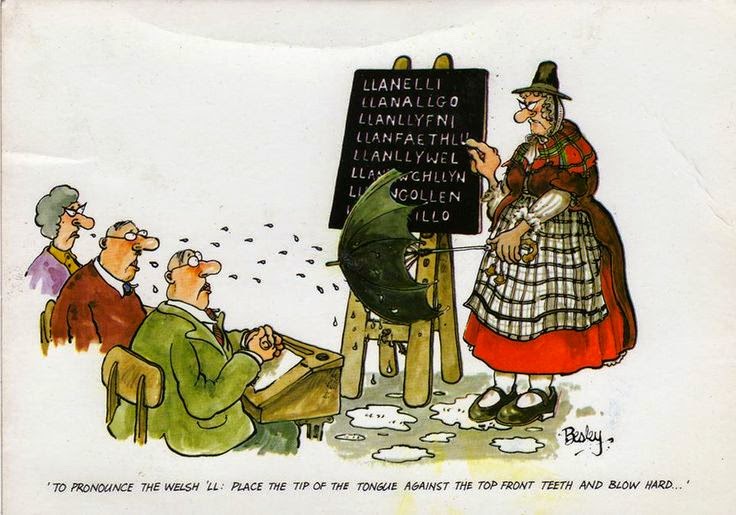 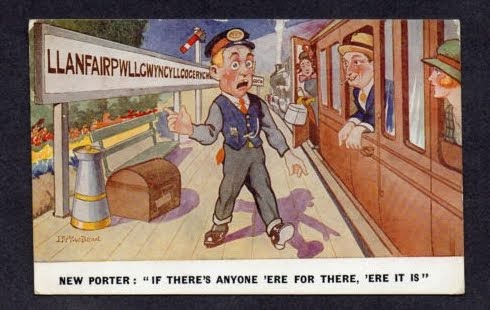 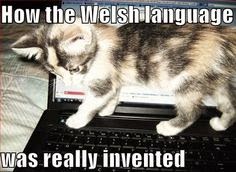 On a beautiful summer’s day, two English tourists were driving through Wales.

At Llanfairpwllgwyngyllgogerychwyrndrobwyllllantysiliogogogoch they stopped for lunch and one of the tourists asked the waitress: “Before we order, I wonder if you could settle an argument for us. Can you pronounce where we are, very, very, very slowly?”

The girl leaned over and said:

Elton John thinks sorry seems to be the hardest word.

He clearly hasn’t been to
Llanfairpwllgwyngyllgogerychwyrndrobwllllantysiliogogogoch. 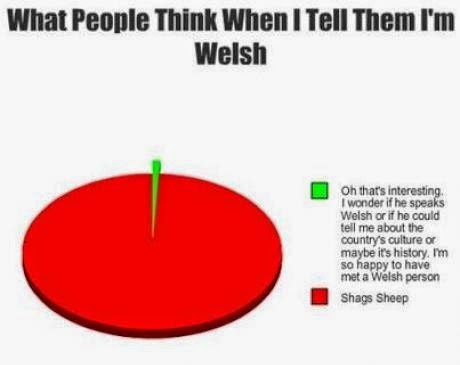 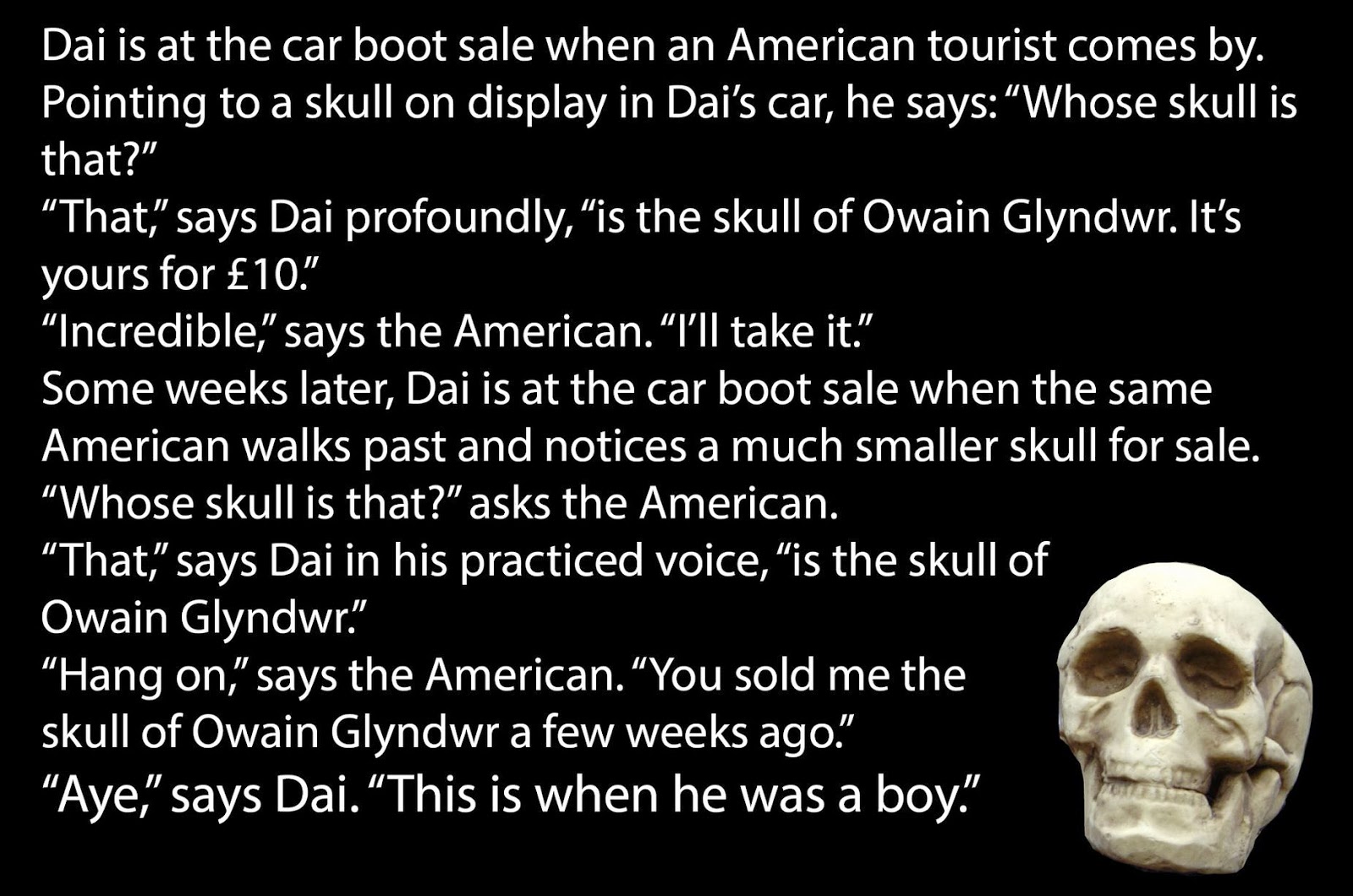 My wife made the allegation "I think you've had an affair with that Welsh tart, from
Llanfairpwllgwyngyllgogerychwyrndrobwllllantysiliogogogoch". 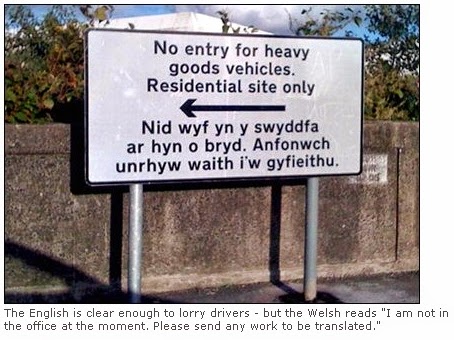 A welsh bloke is having a driving lesson when the instructor says, "Can you make a U-turn?"

The Taffy replies, "Make a ewe turn? I can make its fucking eyes water!"

Does anyone else feel sorry for the Welshman?

He never gets invited to the pub by the Englishman, Irishman and Scotsman.. 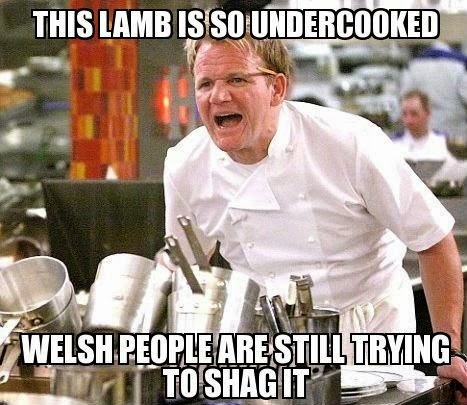 I went to see my friend earlier and as usual let myself in without knocking. As soon as I heard him I knew something was wrong so quickly ran up behind him and gave him the Heimmlich Manoeuvre, assuming he was choking on something. The stupid twat hadn't told me he was learning Welsh so how was I to know?

We lost all the vowels from our Scrabble set. So I sold it on Ebay as a Welsh edition.

My grandma was talking to her 75 year old neighbour, "I'm going to that new movie 'Moby Dick', do you want to come?" "Oh no,no," says her neighbour, "I don't like those sex films." "It's a film about whales silly" says grandma. To which her friend replies..... "I can't fuckin stand the Welsh either!!!"

Just heard on the national news that ships' captains have been instructed to avoid Wales when spotted.  I'll go along with that.

I'm getting really quick at the cryptic crossword in The Times.

It's weird how the last answer is always in Welsh dialect though. 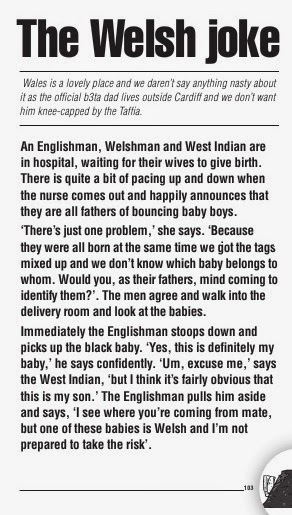 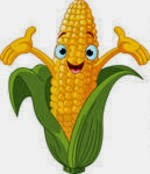 I’m Welsh and I live in London. People often say to me “You miss Wales?”

I say “No, I look nothing like her. She’s got long blonde hair and wears a sash.”