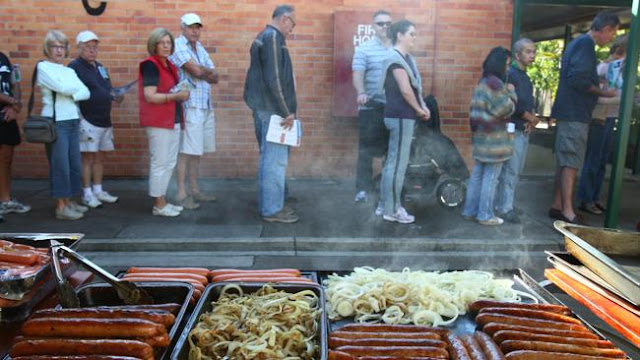 As the election in the US looms closer, we in other countries have difficulty in comprehending not only the US political process but also the manner of voting.
Some differences . . .
In Oz: 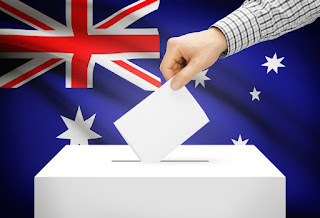 - We vote for the candidates within our respective political electorates.
- The party with the most members in Parliament forms the government.
- If the leading party has insufficient numbers, it may form an alliance with a minor party or its members to obtain an electoral majority, termed a coalition.
- The parliamentary members of the parties elect their leaders, not the voters.
- Likewise, the parliamentarians can dump their leaders, witness Rudd, Gillard, Abbot and Turnbull.
- As in the US, the winner of the popular vote does not necessarily form government, it depends on the number of seats won
- However, our voting system is termed “preferential voting” – let’s assume that a certain electorate has 100 people eligible to vote. Of those 100 voters, 40 vote for candidate A, 35 for B and 25 for C. In theory, A should be elected to Parliament as having won the greatest number of votes, known as “first past the post”. However, although 40 voters wanted A, 60 voters did not. On that basis, the second choices of the candidate with the lowest number are distributed until a clear majority choice emerges. If there is still not a majority, the second choices of the candidate with the next lowest number of votes are distributed.
- For that reason, ballot papers require all spaces to be numbered ie first choice, second preference etc. It can be simplified by giving choice Number 1 to a party, with the party having declared its preferential distribution beforehand.
- As a result of the above and by the proliferation of candidates standing for election in the Senate etc, there have been complaints in the last years of the increasing size of ballot papers.
- Unlike the US, where apparently voting is electronic, we here in Oz go to the polling station (usually a hall, a school assembly room etc) and write our ballot choices in by pencil.
- We have a system of voting absentee before and if one is unable to attend a polling booth on the actual election day but this requires an attendance at the post office or like venue, although my recollection is that I did vote absentee online a few years back.
- Voting in Australia is compulsory, a fine applying unless there is a reasonable explanation offered for not voting after checking is carried out on who did not vote.
- Unlike the US where voting is on a Tuesday, our elections (Local, State and Federal Government) are always held on a Saturday.
- It is rare to find a polling place in Oz these days where there is not a community group holding a sausage sizzle as a means of fund raising, these being colloquially termed “democracy sausages”. 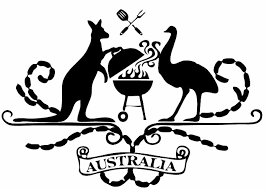 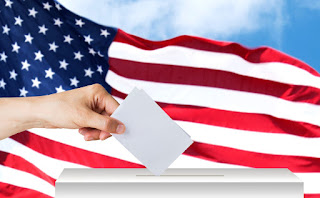 - The election of the president and the vice president of the United States is an indirect election in which citizens of the United States who are registered to vote in one of the fifty U.S. states or in Washington, D.C., cast ballots not directly for those offices, but instead for members of the Electoral College.
- These electors then cast direct votes, known as electoral votes, for president, and for vice president.
- The candidate who receives an absolute majority of electoral votes (at least 270 out of 538) is then elected to that office.
- If no candidate receives an absolute majority of the votes for president, the House of Representatives chooses the most qualifying candidate for the presidency; if no one receives an absolute majority of the votes for vice president, then the Senate elects the vice president.
- Once chosen, electors generally cast their electoral votes for the candidate who won the plurality in their state, but 18 states do not have provisions that specifically address this behaviour; those who vote in opposition to the plurality are known as "faithless" or "unpledged" electors.
- In modern times, faithless and unpledged electors have not affected the ultimate outcome of an election, so the results can generally be determined based on the state-by-state popular vote.
- In addition, most of the time, the winner of a US presidential election also wins the national popular vote. There were four exceptions since all states had the electoral system we know today. They happened in 1876, 1888, 2000, and 2016 and were all losses of three percentage points or less.
- Although generally states award all their electoral college votes to whoever won the poll of ordinary voters in the state, two states (Maine and Nebraska) divide up their electoral college votes according to the proportion of votes each candidate receives.
- This is why presidential candidates target specific "swing states" - states where the vote could go either way - rather than trying to win over as many voters as possible across the country.

The above discussion, and my thinking about the differences in the electoral processes, is a result of seeing an item on Bored Panda about how long it has taken for some people to wait in line to cast their votes early at polling stations. The post is called “People On Twitter Explain How American Voting Works And People From Other Countries Can’t Believe It” and it can be viewed by clicking on:
https://www.boredpanda.com/voting-in-us-other-countries-difference/?utm_source=newsletter&utm_medium=referral&utm_campaign=Newsletter
Here are some images from that item: 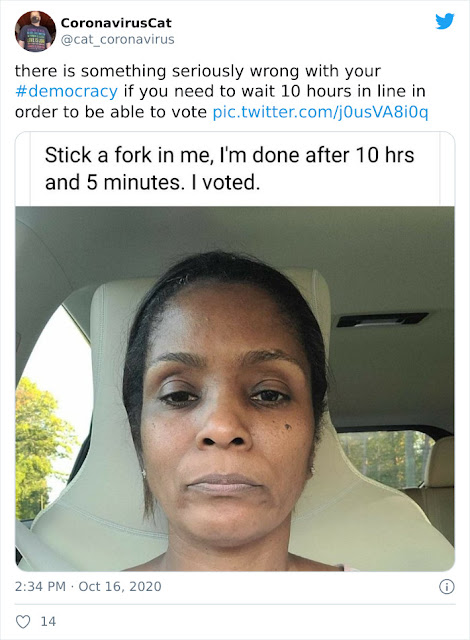 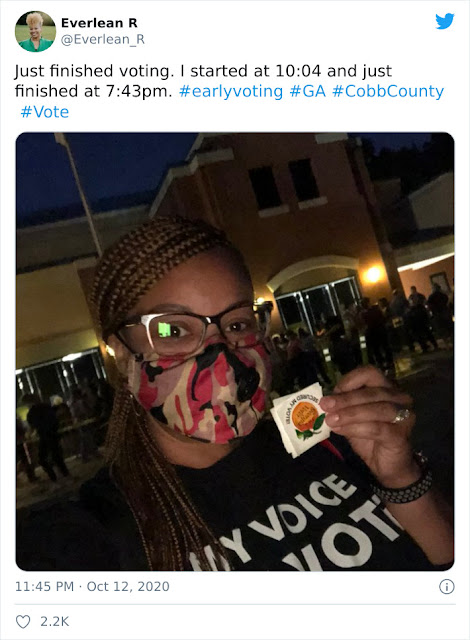 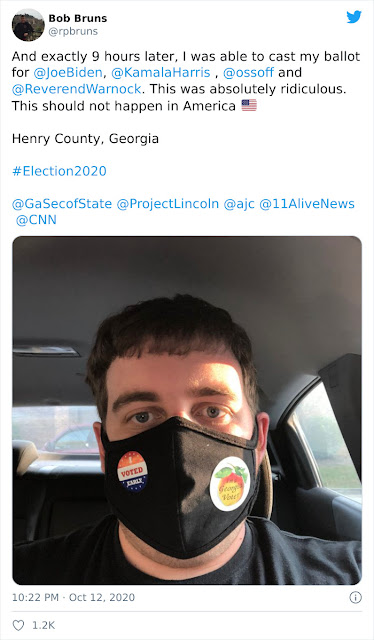 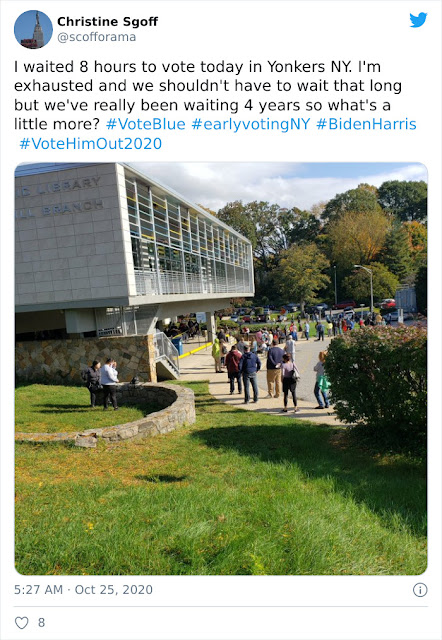 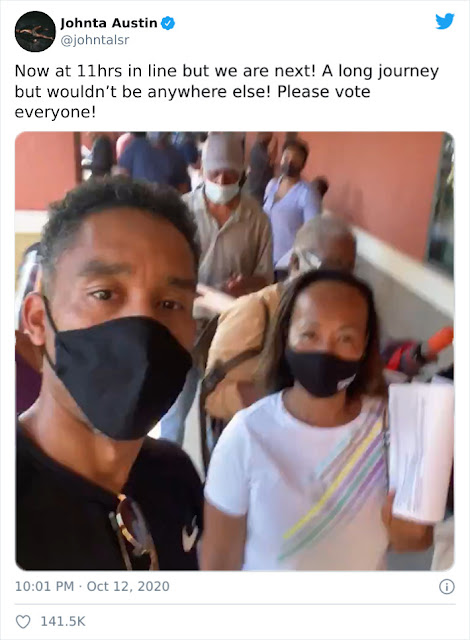 There are videos shown in the post of people waiting in pouring rain.
Someone asked how long voting takes outside of the US? . . . 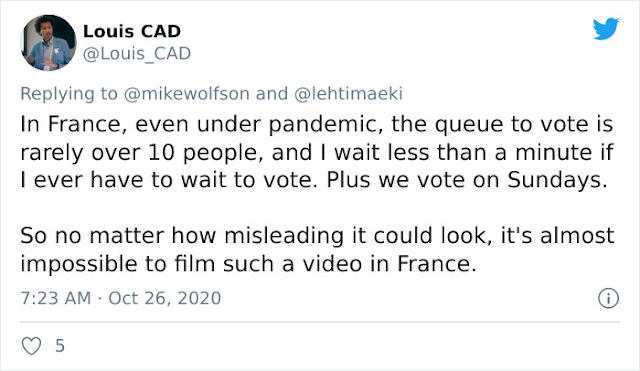 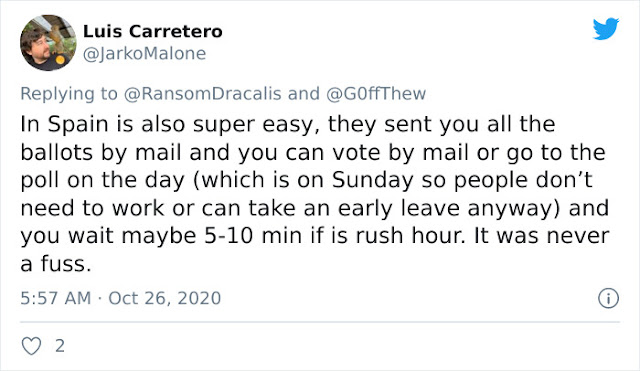 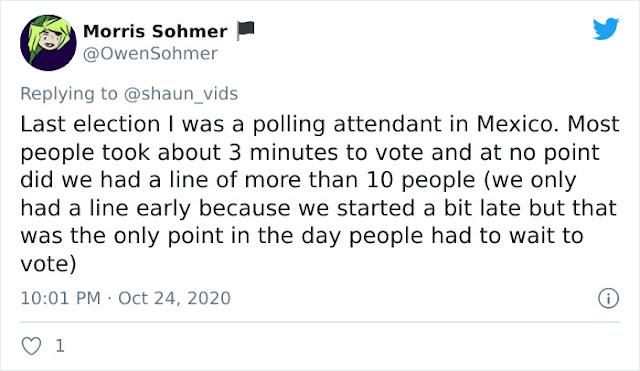 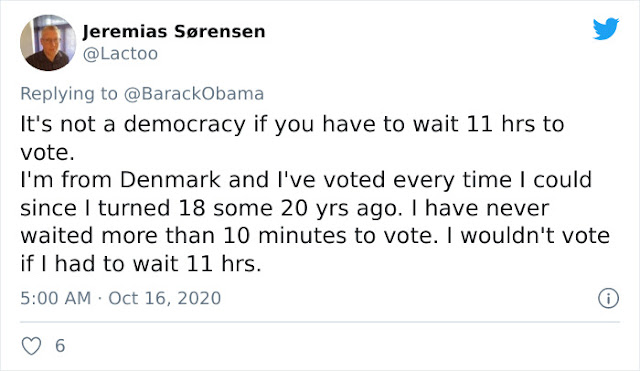 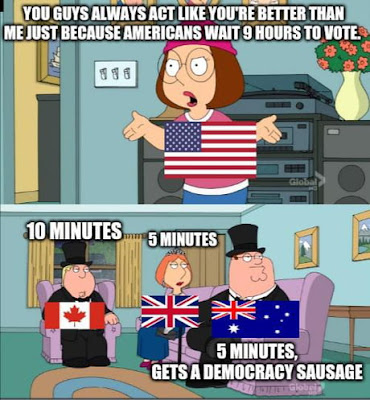