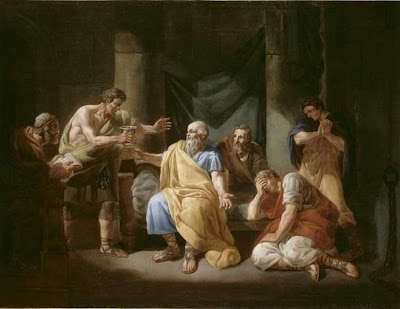 "I was really too honest a man to be a politician and live."
-  Attributed to Socrates (469-399 BCE) by Plato in The Trial and Death of Socrates.
Socrates served as a soldier but later retired from political life to raise his children and to work at stonemasonry.  An inheritance from his father enabled him to spend his time in philosophy, spending his time in discussions with the young citizens of Athens, challenging them and and questioning their acceptance of current norms and accepted beliefs.  Condemned and convicted of corrupting the youth of Athens and of interfering with religion, he declined the opportunity to escape, drank the hemlock poison he was given and died in the company of his friends.
I must admit, however, that my Socratic knowledge has been permanently tainted by Bill and Ted's kidnapping of Socrats (in the movie continually pronounced So-crates) back to the future  in Bill and Ted's Excellent Adventure.  See one of the scenes at:
http://www.youtube.com/watch?v=2EwaFkPMdlY 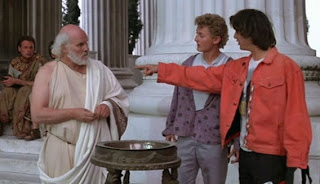 Bonus Post:
Now that Julia Gillard has finished negosiating with the Independents and is again PM, it is opportune to have a look at, and listen to,  Andrew Hansen's musical comment on our ranga... click on:
http://www.youtube.com/watch?v=49zF8m7ys24 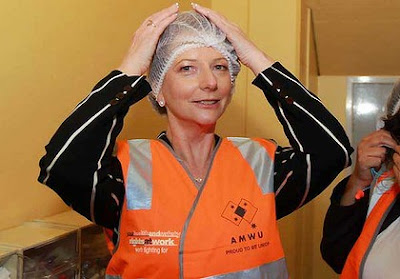 Thanks to Byter Di for drawing my attention to it.
Posted by BytesMaster at 1:14 AM