Mad About The Boy 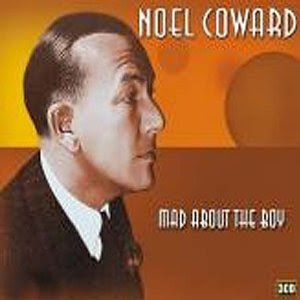 Some, no, many, years ago I first saw a movie called Paradise Road, a Bruce Beresford flick that tells the true story of a group of women in WW2, prisoners of the Japanese on Sumatra, who form a voice orchestra to help them bear the misery. I have seen it a number of times since and am still captivated by the opening scenes of Julie Anthony singing Mad About The Boy in a nightclub in Singapore. Unfortunately that clip is not available on the internet. If you have the opportunity of watching the movie, do so, you won’t be disappointed.
I love the song, a great jazz number that has been performed by numerous artists, the definitive and most widely known being the recording by Dinah Washington. It can be heard by clicking on the following link:
http://www.youtube.com/watch?v=jtLeiGSRRaQ
Take the time to also have a listen, and look, at versions by:
Jessica Biel from the 2008 film Easy Virtue. She is quite good:
http://www.youtube.com/watch?v=nTB57SNqbyg
Yul Brynner in drag from the film The Magic Christian. I know this will provoke an ewwww!! but as a female, he’s hot. That’s Roman Polanski at the bar:
http://www.youtube.com/watch?v=OA9QWbwqSws 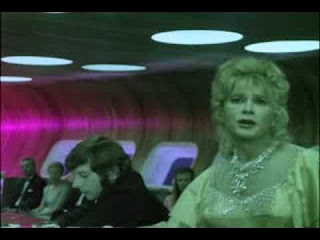 Anni-frid Lyngstadt, ex ABBA, in a 1970 big hair big eyelashes version, at:
http://www.youtube.com/watch?v=PU-fUUOIEbg
Cleo Laine:
http://www.youtube.com/watch?v=JbJ6-Rn7VIc
Esther Ofarim:
http://www.youtube.com/watch?v=Vhle0u7wLe0&feature=related
There is a version by Noel Coward singing it in 1932 in London. That recording was never released, although it is on some collections. I believe that this is the recording:
http://www.youtube.com/watch?v=qT_IKsE68p0
Noel Coward wrote the song for a 1932 London revue, Words and Music. The song concerns the unrequited love of the singer for a film star and, as originally written, it was sung by four different women who are queued outside a cinema, all pining for the matinee idol. For the New York Broadway version, Coward wrote additional verses that referred to gay feelings, effeminacy and conversion therapy. The verses ran foul of censorship laws and were never performed, references to homosexuality being forbidden. Coward himself was a homosexual but kept his sexuality hidden, believing that his sexuality was his own private business and not for public consumption. The fact that being outed as gay was the kiss of death to a career in those days and that homosexuality was a criminal offence in Britain until the 1960’s may also have been a strong factor.
The original lyrics are:
Mad about the boy
I know it's stupid to be mad about the boy
I'm so ashamed of it but must admit the sleepless nights I've had
About the boy
On the silverscreen
He melts my foolish heart in every single scene
Although I'm quite aware that here and there are traces of the cad
About the boy
Lord knows I'm not a fool girl
I really shouldn't care
Lord knows I'm not a school girl
In the fury of her first affair
Will it ever cloy
This odd diversity of misery and joy
I'm feeling quite insane and young again
And all because I'm mad about the boy
So if I could employ
A little magic that will finally destroy
This dream that pains me and enchains me
But I can't because I'm mad...
I'm mad about the boy
One of the verses in the straight version is
Mad about the boy,
It's pretty funny
But I'm mad about the boy.
He has a gay appeal that makes me feel
There's maybe something sad about the boy.
The word “gay” did not become synonymous with homosexual for another three decades but, according to the Encyclopaedia Of Homosexuality, the phrase "gay cat" meaning "a homosexual boy" first appeared in print in 1933. It is therefore likely that the use of the word gay for homosexual was already in use and that the straight lyrics include injokes by Noel Coward.
It has been speculated that the gay version was about Ramon Novarro, Rudolf Valentino or Cary Grant.
The lyrics to that version are:
Mad about the boy
I know it’s silly
But I’m mad about the boy
And even Dr Freud cannot explain
Those vexing dreams
I’ve had about the boy
When I told my wife
She said
“I never heard such nonsense in my life!”
Her lack of sympathy
Embarrassed me
And made me frankly glad about the boy.
My doctor can’t advise me
He’d help me if he could
Three time he’s tried to psychoanalayse me
But it’s just no good
People I employ
Have the impertinence
To call me Myrna Loy
I rise above it
Frankly love it
‘Cos I’m absolutely
Mad about the boy
Dinah Washington’s recording was popularised for a new generation in 1992 when it was used in an advertisement for Levi 501 jeans. The commercial takes its theme from a Burt Lancaster movie, The Swimmer. In the commercial a young man runs through an American suburban neighbourhood stripping down to only his jeans, invading private gardens and diving into a series of swimming pools in order to shrink his jeans. Washington's recording was re-released by Mercury as part of the advertising campaign,
See the advertisement at:
http://www.youtube.com/watch?gl=GB&v=RgGfvkaoGpc
Finally, for an alternative version, see and hear Miss Piggy sing “mad About the Frog” at:
http://www.youtube.com/watch?v=V_0gX4NfMsE 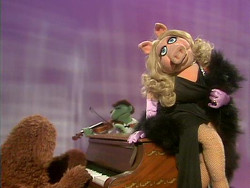 Email ThisBlogThis!Share to TwitterShare to FacebookShare to Pinterest
Labels: Mad About the Boy