I have previously posted Winston Churchill’s comments concerning his open fly and his package.  Read that post by clicking on:
http://bytesdaily.blogspot.com.au/2010/06/quotes-winston-churchill.html


At the risk of being thought to have an obsession with Winston’s willy, I share with you that I came across a pic of Sir Winston the other day that had me looking away and calling “My eyes!  My eyes!”  In 1922, in the days before paparazzi and gossip mags, Churchill was photographed emerging from the sea at Deauville, France.  He was then aged 48, having been born in 1874 (dying in 1965).  The Prime Ministerial pecker pic leaves little to the imagination.  The pic is also interesting in that the hands on hips walk and facial expression are suggestive of the steely resolve and determination to come in the later war years. 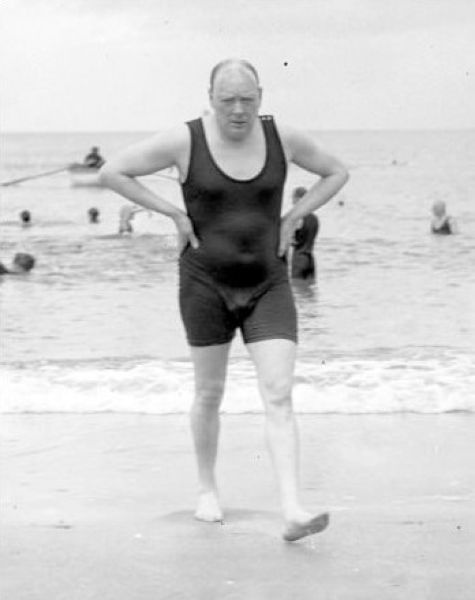 Here are some other early pre-paparazzi pics of Sir Winston in his swimming togs.  Taken in 1911 when Winston was Home Secretary, the first shows him in the water with wife Clementine , also in bathing outfit, in Dieppe, France.  The second is of Churchill after bathing in the waters of the Channel.  Note the stoney beach, the lack of swimmers and the number of fully clothed people on the pier. 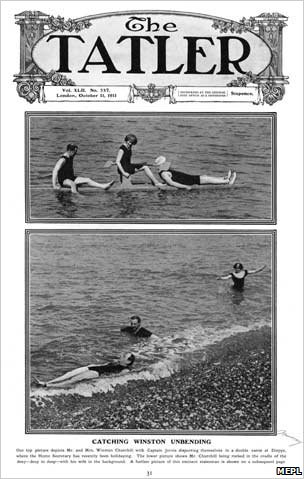 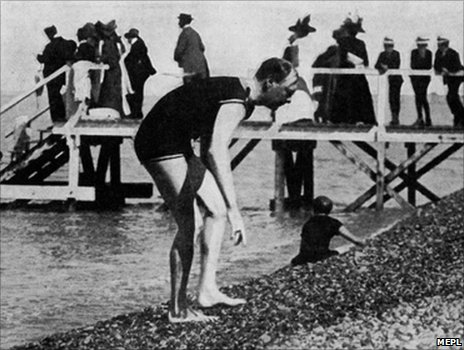