Continuing a photographic look at the non-Nazi use of swastikas . . . 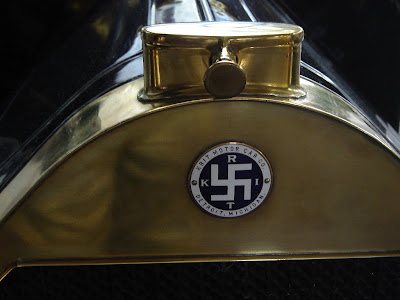 The Krit Motor Car Company (1909-1916), the name probably coming from the name of Kenneth Crittenden, a financial backer and designer of the cars, used the swastika as its emblem. 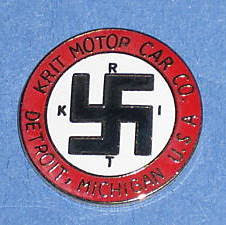 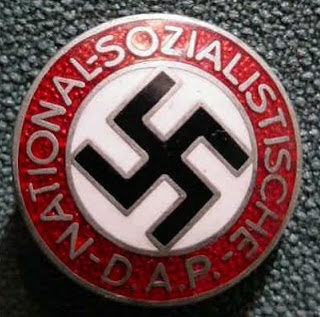 Note the similarity between the Krit emblem and the Nazi depiction of the swastika as regards the above designs.  The fact that Krit vehicles were exported to overseas countries (including Australia), with large numbers in Europe, has led to speculation by some writers that the Krit design may also have influenced Hitler's adoption of it. 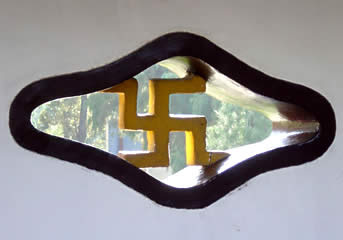 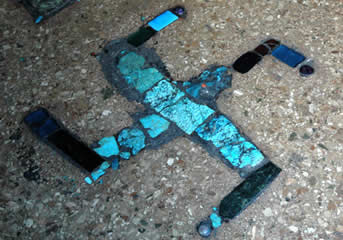 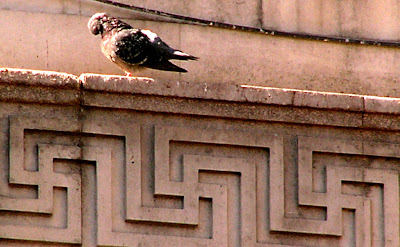 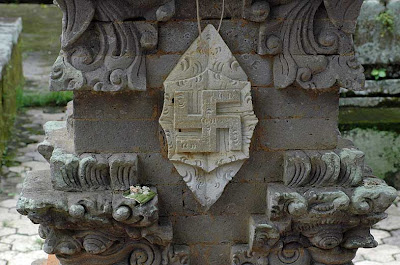 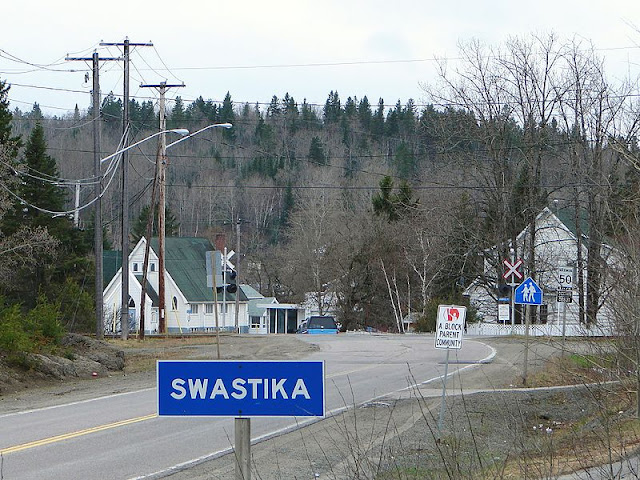 Swastika is also the name of a small town founded in 1908 around a mining site in Ontario, Canada.  The town was named after the Swastika Gold Mine, staked in 1907.  During World War 2 the government sought to change the town’s name to Winston, in honour of Winston Churchill, but the residents refused, pointing out that their town had been named Swastika long before Hitler and the Nazis had co-opted the symbol. By day the Ontario Department of Highways put up new signs; by night the residents took them down and erected their own signs with the name Swastika.  Residents today remain resistant to suggestions for change.

An embossed and airbrushed American postcard of the 1905 - 1910 era, bearing the legend "To Darling Baby," accompanied by a lavender swastika and a bunch of Lily-of-the-Valley flowers. 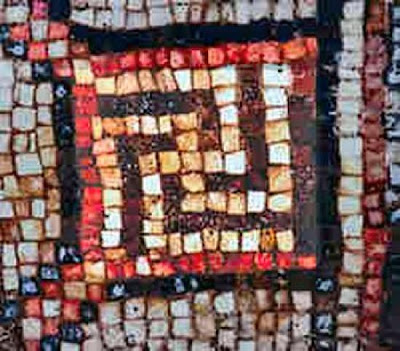 Swastikas have been found in ancient Jewish synagogues alongside the Star of David.  Excavations of a group of 3 synagogues, the Mooz Haim Synagogue, dating back to 400-600AD and discovered in 1974, at the Golan Heights have revealed floors paved with small stones of about 70 different hues depicting Itzhak's sacrifice, the Ark of the Covenant, inscriptions in Hebrew and Aramaic, traditional Jewish symbols, such as the menorah, customary national ornaments, and many different swastikas. 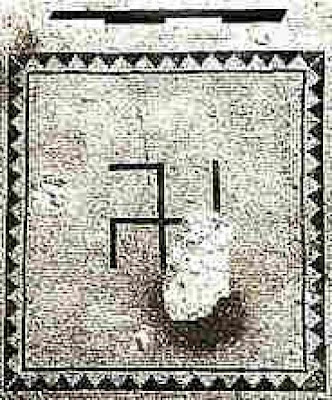 Google Earth’s east access to aerial views has revealed buildings shaped like swastikas, resulting in demands that those buildings be modified.  Many of those demands have come from activist Jewish groups and individuals: 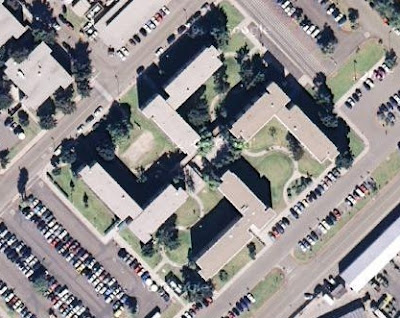 The four unconnected buildings pictured above forming a swastika are part of the Coronado Naval Amphibious Base at San Diego and were built in 1967. The Navy has stated that it  did notice the shape during construction, but decided that no-one would ever see it from above so there was no point in wasting the money starting again with a new design.  The advent of Google Earth has changed that and now the US Navy will spend $600,000 in landscaping and new structures to break up the pattern in order to eliminate complaints over it. It has been suggested that the two buildings to the left of the swastika building symbolically represent bombers on their way to destroy the swastika (see first photo). 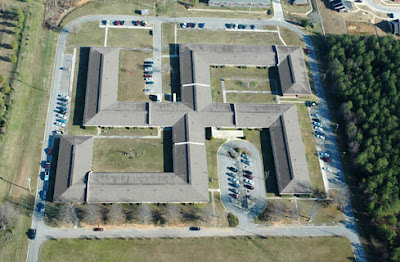 In Alabama, Wesley Acres is a care facility that houses 117 residents.  It also is in the shape of a swastika from the air.  The building is owned by the government, was designed in the mid 1970’s and was built in 1980.  Renovations and extensions in 2001 saw the addition of two wings which created the s Prompted by complaints from a Jewish activist, the agency that owns the government-funded building is planning to alter its shape to disguise the Nazi symbol.


Avrahaum Segol, an Israeli-American researcher, claims the swastika shape is homage to German scientists who designed the V2 rockets launched against Allied targets in World War II.  The scientists were brought to nearby Huntsville after the war to work on the NASA spaceships which would eventually put man on the moon.  He says that the Alabama retirement home is a "sister building" to the swastika-shaped barracks at Naval Base Coronado and says they were both part of a government-funded conspiracy to honour Nazis. 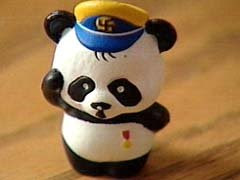 In 2002, Christmas crackers containing plastic toy pandas sporting swastikas were pulled from shelves after complaints from consumers in Canada. The manufacturer, based in China, explained the symbol was presented in a traditional sense and not as a reference to the Nazis, and apologised to the customers for the cross-cultural mixup. (But is that a medal that the panda is wearing on its chest?) 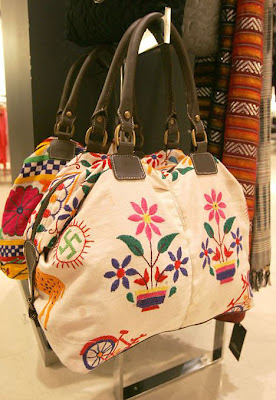 In 2007, Spanish fashion chain Zara withdrew a handbag from its stores after a customer in Britain complained swastikas were embroidered on it. The bags were made by a supplier in India and inspired by commonly used Hindu symbols, which include the swastika.

To be continued - the concluding Part 4 will focus on vintage postcards.

Posted by BytesMaster at 9:44 AM