Before my death I expel the former Reichsmarschall Hermann Goering and deprive him of all the rights he may enjoy by virtue of the decree of June 29, 1941, and also by virtue of my statement in the Reichstag on September 1, 1939. I appoint in his place Grossadmiral Doenitz as President of the Reich and Supreme Commander of the Armed Forces.

Goering and Himmler, by their secret negotiations with the enemy, without my knowledge or approval, and by their illegal attempts to seize power in the state, quite apart from their treachery to my person, have brought irreparable shame to the country and the whole people.

In order to give the German people a government composed of honorable men, who will fulfil their duty of continuing the war by all available means, I, as the Fuehrer of the nation, nominate the following members of the new Cabinet. . ."


from his last Will and Testament, dictated by Hitler to his secretary in his Berlin bunker a day before committing suicide with his new bride Eva Braun.

It was prompted by:
· Hitler’s receipt of a telegram from Reichsmarschall Hermann Göring asking for confirmation of Göring's succession;
· receipt of news of Heinrich Himmler's attempted negotiations of surrender with the Western Allies; and
· reports that Red Army troops were within a block or two of the Reich Chancellery.

Hitler committed suicide on 30 April,945, 2 days before the surrender of Berlin and a week before the end of WW2 in Europe. 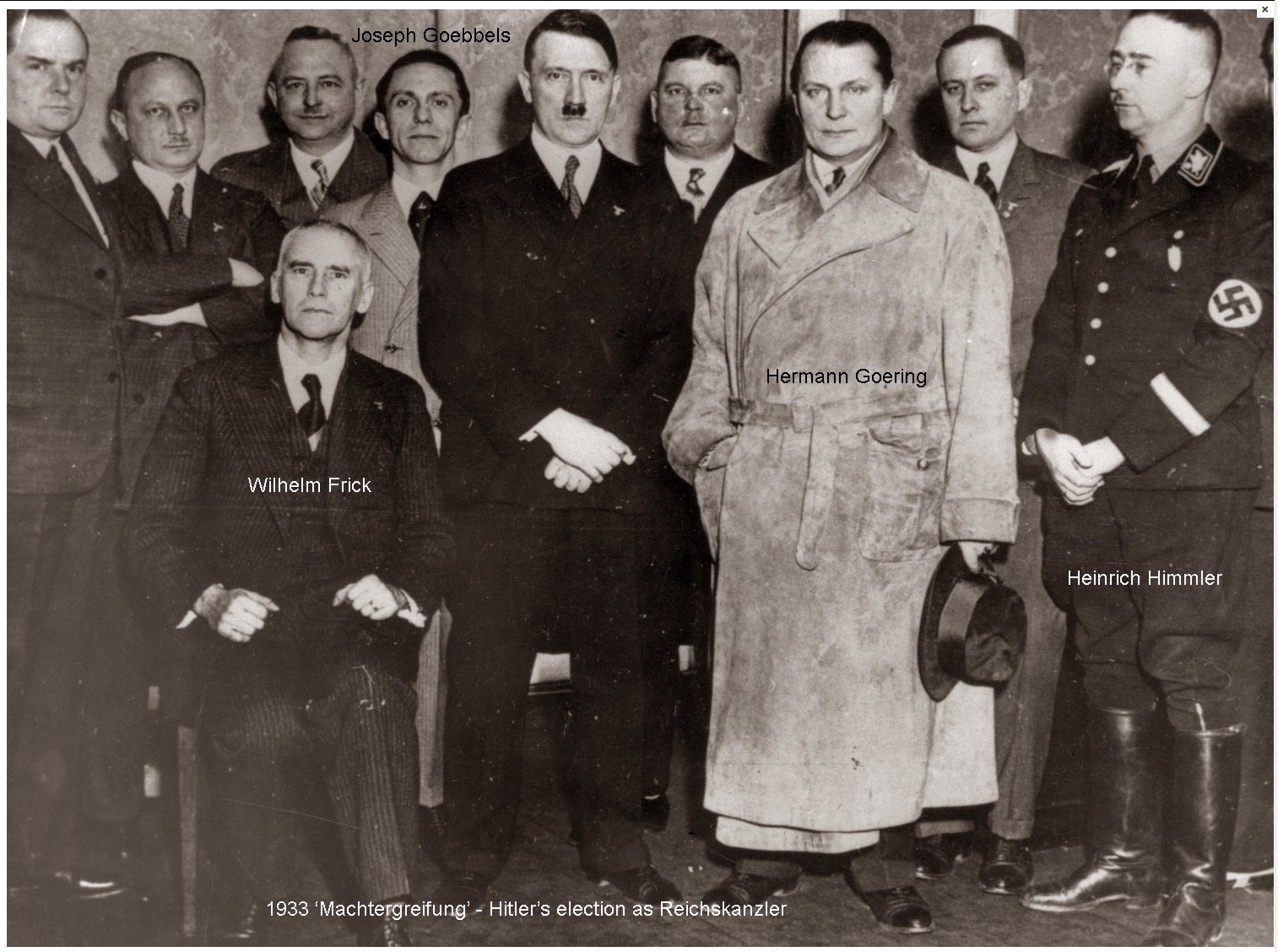 Hitler and party faithful on election, 1933 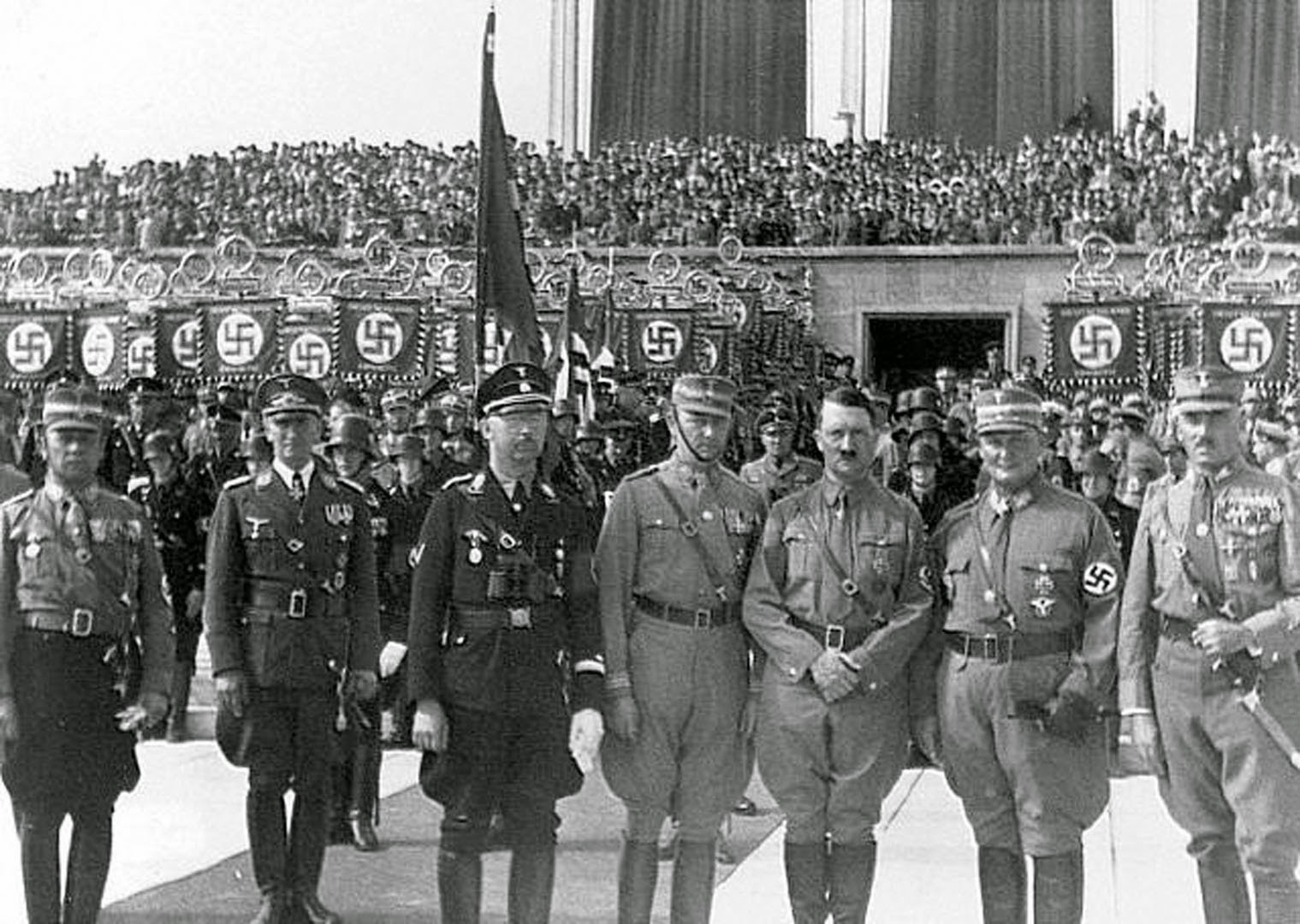 Hiter with Goering and Himmler at a Nremburg Rally

Posted by BytesMaster at 2:31 AM