These days the Sydney skyline is filled with tower cranes, those big cranes with the long projecting arms and a concrete block at the other end, positioned on the top of buildings.

The cranes with the long arm at right angles are called tower cranes: 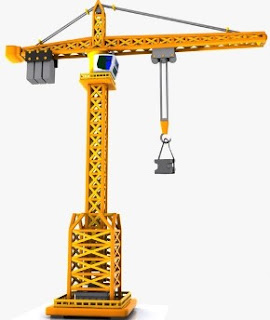 These are the parts of the crane:

Mast: the main supporting tower of the crane. It is made of steel trussed sections that are connected together during installation.

Slewing unit: the slewing unit sits at the top of the mast. This is the engine that enables the crane to rotate.

Jib: the jib, or operating arm, extends horizontally from the crane. A "luffing" jib is able to move up and down; a fixed jib has a rolling trolley that runs along the underside to move goods horizontally.

Hook: the hook (or hooks) is used to connect the material to the crane. It hangs at the end of thick steel cables that run along the jib to the motor.

How do they get built?

Tall tower cranes, that is, those that can’t be built using a mobile (truck) crane because they are too high, have a device that wraps around the crane and rises, allowing more sections to be inserted. 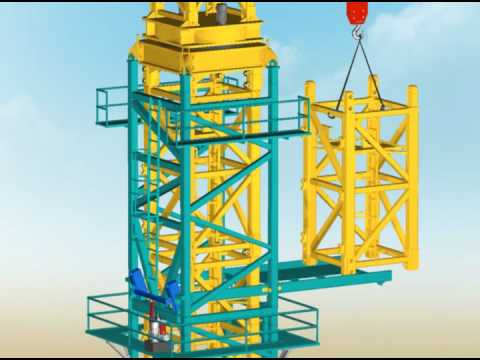 To see how that is done, click on the following links:
http://imgur.com/gallery/dTSHCNY
This is a helpful animation (the pic above is from that animation) showing how a tower crane is erected.

This is how it starts off: 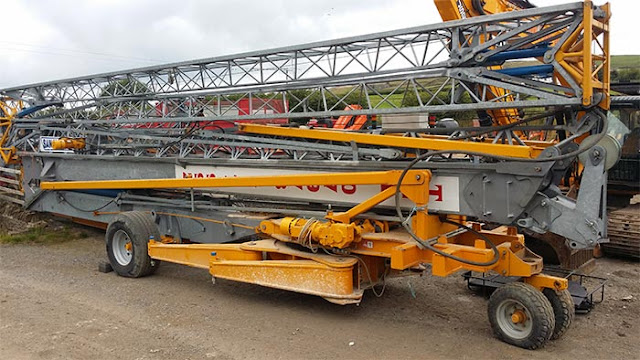 How do the operators get to the cabin?

Mostly they climb but if the cabin is, or gets to be, major high, a lift can be installed for part of the way.

“In the case of a super high rise project like Burj Khalifa (2720′ tall), the crane tower is periodically braced back to the partially constructed tower and crane operators can use construction lifts (elevators) to get to the last point of bracing and then climb ladders from there.” 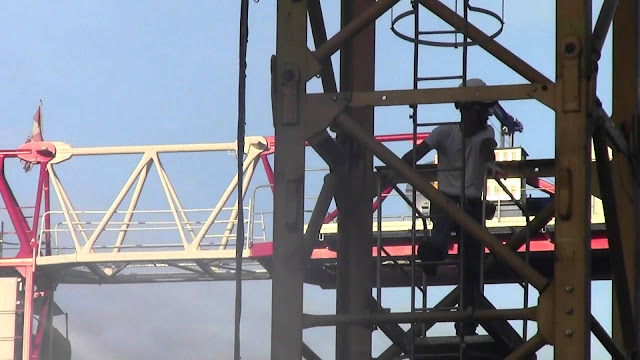 How do the operators go to the toilet? 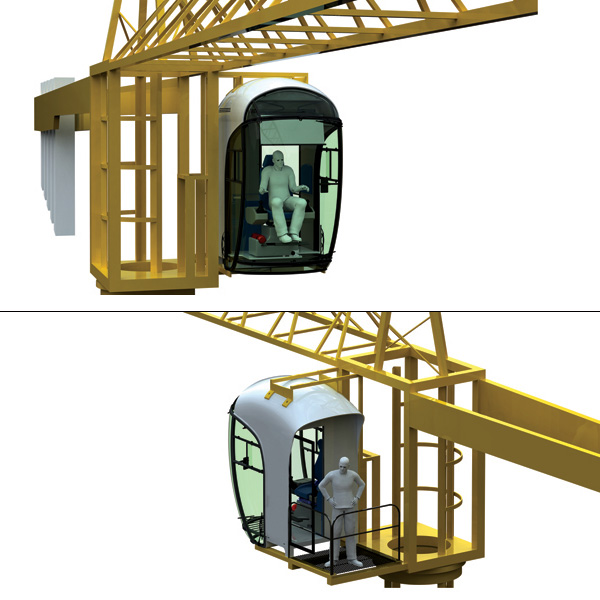 As you can see from the above, the cabin is only small and there is no toilet.

The following Yahoo Answers link addresses this issue, namely that they use either a bottle or a bucket depending on whether it’s Number 1’s or Number 2’s (could get a bit smelly if you ask me).

A comment from the site:  “In a bottle!!! It's called truckers lemonade, check along motorways you'll find gallons!”

There is now also a new product that enables an operator to pee in a chemical bag.

The Peebol is a disposable urinal bag which converts liquid into a deodorized non-spill gel within seconds. The bag can be used multiple times, holds up to one litre and can be disposed of in a regular waste bin. Manufacturers Shewee believe the Peebol is also perfect for sites with no toilet facilities where workers are often forced to hunt for the nearest public loo to answer the call of nature. One crane driver said: “This sounds like a great idea but it’s just a question of whether contractors will provide this or simply leave us going in a bottle.” 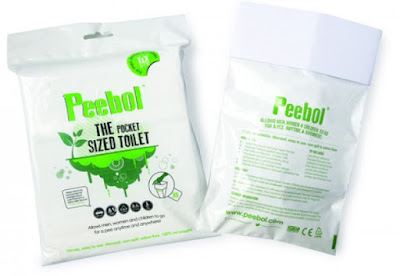 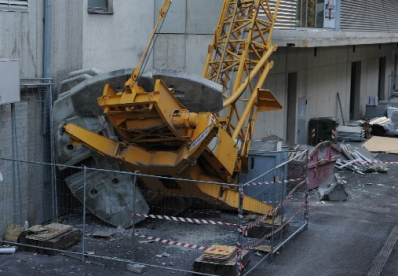 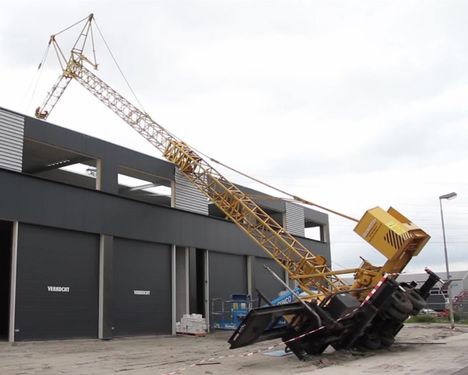 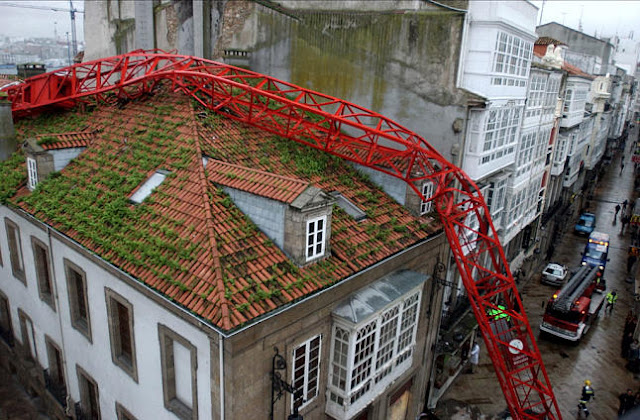 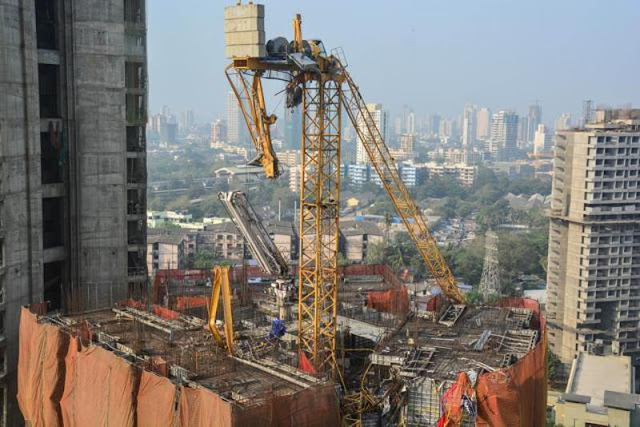 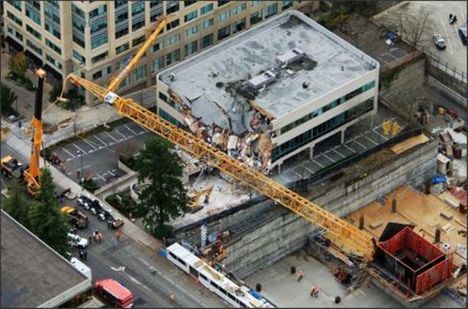 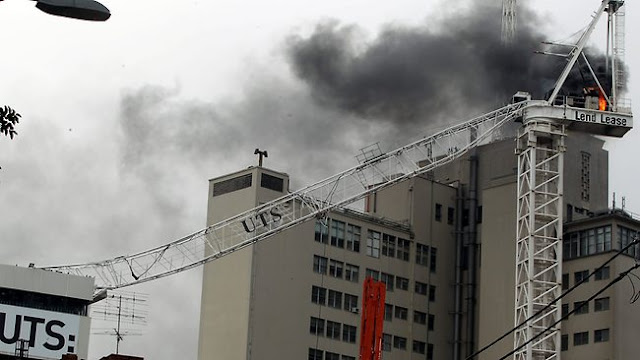 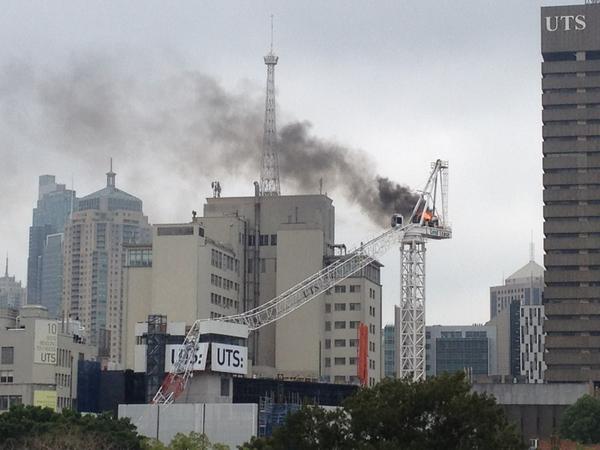 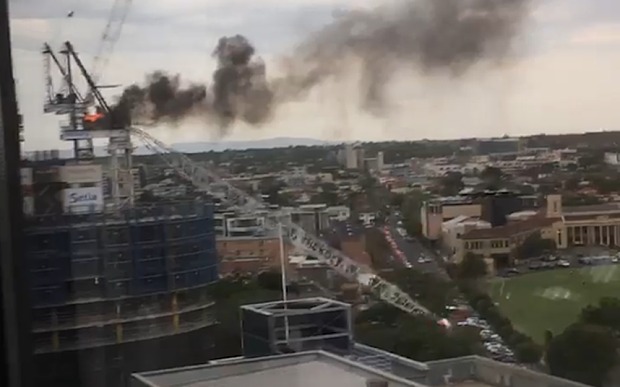 Not all crane operators are male: 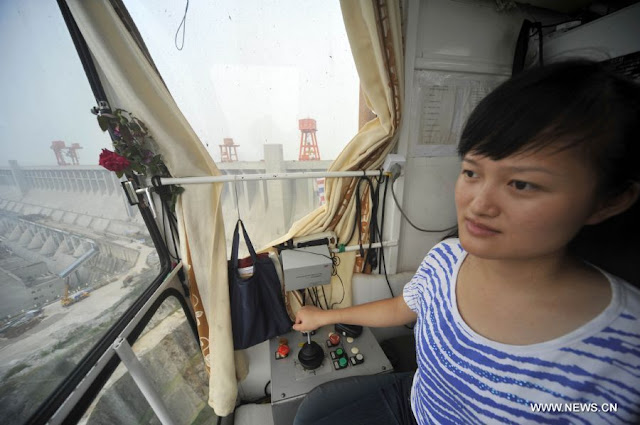 Chen Xiuming operates a tower crane at the construction site of a ship lift of the Three Gorges Project in Yichang, central China's Hubei Province

And working in a small cab without air-conditioning and toilet was also an ordeal for crane operators like Chen, especially in summer. Chen said she had to drink little while working since the toilet was a climb of nearly 100 meters away.

But the girl, who was born in the neighboring Hunan Province, believed that her work meant something to the people living around the Three Gorges area."I feel very proud of what I have been doing here," Chen said, "although not in a romantic way." 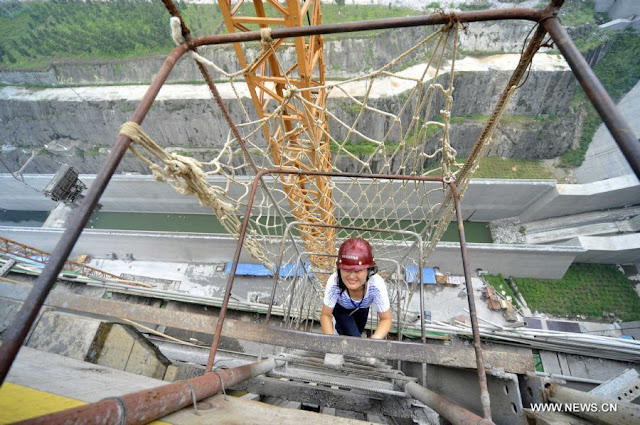 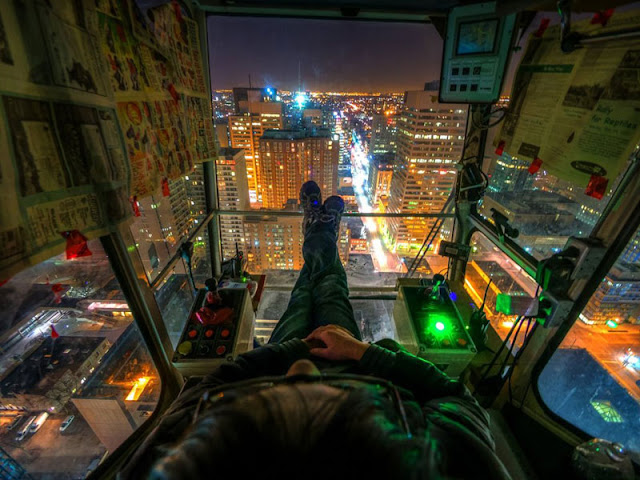 Posted by BytesMaster at 6:31 AM