This week’s Funny Friday comes to you in a different format to what you are used to. This week it’s not a collection of jokes but a homage to reality: a continuation of great replies and comebacks.

I issue a caution however that the following items include many that are of a risqué nature, so cross the line only at your own peril . . .  or perhaps enjoyment . . .

Okay, you all knew these classics had to come so let’s get them out of the way early . . . 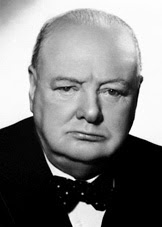 Winston Churchill (1874 – 1965) was a British statesman, army officer, and writer, who served as Prime Minister of the United Kingdom from 1940 to 1945 and again from 1951 to 1955. As Prime Minister, Churchill led Britain to victory during the Second World War. Translated from Swedish, his citation upon receiving the Nobel Prize in Literature in 1953 reads, "for his mastery of historical and biographical description as well as for brilliant oratory in defending exalted human values". Those who have seen The King’s Speech will be aware that the great orator in fact suffered from a speech impediment that he had to work to overcome. Although some sources cite his impediment as a stutter, it has also been argued that Churchill’s speech problem was a lisp. He could not pronounce the letter “S” and never really learned to do so—so he turned it into a prop, exaggerating words like his famous “Narzzsseess” for “Nazis.” Churchill was also renowned as prodigious drinker, an image which he himself liked to promote. It is conceded by most historians that he was not an alcoholic. 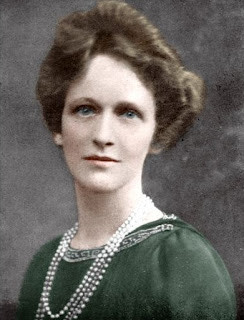 Nancy Astor (1879 – 1964) was an American citizen who moved to England at age 26. She made a second marriage to Waldorf Astor as a young woman in England. After he succeeded to the peerage and entered the House of Lords, she entered politics, in 1919 winning his former seat in Plymouth and becoming the first woman to sit as a Member of Parliament in the House of Commons, serving until 1945.

It has been said that at a 1912 dinner party at Blenheim Palace, the Churchill family estate, Lady Astor become tired of an inebriated Winston Churchill pontificating on a subject. Finally she snapped at him: “Winston, if I were your wife I would put poison in your coffee.”

Churchill responded "Nancy, if I were your husband I would drink it."

At least one author has argued that the exchange didn’t happen and that it is an older joke recycled:
http://www.telegraph.co.uk/politics/0/sir-winston-churchill-quotes-famous-lines-never-said/

The following exchange between Winston Churchill and Bessie Braddock has, however, been verified as accurate by Churchill's bodyguard Ron Golding, who heard his boss say it. 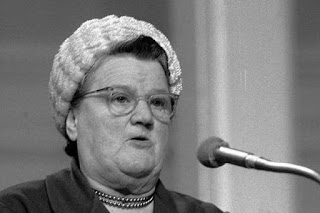 Bessie Braddock (1899 – 1970) was a British Labour Party politician who served as Member of Parliament (MP) for the Liverpool Exchange division from 1945 to 1970. Braddock gained a national reputation for her forthright campaigns in connection with housing, public health and other social issues.

Bessie Braddock to an inebriated Winston Churchill:
“Winston, you are drunk.”

Churchill, in reply:
"Madam, you are ugly, but I will be sober in the morning." 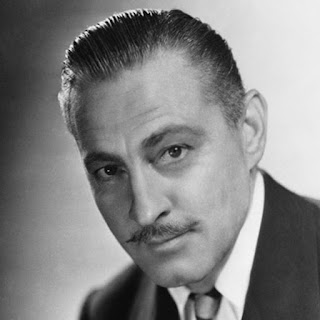 John Barrymore (1882 – 1942) was an American actor on stage, screen and radio., also the grandfather of Drew Barrymore. Known as the Great Profile, he featured in silent films and in early sound films. He struggled with alcohol abuse from the age of 14, was married and divorced four times, and declared bankruptcy later in life. The Great Profile died in 1942 from cirrhosis of the liver and kidney failure, complicated by pneumonia. Errol Flynn's memoirs claim that the film director Raoul Walsh borrowed Barrymore's body before burial to leave his corpse propped in a chair for a drunken Flynn to discover when he returned home. Gene Fowler, a close friend of Barrymore, denies the claim. MRDA 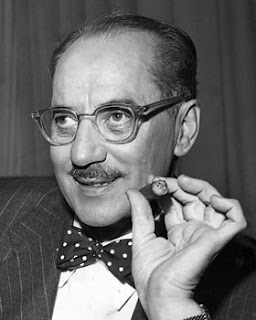 Julius Henry Marx (1890 – 1977), known professionally as Groucho Marx, was an American comedian, writer, stage, film, radio, and television star. He was known as a master of quick wit and is widely considered one of the best comedians of the modern era. He made 13 feature films with his siblings the Marx Brothers, of whom he was the third-born. He also had a successful solo career, most notably as the host of the radio and television game show You Bet Your Life.

Btw: I have been watching full episodes of You Bet Your Life on Youtube. Well worth the watch.  Google the episode "crazy eyes".

It has been suggested that this is another of one of the great comebacks never actually said.

A woman with 12 children made a guest appearance as a contestant on Groucho Marx’s quiz show You Bet Your Life.

Groucho: “You have 14 children? Why do you have so many kids?”

Woman: “Because I love my husband”.

Groucho: “I love my cigar too, but I take it out of my mouth every once in a while.” 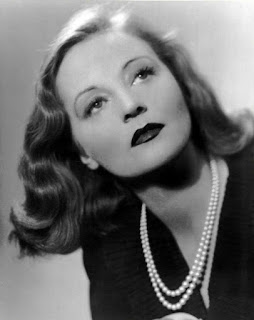 Tallulah Bankhead (1902 – 1968) was an American stage and screen actress. Bankhead was known for her husky voice, outrageous personality, and devastating wit. Originating some of the 20th century theater's preeminent roles in comedy and melodrama, she gained acclaim as an actress on both sides of the Atlantic. Bankhead became an icon of the tempestuous, flamboyant actress, and her unique voice and mannerisms are often subject to imitation and parody. Bankhead hailed from a prominent Alabama political family — her grandfather and uncle were U.S. Senators and her father served as Speaker of the House of Representatives. Her support of liberal causes such as civil rights broke with the tendency of the Southern Democrats to support a more typically aligned agenda and she often opposed her own family publicly. 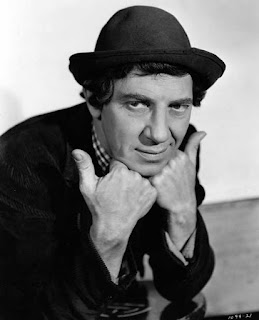 Leonard Marx (1887 – 1961), known professionally as Chico Marx, was an American comedian, musician, bandleader, actor and film star. He was a member of the Marx Brothers (Groucho Marx, Harpo Marx, and Zeppo Marx). His persona in the act was that of a charming, dim-witted albeit crafty con artist, seemingly of rural Italian origin, who wore shabby clothes and sported a curly-haired wig and Tyrolean hat. In virtually every film that includes the main trio of the Marx Brothers, Chico is seen working with Harpo Marx, usually as partners in crime.

In an interview with Dick Cavett, which appeared in a 1993 television documentary “The Unknown Marx Brothers",  Cavett told of Bankhead meeting Chico Marx at a party. This was before she had become famous, and when she was still prominent for being the daughter of William B Bankhead, Alabama politician, member of the US House of Representatives and Speaker of the House.

Marx had been cautioned to not display any of his typically crude comments and behaviour. The two met over the punch bowl and exchanged greetings:

Everyone breathed a sigh of relief.

Chico: “You know, I really want to fuck you.”

Tallulah: “And so you shall, you old fashioned boy.” 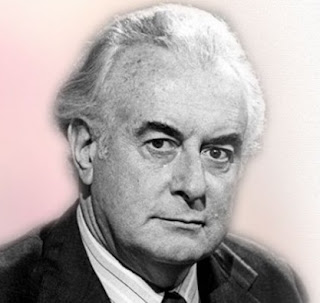 Edward Gough Whitlam (1916 – 2014) was the 21st Prime Minister of Australia, serving from 1972 to 1975. The Leader of the Labor Party from 1967 to 1977, Whitlam led his party to power for the first time in 23 years at the 1972 election. He won the 1974 election before being controversially dismissed by the Governor-General of Australia, Sir John Kerr, at the climax of the 1975 Australian constitutional crisis. Whitlam remains the only Australian prime minister to have his commission terminated in that manner.

On being repeatedly pestered by a heckler on the campaign trail wanting to know Whitlam’s stance on abortion:

“Let me make quite clear that I am for abortion and, in your case Sir, we should make it retrospective.”

And finally, some visual ones: 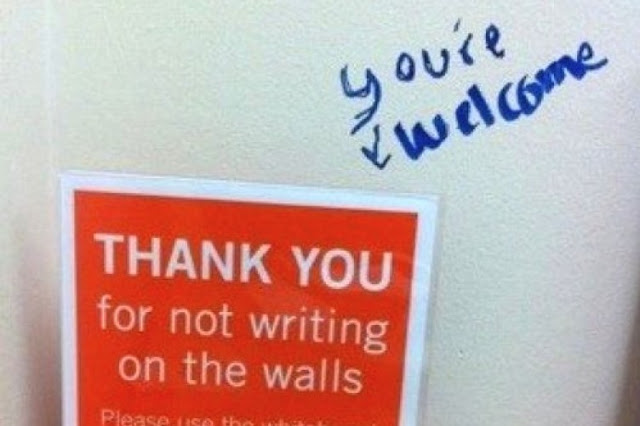 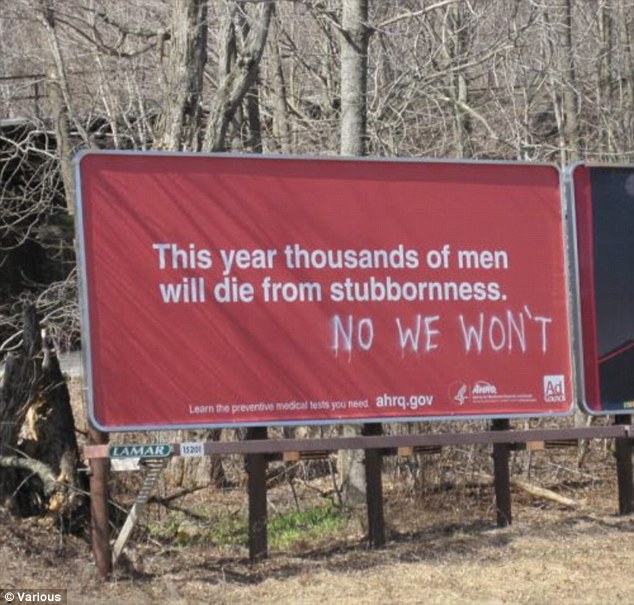 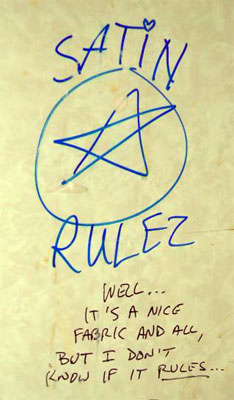 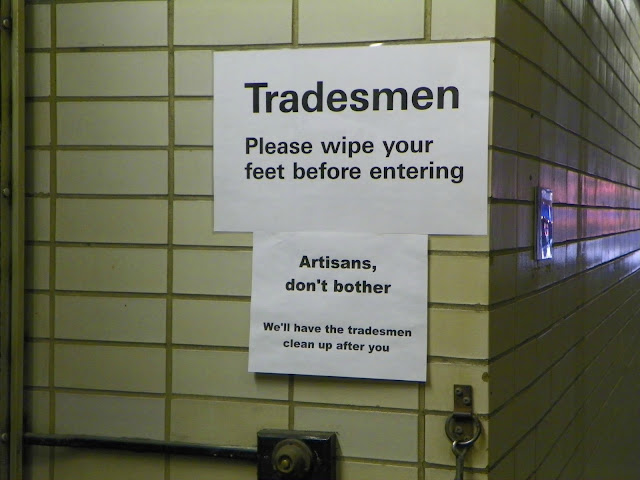 Posted by BytesMaster at 1:01 AM