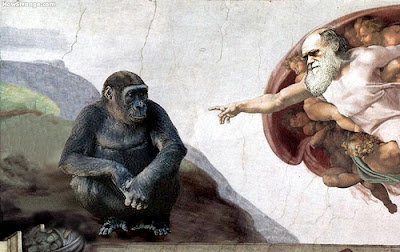 Softly Softly Catchee Monkey
Meaning:
Achieving success requires careful and quite planning and strategy.
Origin:
Lord Baden-Powell, the founder of the Boy Scouts (and the author of the unfortunately named “Scouting For Boys”) spent time in Ghana with the Ashanti. Whilst there he heard the phrase used:

If it were not for the depressing heat and the urgency of the work, one could sit down and laugh to tears at the absurdity of the thing, but under the circumstances it is a little "wearing." But our motto is the old West Coast proverb, "Softly, Softly, Catchee Monkey"; in other words, "Don't flurry; patience gains the day." It was in joke suggested as a maxim for our levy of softly-sneaking scouts, but we came to adopt it as our guiding principle, and I do not believe that a man acting on any other principle could organise a native levy on the West Coast-and live.

Monkey On My Back
Meaning:
1. drug addiction
2. a state of constant worry and distress
Origin:
The expression dates from the 1940’s, a jazz term for heroin addiction. The implication is that dealing with heroin is as difficult as having a monkey continually on one’s back.

Everybody’s Got Something to Hide Except for Me and My Monkey
The title of a song written by John Lennon for the Beatles White Album. The expression comes from a quote by the Maharishi Maresh Yogi that “Everybody’s got something to hide.” In respect of the “except me and my monkey” part, George Harrison has stated that he did not "know where that came from".
John Lennon said in 1980 that “me and my monkey” referred to himself and Yoko Ono:

That was just a sort of nice line that I made into a song. It was about me and Yoko. Everybody seemed to be paranoid except for us two, who were in the glow of love. Everything is clear and open when you're in love. Everybody was sort of tense around us - you know, 'What is she doing here at the session? Why is she with him?' All this sort of madness is going on around us because we just happened to want to be together all the time.
John Lennon
Rolling Stone, 1980

Paul McCartney believes that the monkey was not Yoko Ono but heroin, hence the words in the song “The deeper you go the higher you fly". Apart from the monkey reference being a drug term, as noted above, Lennon and Ono had begun using heroin in 1968, the same year as the song was written.

He was getting into harder drugs than we'd been into and so his songs were taking on more references to heroin. Until that point we had made rather mild, oblique references to pot or LSD. Now John started talking about fixes and monkeys and it was a harder terminology which the rest of us weren't into. We were disappointed that he was getting into heroin because we didn't really see how we could help him. We just hoped it wouldn't go too far. In actual fact, he did end up clean but this was the period when he was on it. It was a tough period for John, but often that adversity and that craziness can lead to good art, as I think it did in this case.
Paul McCartney
Many Years From Now, Barry Miles

One Monkey Don’t Stop the Show
Meaning:
A minor glitch should not be allowed to interrupt the main proceedings or project.
Origin:
Believed to originally be an African-American proverb. It first appeared as a title of a blues song in 1955 and was covered by The Animals, as well as Joe Tex in the 60s

Posted by BytesMaster at 2:36 AM