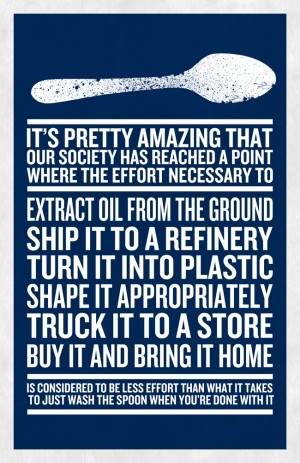 Prehistoric people used shells as spoons, which explains the Greek and Latin words for spoon being derived from cochlea, a spiral shaped snail shell. The Anglo-Saxon word spoon gets its origin from the Old English word spon, meaning a chip or splinter of wood. Northern Europeans used bits of wood with concave surfaces as spoons. Early spoons were also made from metals, ivory, bone, horn and later, pottery.

The Romans used two types of spoons as shown above, dating from the 1st Century AD. The first was known as a ligula, had a pointed oval bowl and was used for soups and soft foods. The second was a cochleare, a small spoon with a rounded bowl that was used for eating shellfish and eggs. Early English spoons resemble Roman spoons as a result of Roman influence during the Roman occupation of Britain (43AD-410AD).

Until about 1700, when table settings started being used, people carried their own spoon with them for eating, much the same way as we carry a wallet and car keys today. The wealthier classes carried a silver spoon.  This was usually an indicator of being part of the middle class rather than of royalty and aristocracy which frequently used gold spoons. Someone born into a wealthy family was said to have been born with a silver spoon in his mouth but the expression may also have an origin in the practice in many countries of godparents presenting a silver spoon to a child at christening. The first recorded use of the phrase was in America in 1801, in a speech made in U.S. Congress: "It was a common proverb that few lawyers were born with silver spoons in their mouths." In 1988, Texas State Treasurer Ann Richards said of the well-born and wealthy George Bush: "Poor George, he can't help it - he was born with a silver foot in his mouth."

No doubt young people are asking “What does it mean ‘I want to spoon.’?”

Until about 1950, the expression “to spoon” or “spooning” meant what is today referred to as “fooling around.”

As already noted, the word “spoon” came from the Old English “spon”, meaning a chip of wood. People used chips of wood with concave surfaces to transport liquids to the mouth. From about 1340 AD the modern sense of a dining utensil was being used. In the late 18th century the word “spoon” came to also denote a shallow, foolish person. That sort of behaviour was called “spoony”. By the early 1800’s a young man in love was said to “be spoons about her” and by 1831 “spooning” had come to mean “courting”, particularly in an excessively sentimental fashion. 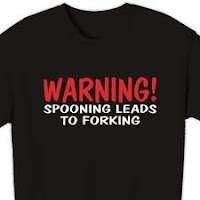 The wooden spoon is a real or mock award given to the team that comes last in a competition. It is a common reference to the last team in Australian football commentaries.

The term originates from the University of Cambridge and dates back to the late 18th century. The earliest recorded usage is from 1803. The university awarded three levels of degrees and the student who scored the lowest exam mark but still earned the lowest degree was awarded a wooden spoon. In contrast, the lowest placed students in the first class and second class degree category were known as the “golden spoon” and the “silver spoon”. When the wooden spoon student came forward to collect his degree from the Vice Chancellor, a wooden spoon was dangled from the upstairs balcony. The university banned the practice of hanging the spoon from the balcony in 1875. Over the years the wooden spoon presented to the student became quite large. The last wooden spoon was awarded to Cuthbert Lempriere Holthouse in 1909: 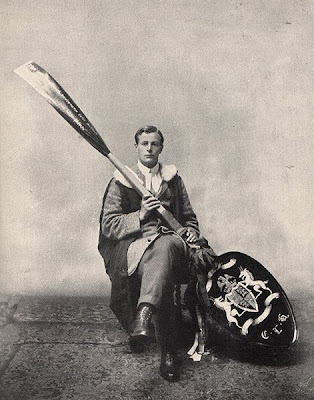