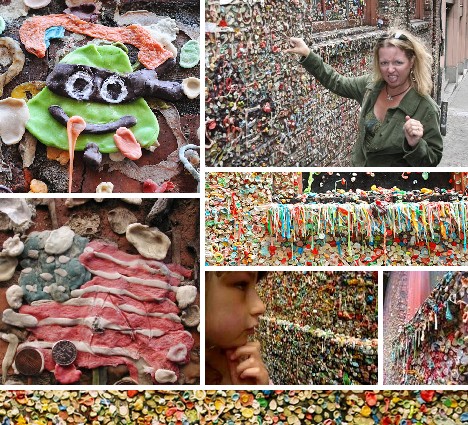 In the early 1990’s, people had to wait in line to get tickets to Theatresports at the Market Theater in Seattle. The box office for the Market Theater was near an alley called Post Alley and the patrons, annoyed at having to queue for tickets, began sticking their chewing gum on the wall of the alley. The gum was also used to stick small coins onto the wall. The theatre people twice had a clearing of the blobs of gum but the blobs kept reappearing, eventually without the coins. On the basis that if you can’t lick them, join them (ha ha) and recognising that removal was a failing effort, the theatre people decided in 1999 to leave the chewing gum there. That decision may have been helped by the wall having been certified one of Seattle’s tourist attractions. Today the wall, which measures approximately 6 metres high (15 feet) and 16 metres long (50 feet) is covered in gum up to 5 centimetres (2 inches) or more thick. The practice of sticking gum on the wall continues to the present day, including names, hearts and peace signs made from gum. Be warned that in 2009 the Seattle Gum Wall came second, after the Blarney Stone, in a list of the germiest tourist attractions. 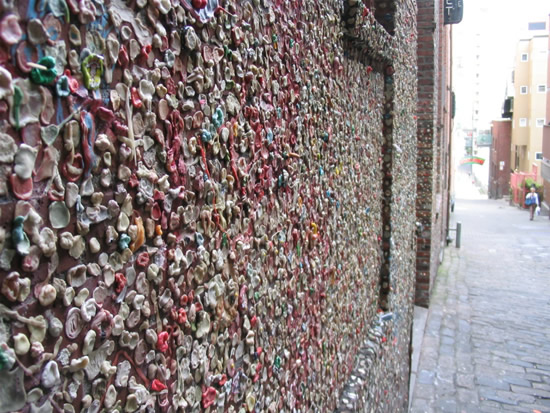 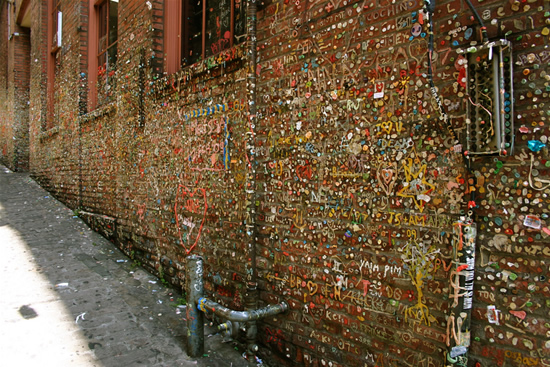 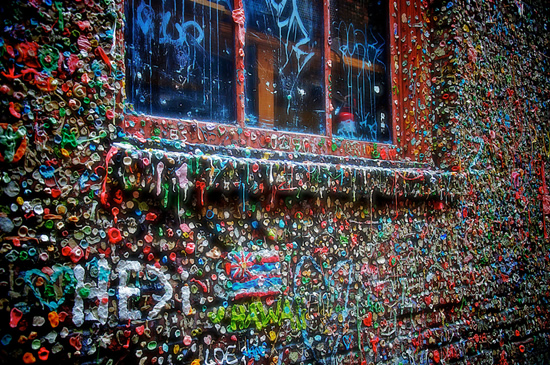 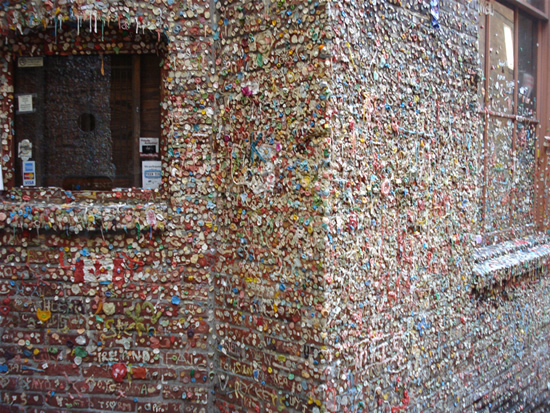 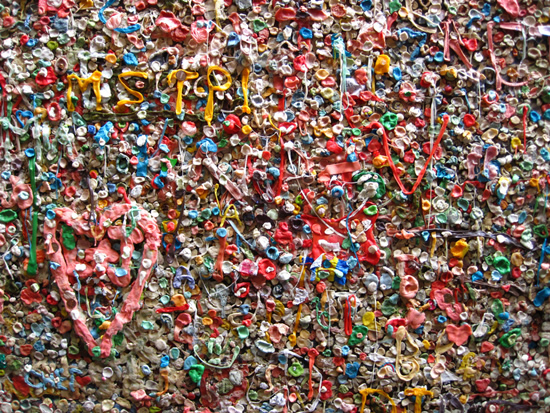 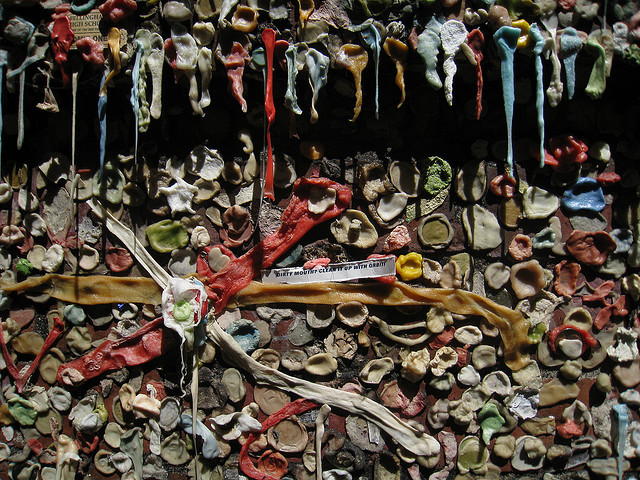 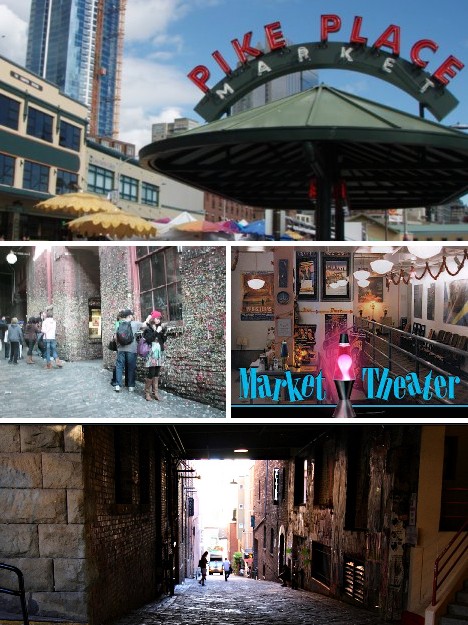 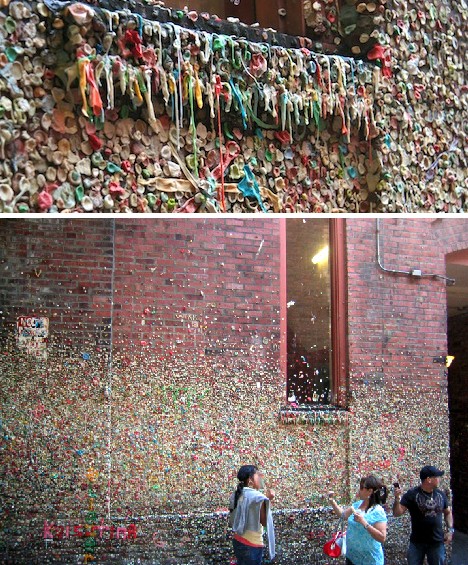 How do they get the gum that high? Standing on shoulders? 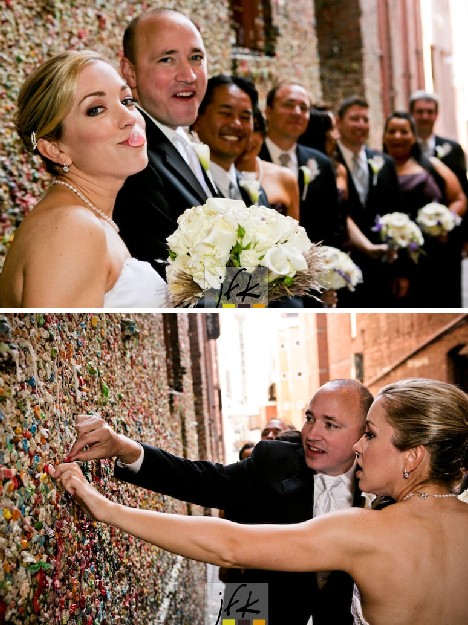 The Gum Wall is now a favourite spot for wedding photographs.

Posted by BytesMaster at 5:38 AM