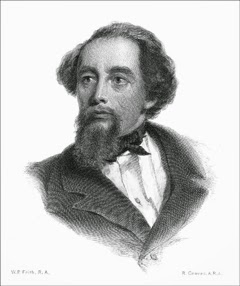 "A merry Christmas, uncle! God save you!" cried a cheerful voice. It was the voice of Scrooge's nephew, who came upon him so quickly that this was the first intimation he had of his approach.

He had so heated himself with rapid walking in the fog and frost, this nephew of Scrooge's, that he was all in a glow; his face was ruddy and handsome; his eyes sparkled, and his breath smoked again.

"Christmas a humbug, uncle!" said Scrooge's nephew. "You don't mean that, I am sure."

Scrooge having no better answer ready on the spur of the moment, said "Bah!" again; and followed it up with "Humbug."

Charles Dickens’ A Christmas Carol has become part of the Christmas tradition. The novella, first published in 1843, tells the story of Ebenezer Scrooge, the mean spirited and miserly old man who is visited by the Ghosts of Christmas Past, Christmas Present and Christmas Yet to Come. Like The Grinch Who Stole Christmas, his heart is transformed to one of love and joy as he comes to understand people and the spirit of Christmas. The book has been in print since first publication and has been turned into films, animations, radio plays, stage plays, songs, ballet, opera and more.

Some trivia and information . . .

According to Richard Kelly, Dickens influenced many aspects of Christmas that are celebrated today in Western culture, such as family gatherings, seasonal food and drink, dancing, games and a festive generosity of spirit.

"What else can I be," returned the uncle, "when I live in such a world of fools as this? Merry Christmas! Out upon merry Christmas! What's Christmas time to you but a time for paying bills without money; a time for finding yourself a year older, but not an hour richer; a time for balancing your books and having every item in 'em through a round dozen of months presented dead against you? If I could work my will," said Scrooge indignantly, "every idiot who goes about with 'Merry Christmas' on his lips, should be boiled with his own pudding, and buried with a stake of holly through his heart. He should!"

· His clothes were so raggedy that sometimes strangers put money into his hand, thinking he was a beggar, notwithstanding that he served three terms in parliament.

· He let his estates fall into ruin because of his unwillingness to spend money on repairs and maintenance.

· When his legs were injured, he let the doctor treat only one and wagered him that the untreated one would heal faster. Elwes won the bet by 2 weeks. 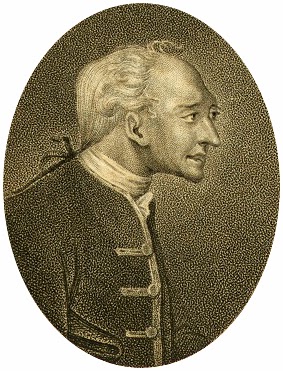 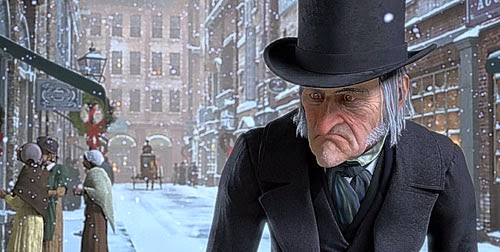 Dickens created his classic character Scrooge after seeing the gravestone of Ebenezer Scroggie while filling in time on a lecture visit to Edinburgh in 1842. The novelist misread the surname on the gravestone as Scrooge and thought "mealman", which referred to Scroggie's career as a corn trader, was 'Meanman'.

According to Peter Clark, a political economist and former Conservative ministerial aide who has researched the issue in life, Scroggie was a rambunctious, generous and licentious man who gave wild parties and impregnated the odd serving wench.ks of a hapless countess.

"Scroggie was not mean-spirited, but he did attract the admonition of the Church of Scotland by having a child out of wedlock to a servant in 1830. It is alleged he ‘ravished’ her upon a gravestone. Still, what else was there to do in Edinburgh in 1830? Perhaps Scroggie’s most delightful claim to fame was the result of his dramatically halting proceedings at the General Assembly of the Church of Scotland, when he "goosed" the Countess of Mansfield during a particularly earnest debate. It fairly dampened the proceedings.”

Just as Hitler killed the name Adolf, so A Christmas Carol caused Ebenezer to nose dive as a choice of name for babies by parents.

The word “humbug”, today meaning a person who behaves in a deceptive or dishonest way, often in hoax or jest, dates back to the early 18th century. It was first described in 1751 as student slang, and recorded in 1840 as a "nautical phrase". It is not clear as to which language created the expression but all explanations hark back to a meaning of deception and untruth. It is now also often used as an exclamation to mean nonsense.

Scrooge’s exclamations at people expressing joy at Christmas – Bah! Humbug! - indicates Scrooge’s opinion of those others and Christmas. That it is a waste of time and that those who express joy have been deceived by it. 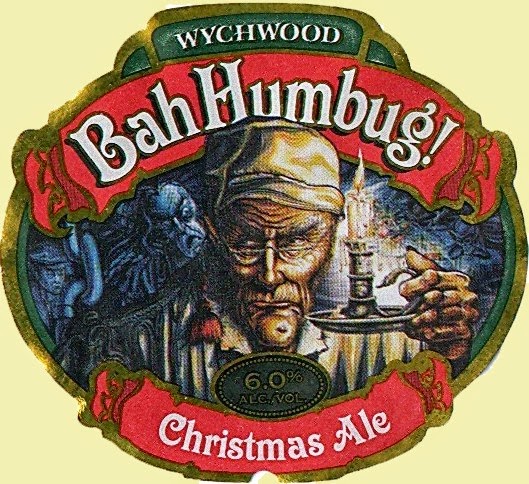 Dickens’ intention in writing A Christmas Carol was to spread his views about the horrors of poverty in England at the time. Originally planned as a political pamphlet, he thought that he would reach more people and affect them more profoundly through a Christmas story. The novella was written in 6 weeks.

The phrase “dead as a doornail” comes from A Christmas Carol. Dickens came up with the phrase in a dream he had.

The word “Scrooge” is now used to describe a grumpy, miserly, complaining person. Scrooge McDuck, insopired by and named after Ebenezer Scrooge, made his first named appearance in the story Christmas on Bear Mountain which was published in Dell's Four Color Comics #178, December 1947. In that story he is a nasty, grumpy and miserly old duck, who has thoughts such as "Here I sit in this big lonely dump, waiting for Christmas to pass! Bah! That silly season when everybody loves everybody else! A curse on it! Me—I'm different! Everybody hates me, and I hate everybody!" 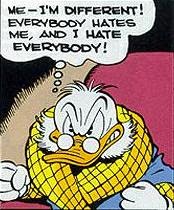 Some quotes from A Christmas Carol: 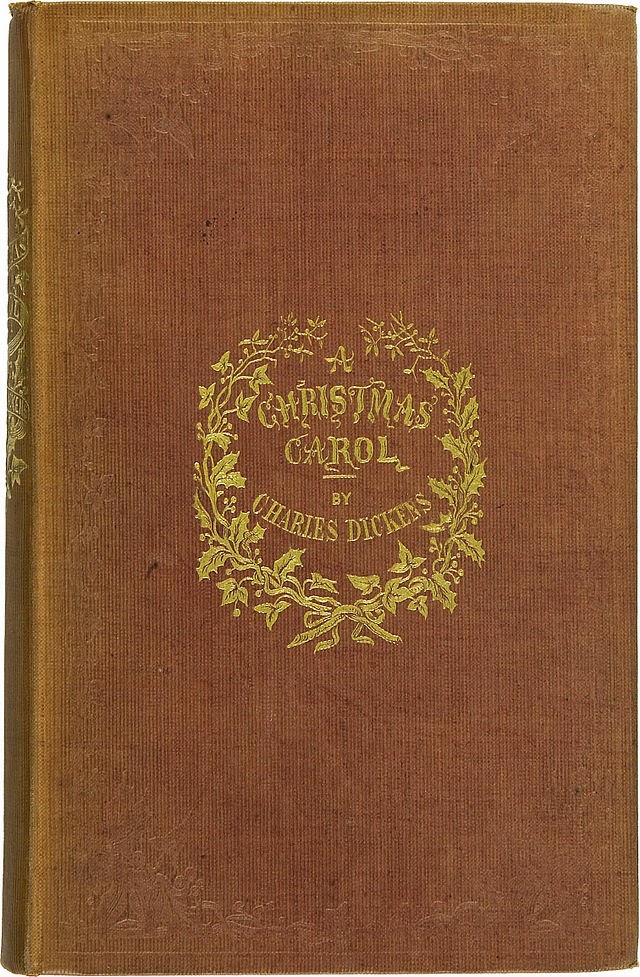 “It is a fair, even-handed, noble adjustment of things, that while there is infection in disease and sorrow, there is nothing in the world so irresistibly contagious as laughter and good humour.”

“Old Marley was as dead as a doornail.

Mind! I don't mean to say that, of my own knowledge, what there is particularly dead about a doornail. I might have been inclined, myself, to regard a coffin-nail as the deadest piece of ironmongery in the trade. But the wisdom of our ancestors is in the simile; and my unhallowed hands shall not disturb it, or the Country's done for. You will therefore permit me to repeat, emphatically, that Marley was as dead as a doornail.”

“I will honour Christmas in my heart, and try to keep it all the year. I will live in the Past, the Present, and the Future. The Spirits of all Three shall strive within me. I will not shut out the lessons that they teach!”

"Many laughed to see this alteration in him, but he let them laugh and little heeded them, for he knew that no good thing in this world ever happened, at which some did not have their fill of laughter. His own heart laughed and that was quite enough for him. And it was always said of him that he knew how to keep Christmas well if any man alive possessed the knowledge."

He had no further intercourse with Spirits, but lived upon the Total Abstinence Principle, ever afterwards; and it was always said of him, that he knew how to keep Christmas well, if any man alive possessed the knowledge. May that be truly said of us, and all of us! And so, as Tiny Tim observed, God Bless Us, Every One! 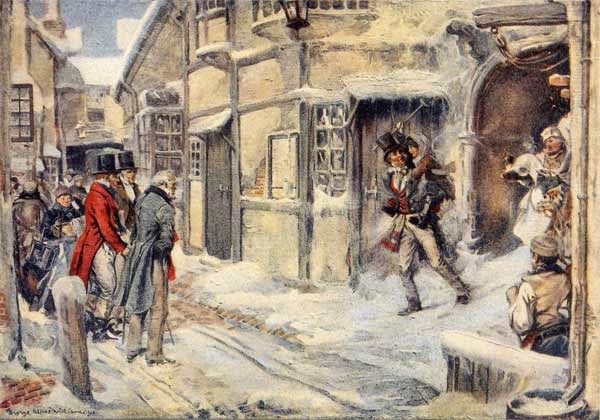 Illustration by George Alfred Williams from the 1905 edition of A Christmas Carol by Charles Dickens.

Posted by BytesMaster at 2:35 AM