As regular readers will know, Wednesday night is Trivia Night for son Thomas and myself.

Last night was the last Triv night of the year and, as always, there was a prize awarded by the man in charge, Mr Trivia (aka Graham), for the best decorated Christmas table and the best Christmas dressed team.

In the past we have had a large tree with decorations and flashing lights on our table . . . 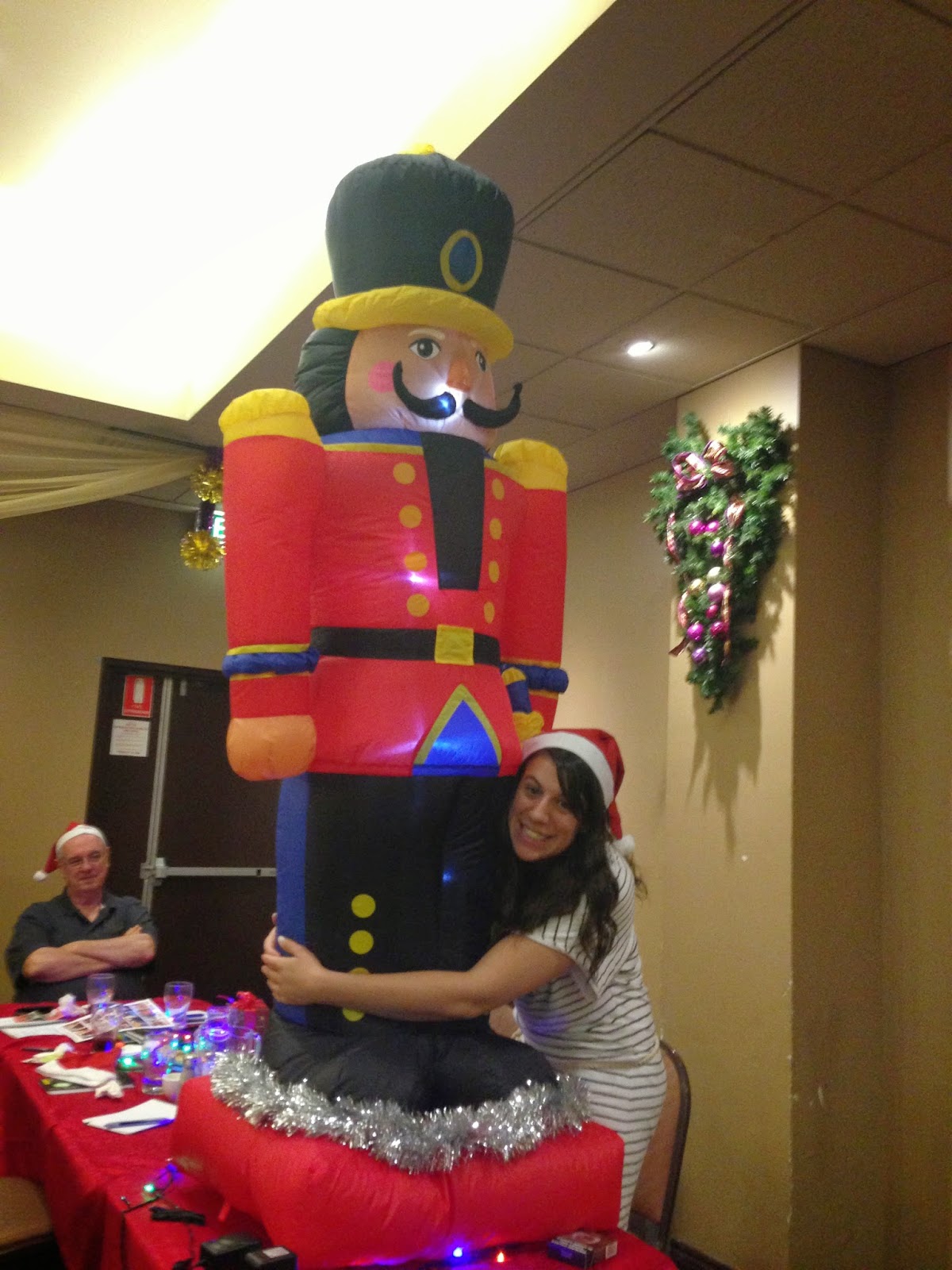 but this year we went for something different, the minimalist approach . . . 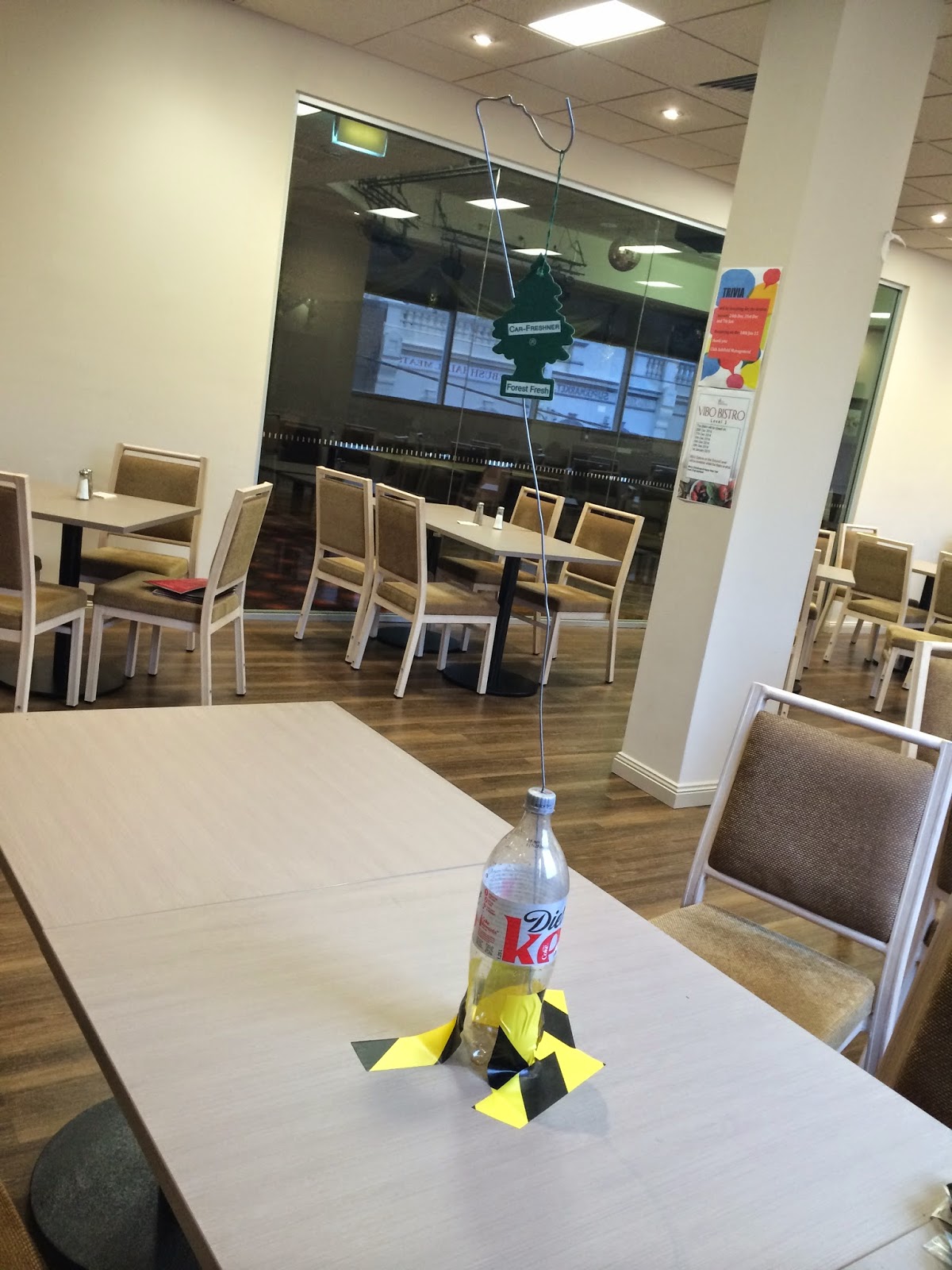 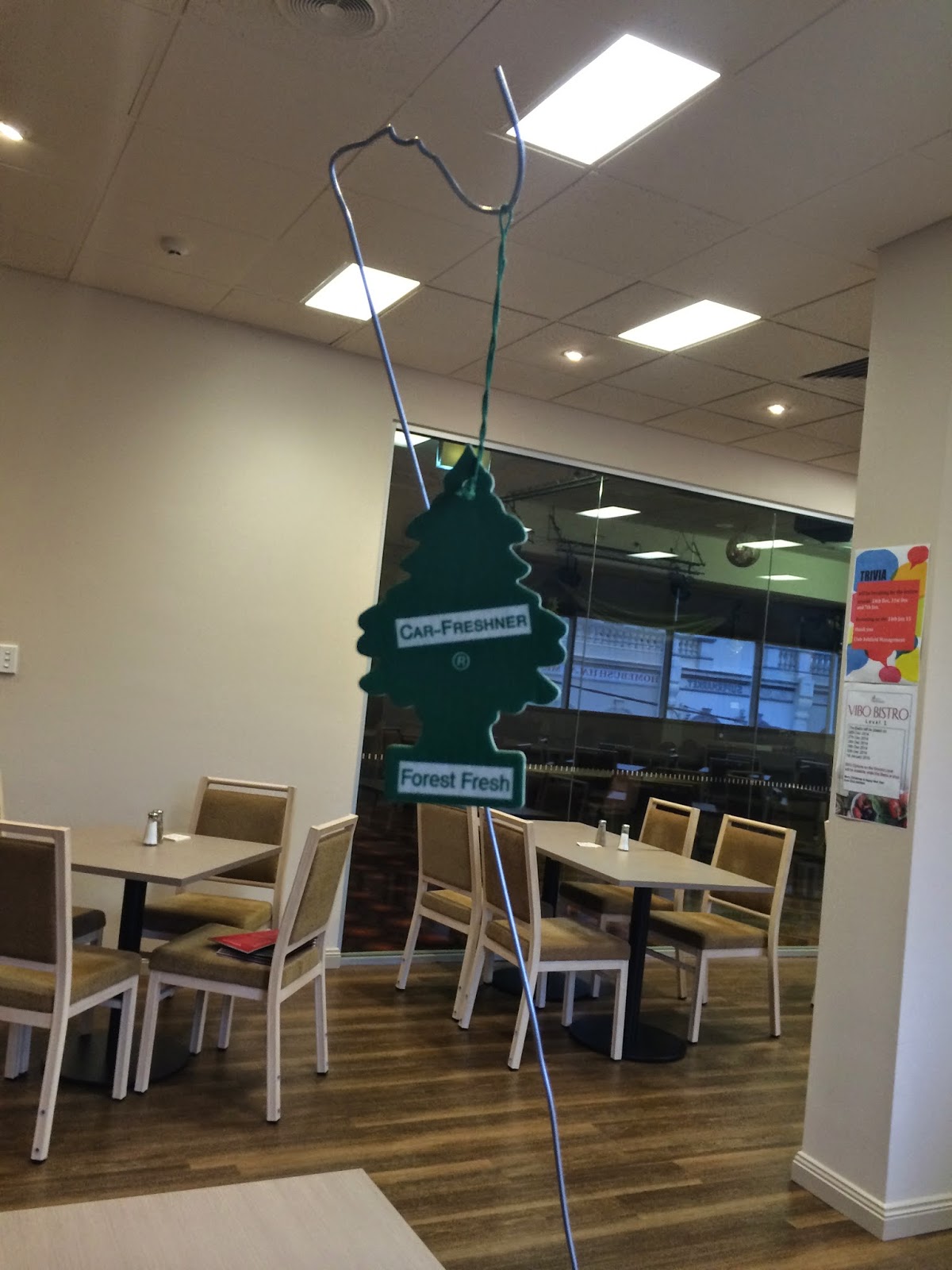 We remained unfazed by Mr Trivia's comment on first sighting our table decoration - "Is that it???" - even knowing that he was the judge. We were confident that originality would triumph over people putting store bought antlers on their heads and others wearing tea towels and having some sort of theme "While shepherds washed their socks at night". But it was not to be, Shepherds and Socks took the prize for the table decoration and Antlers won the dress prize. I think it was fixed, myself. 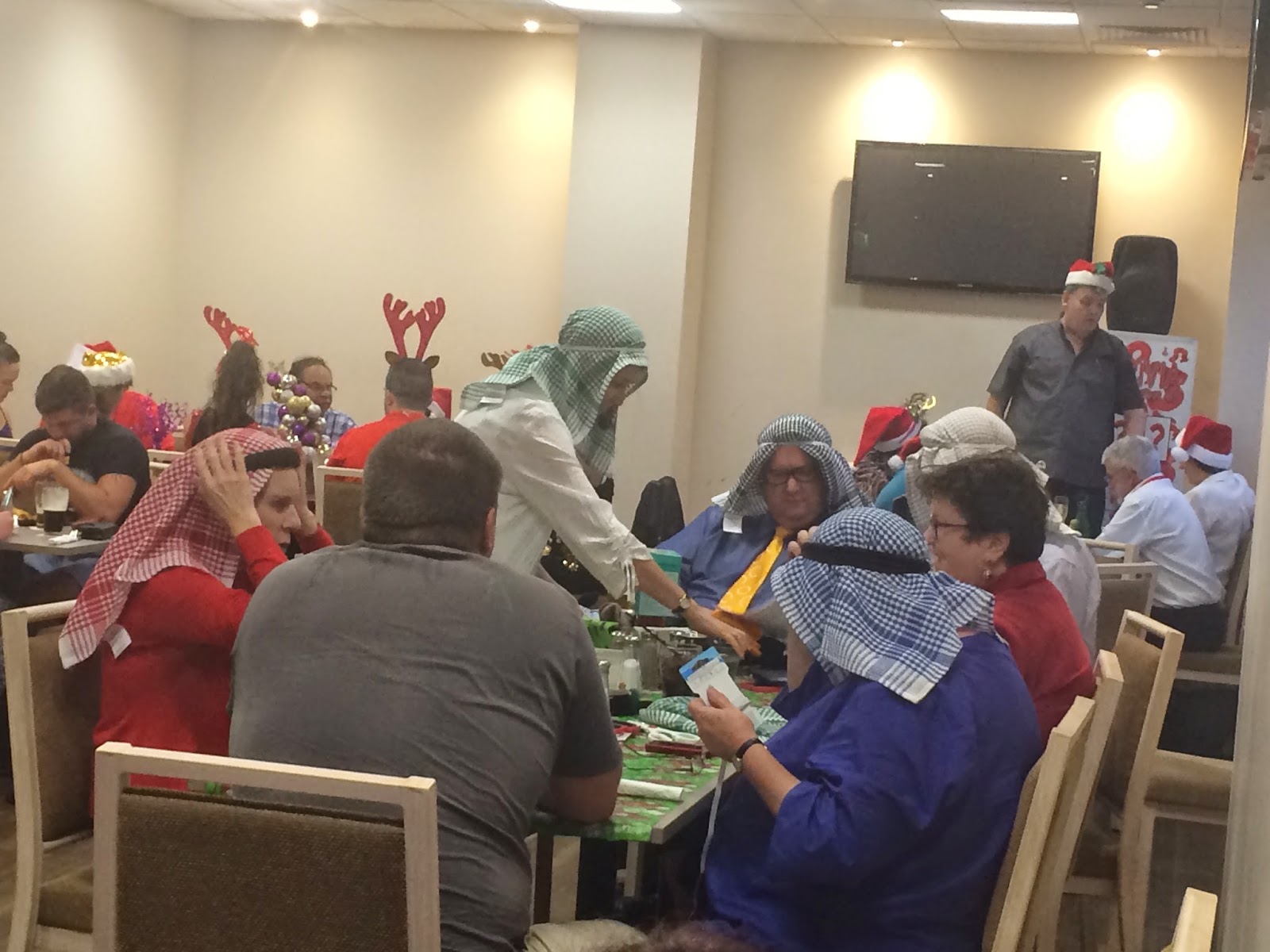 The night was not a total loss, however. Under the team name "Bring posse" we won the night's trivia comp. Triv starts again on 12 January.

This also serves to introduce some pics of failed Christmas decorations and trees . . . 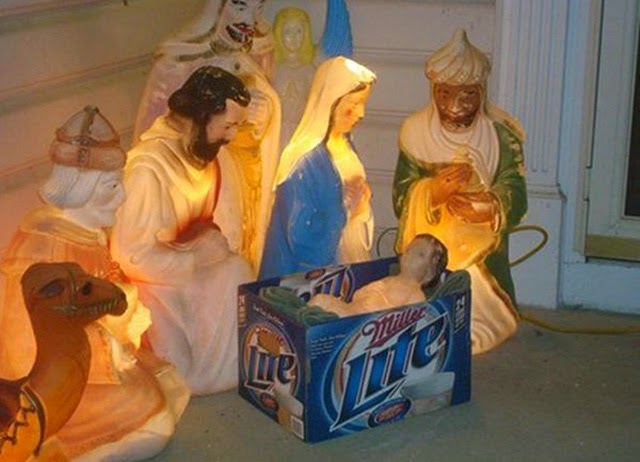 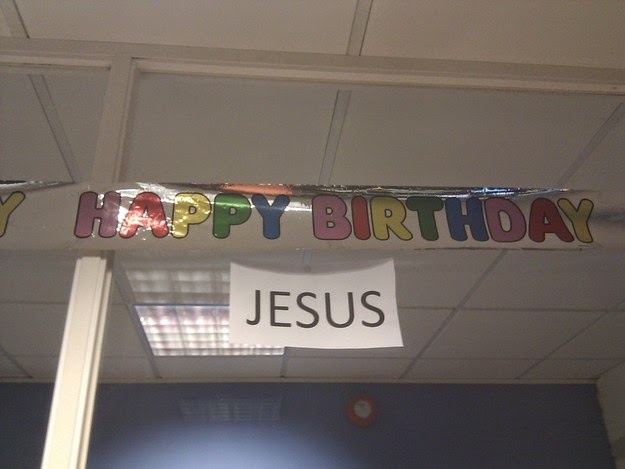 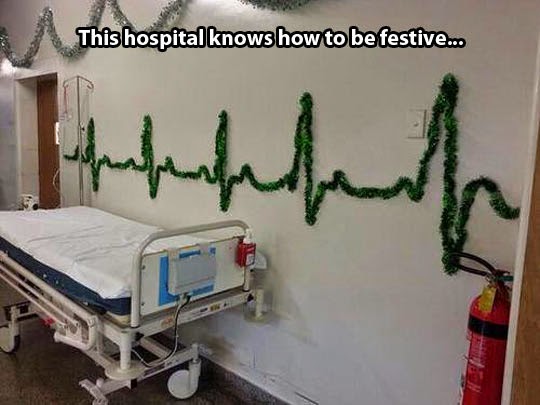 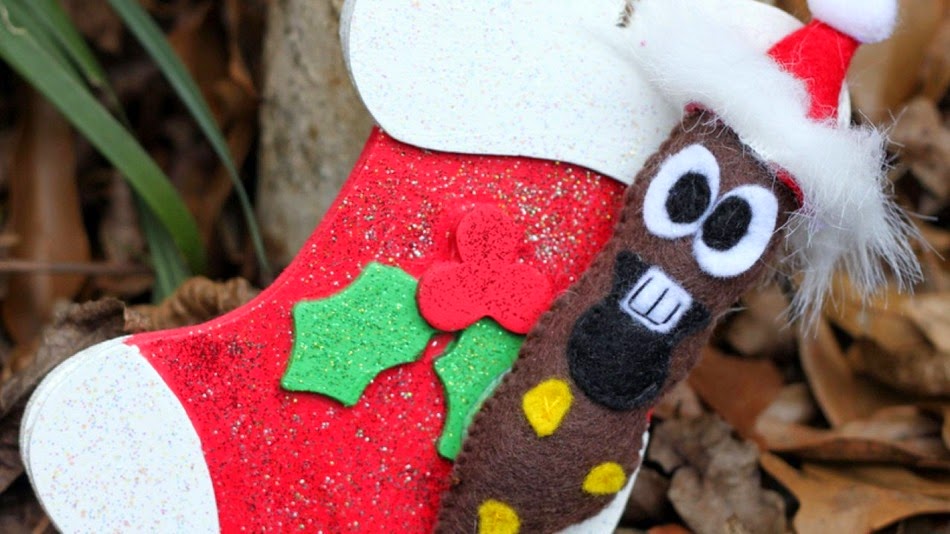 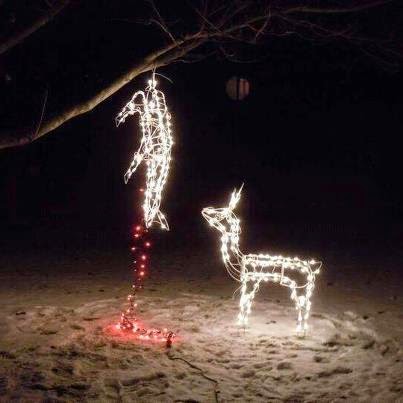 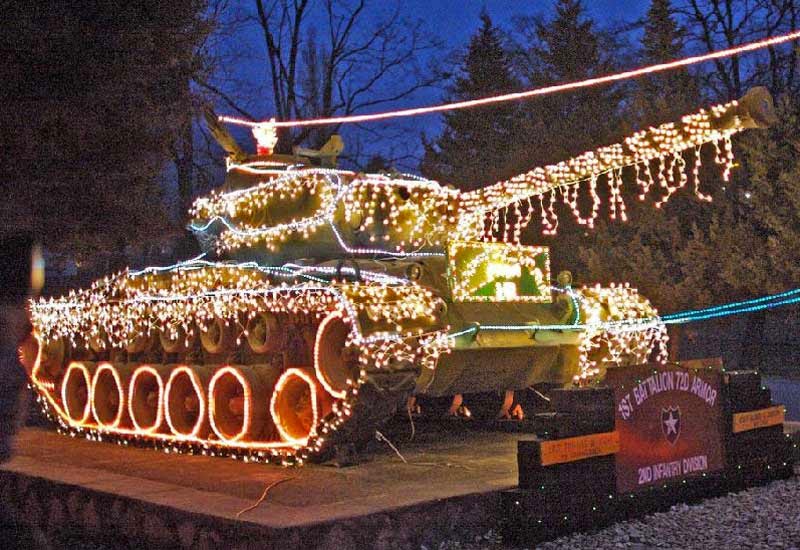 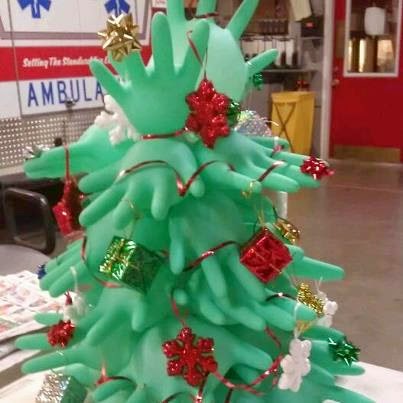 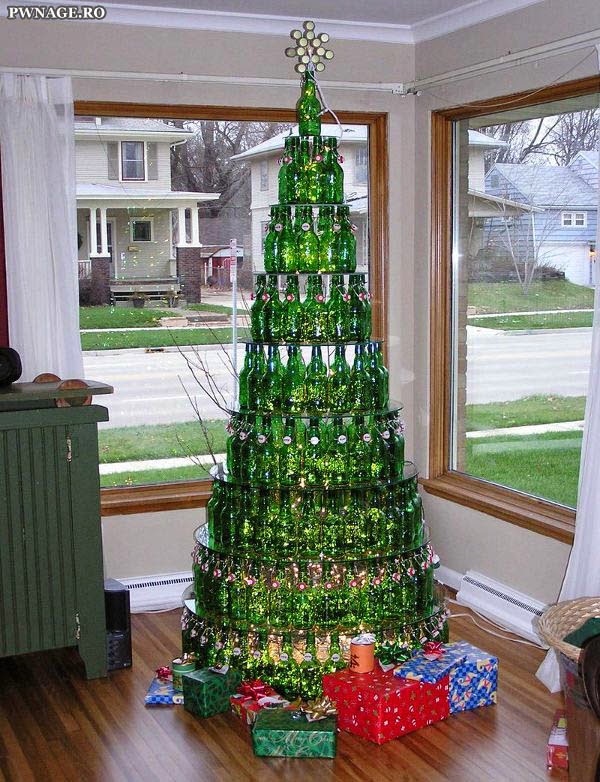 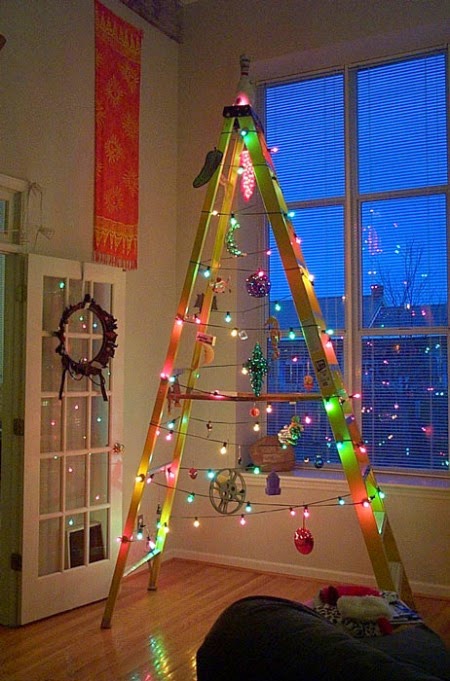 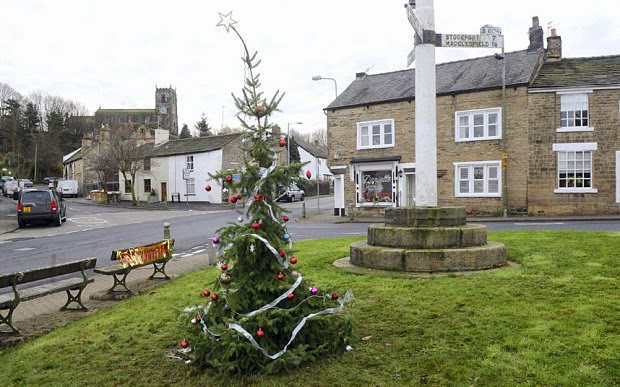 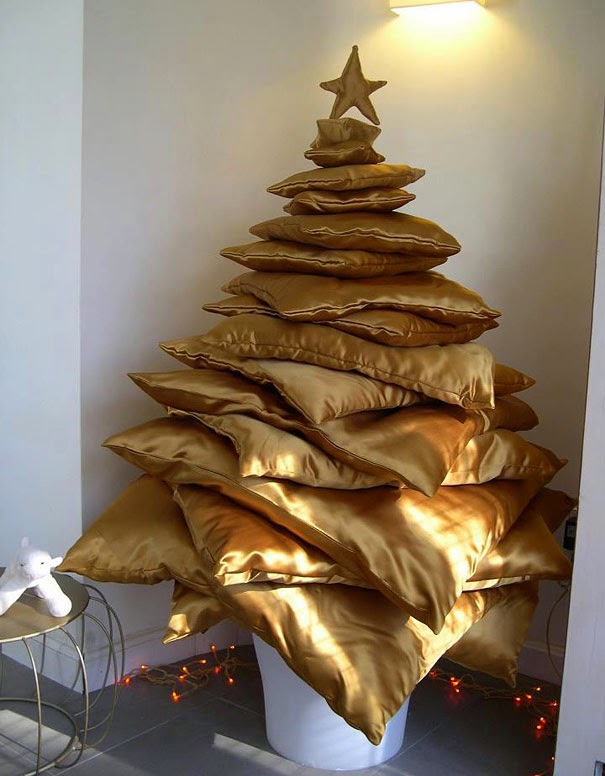 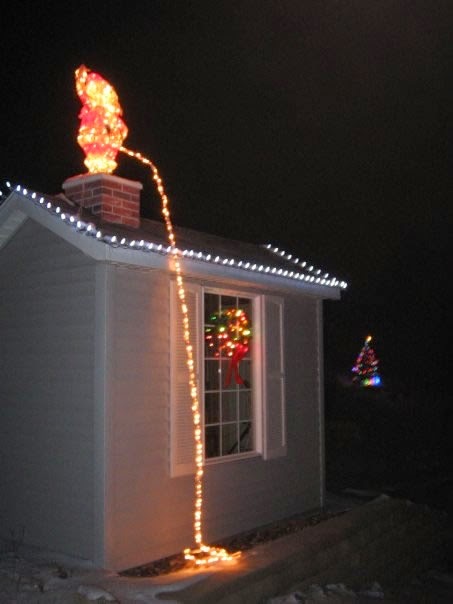 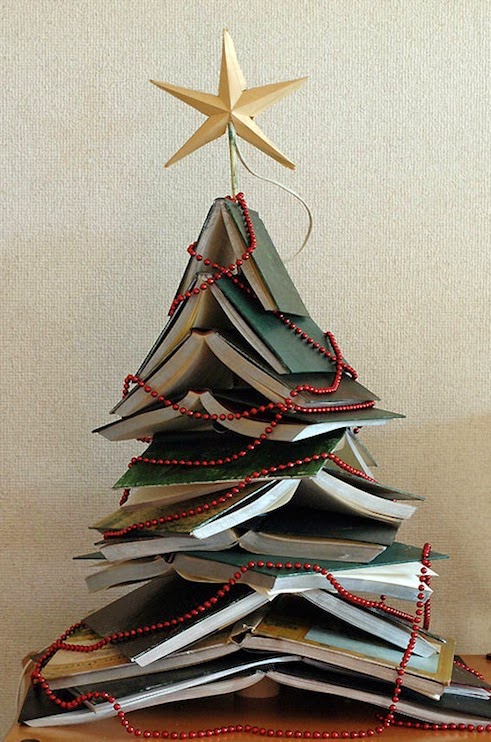 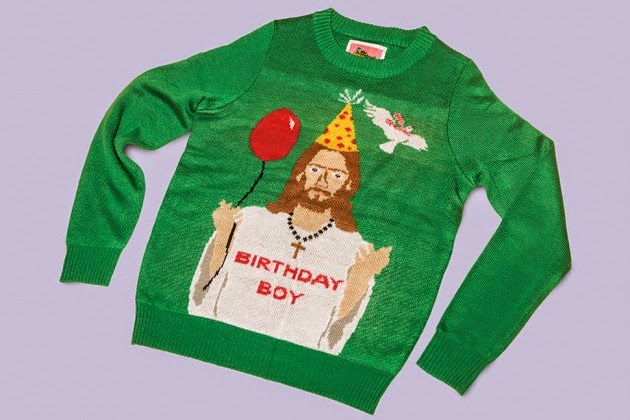 Posted by BytesMaster at 2:08 AM