Lawyer finds and reads out baffling court transcripts in hilarious TikTok series
A 27-year-old attorney has shot to TikTok fame thanks to her hilarious readings of court transcripts featuring a mix of outrageous — and, at times, baffling — comments from judges, lawyers, and defendants.
Amber Les, from California, who goes by the username @rebmasel, has more than 657,000 followers on the platform, where she shares videos about being a lawyer in the U.S., including her ongoing 'Reading Iconic Court Transcripts' series.
The lawyer, who was sworn in last year, started posting the viral clips back in March 2021 after a 'horrible' week of depositions, explaining in the caption: 'I needed the serotonin.'
She filmed the first video while lying on her couch wearing what have come to be her signature rhinestone sunglasses, starting with a ridiculous exchange between a lawyer and witness. 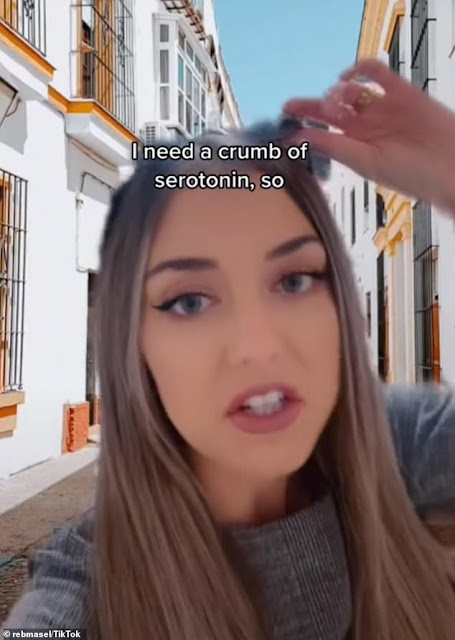 Here are some stills of Amber showing legal comments from lawyers, judges and parties . . . 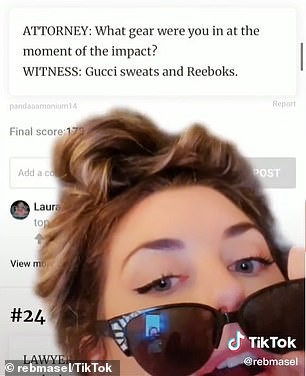 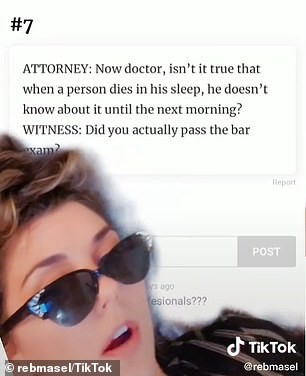 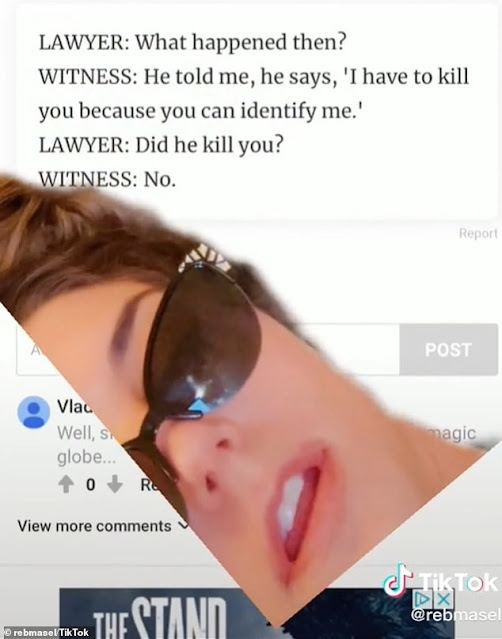 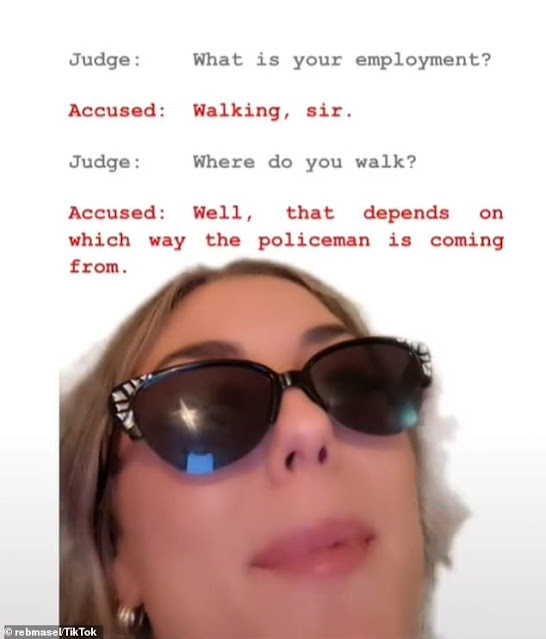 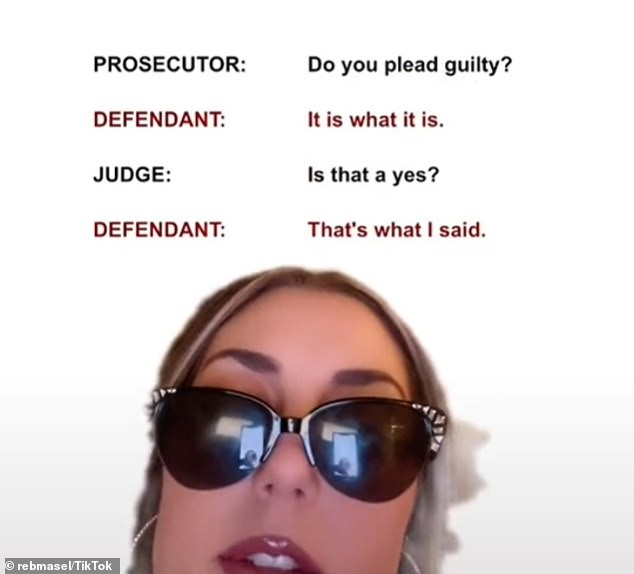 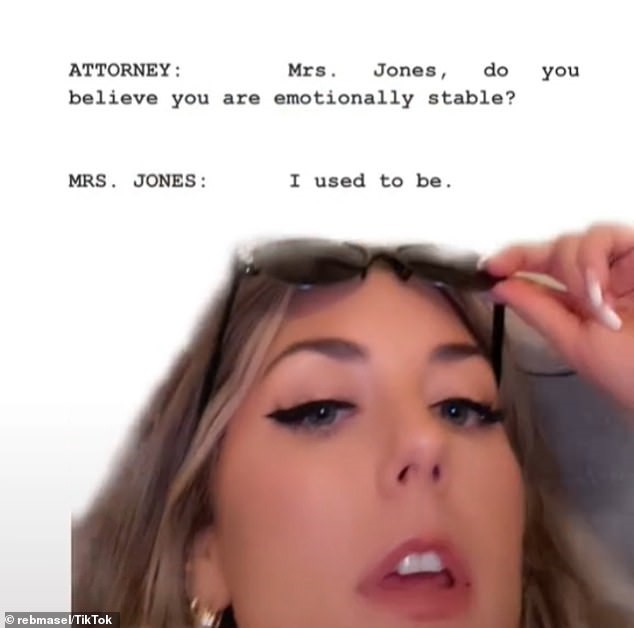 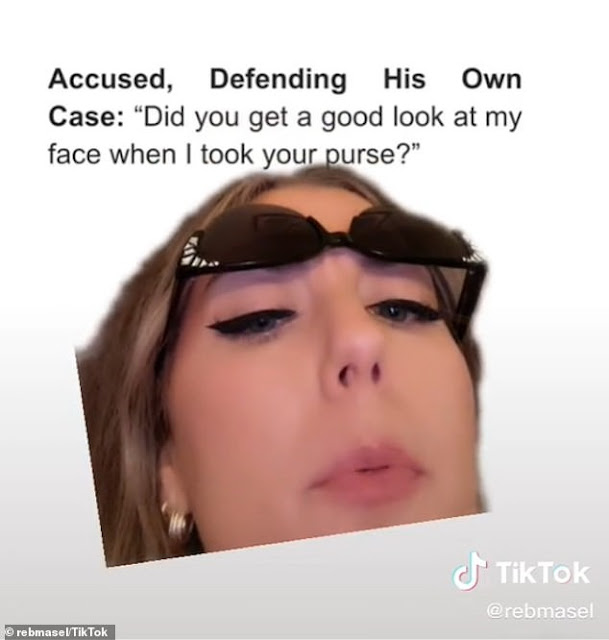 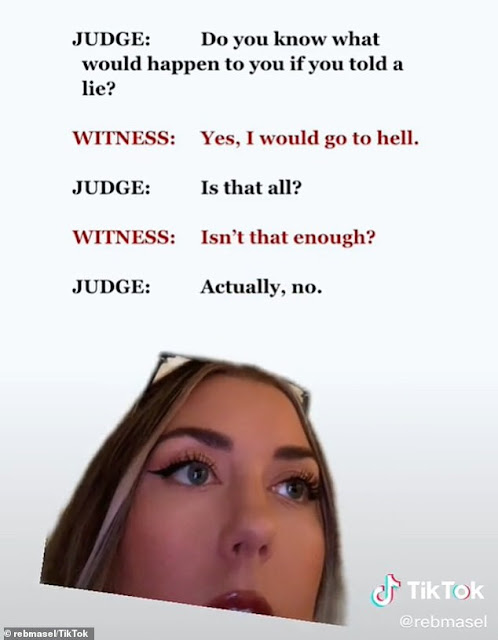 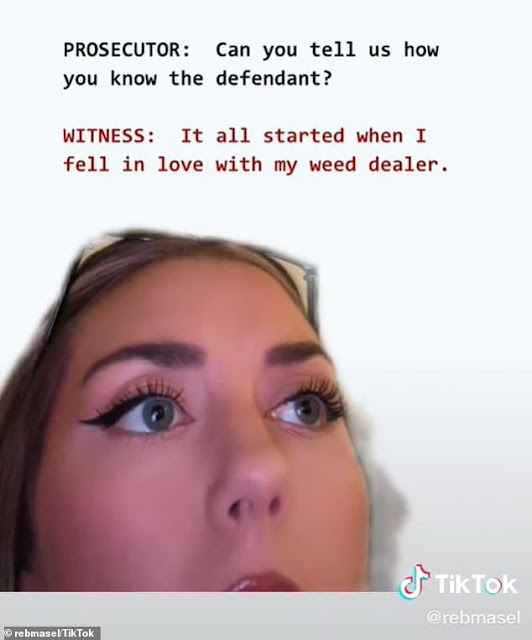 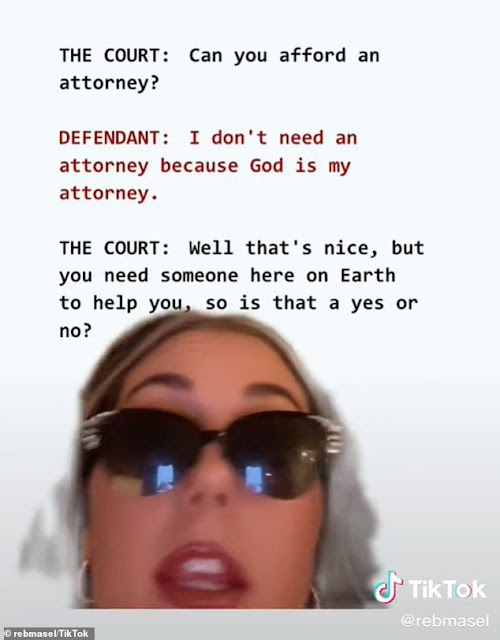 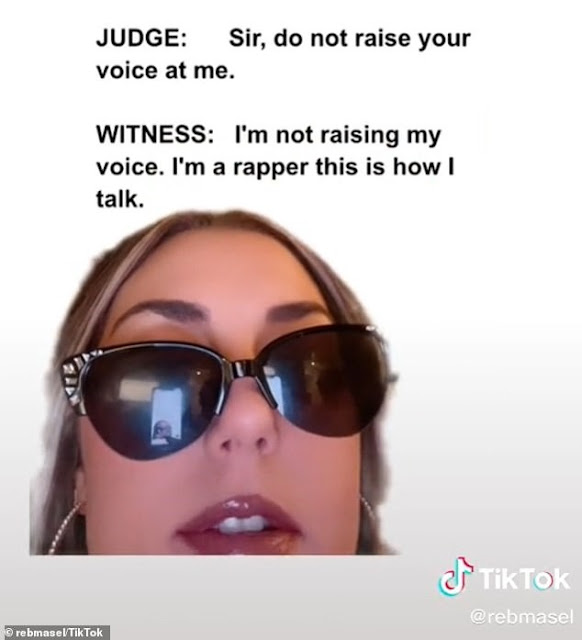 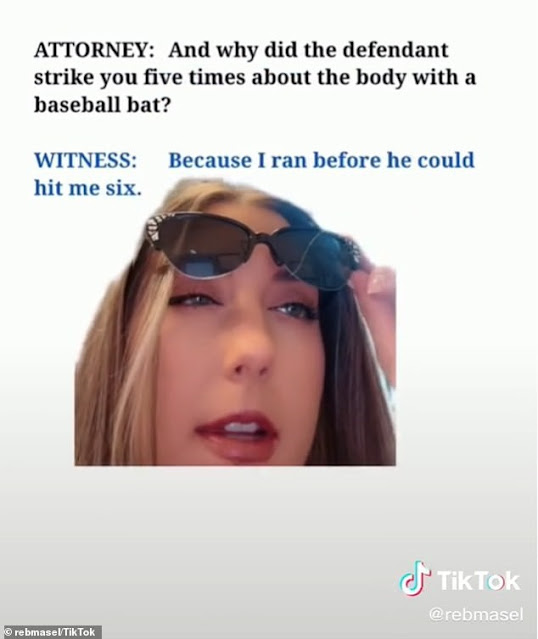 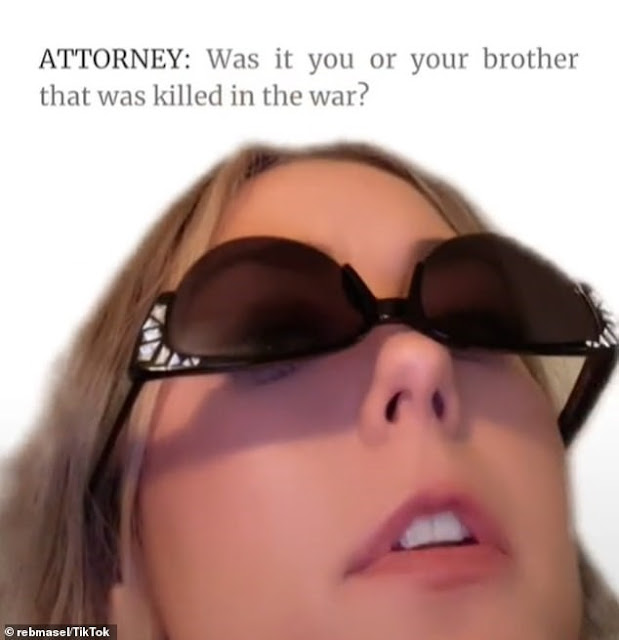 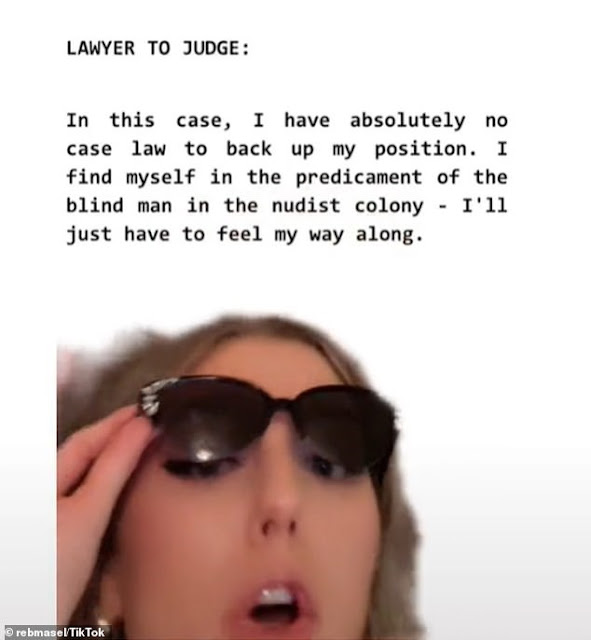 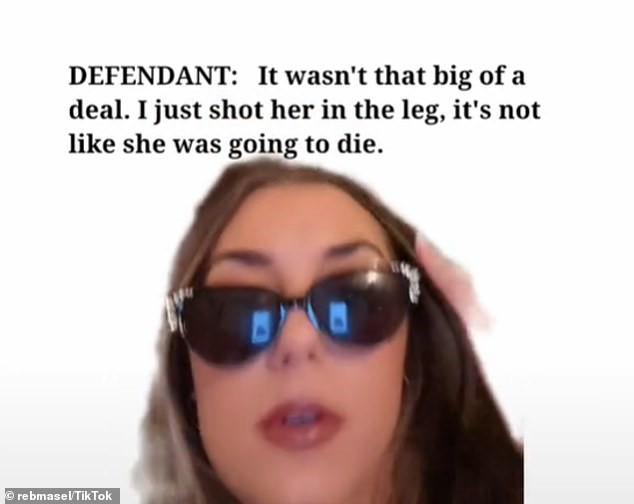 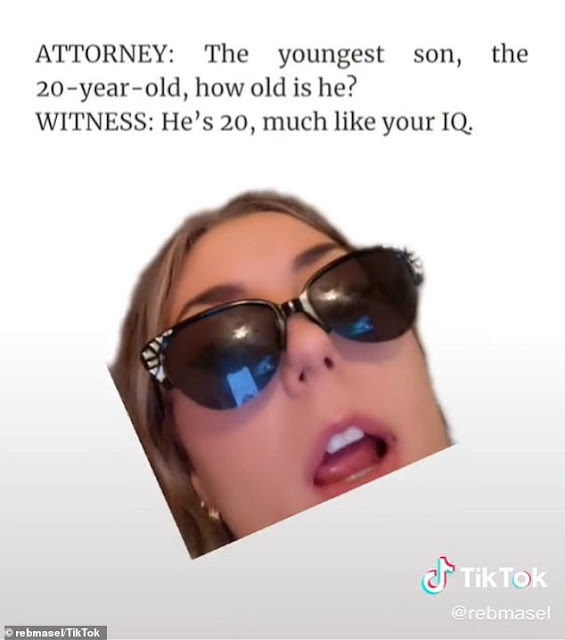 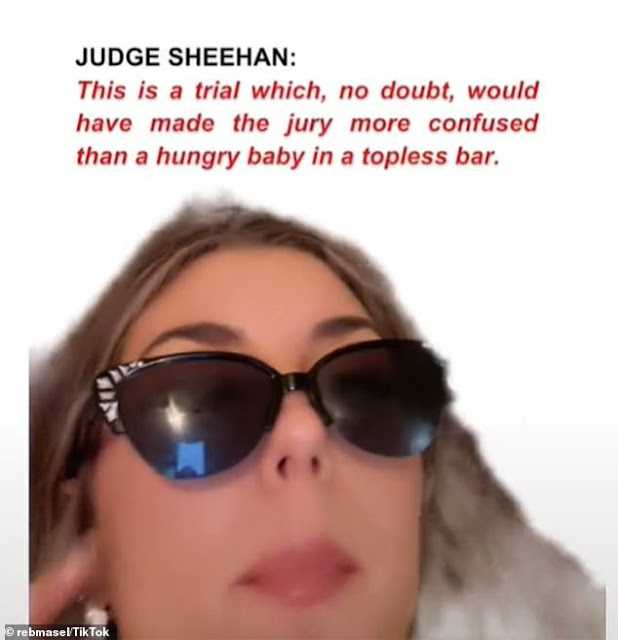 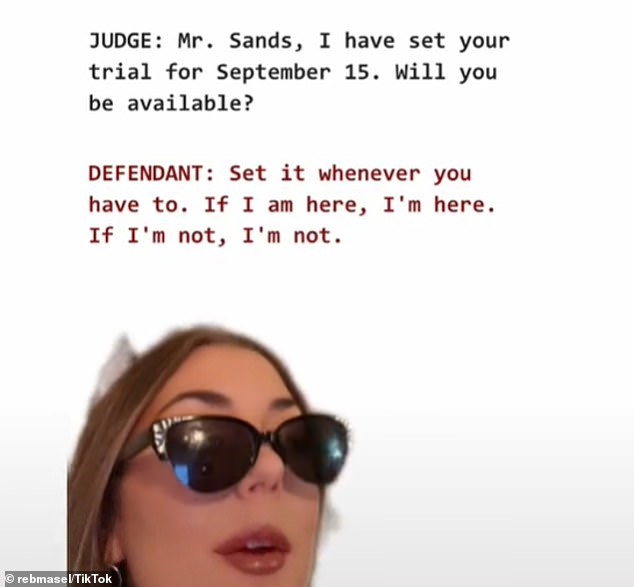 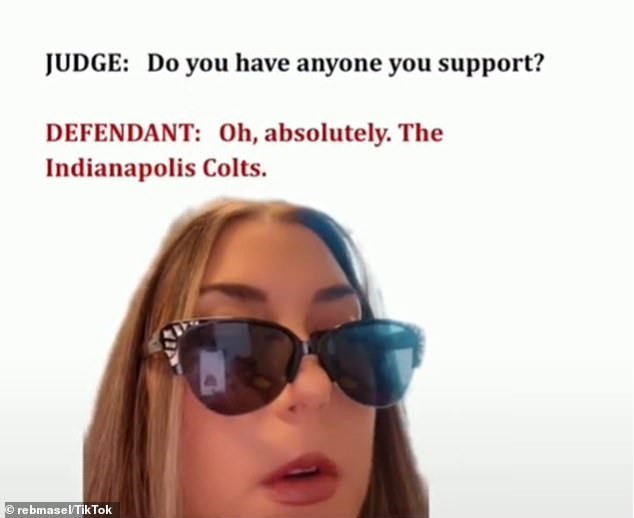 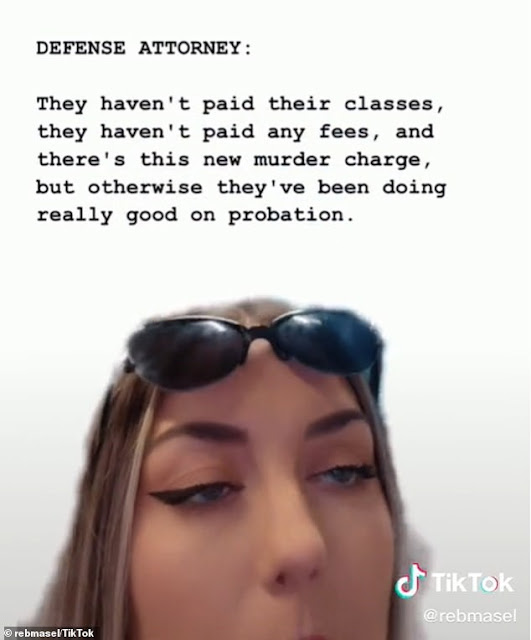 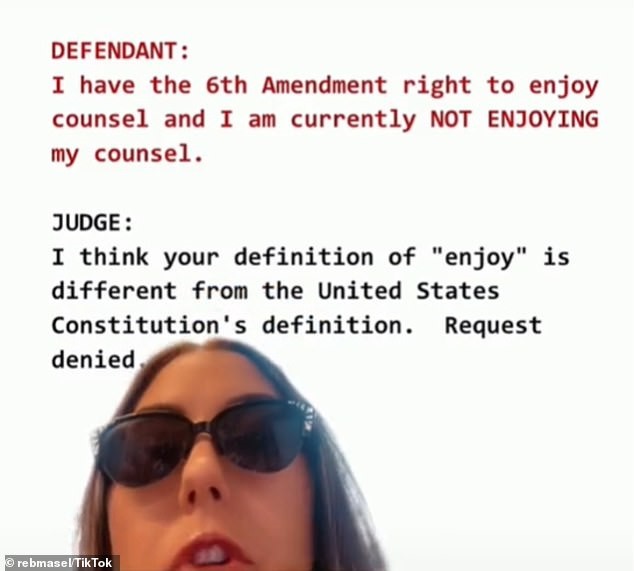 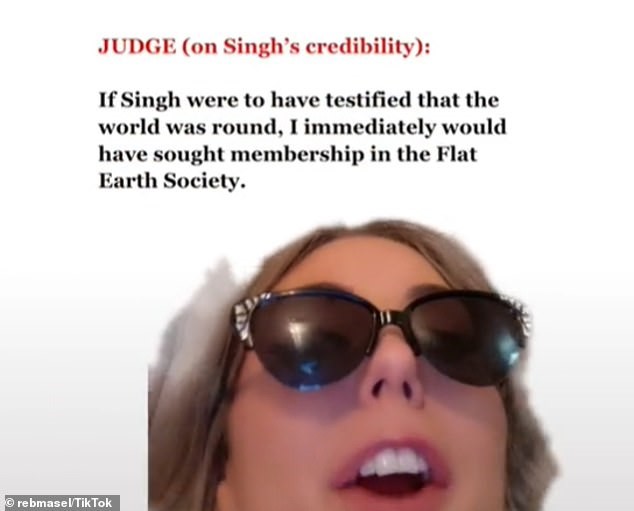 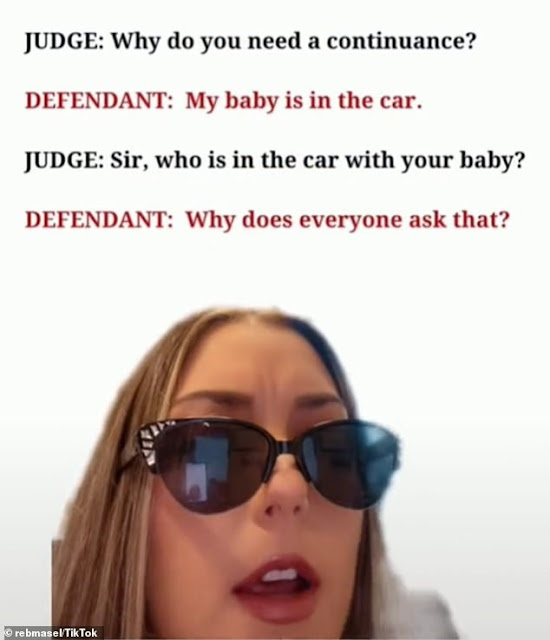