A few days ago I posted part of an interview with Kim Kardashian where she advised poorer people to work harder to be successful.

One commenter called this richsplaining, where rich people give poor people patronizing advice on what to do and how to behave.

Here are some more items on that topic.

From the Urban Dictionary at:

(of a a rich person) to comment on or explain something about those who are not rich (especially about those in poverty) in a condescending, overconfident, and often blatantly prevaricating. May be directed at person on how they should elevate themselves, in such a manner as to make apparent that wealthy person's lack of understanding of the realities of people that make less than middle class, especially the dynamics involved in economics for those in poverty.

They tend to focus on bad things that happen to other rich people like them and greatly understate when it occurs to those of lower economic standing and understating the extent of harms. includes attributing police confrontations, such as getting arrested and or shot, for criminal nature, rather than a tendency for law enforcement officers to arrest or shoot people of colorwhile simultaneously tending not to do so to other white individuals (especially rich individuals that might claim affluenza in such a case).

Often a very strong example of actor observer bias found in affluent populations.
Compare and contrast mansplaining where, instead of a rich person with no understanding of the dynamics of poverty talking down to a poor person, it's a man that might have some insight into a subject, talking down to a woman, thinking they're having an argument and explaining to a woman that already knows the information and, occasionally, turns out to be an expert in the field.
"If you had to work more than one job to have a roof over your head or food on the table, you probably shouldn't have taken the job that's not paying you enough. That'd be a you problem" Ben Shapiro richsplaining the mistake of accepting jobs to pay bills.
"It's been told that we are living through an epidemic of racially biased police shootings of black men. This, too, is false." - Heather Mac Donald: Thin, old white woman safely ensconced on her gated community richsplaining her disbelief over police violence.
"if you're poor stop being poor" - former New York Stock Exchange managing director Todd Wilemon richsplaining

Another recent example, although technically not richsplaining in that it is not patronizing advice . . .

Rock star Rod Stewart, now 77, posted videos of himself in a tracksuit and high-vis vest on Instagram  filling in potholes near his Essex estate by shovelling gravel. 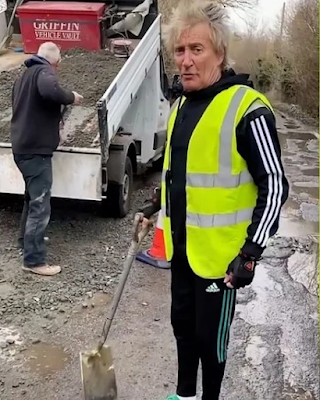 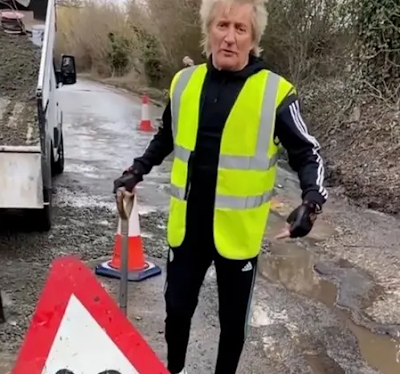 Sir Rod captioned his Instagram pic with “Working for a living, filling holes is good for the soul”.

He stated that “I’m repairing the street near where I live because no one can be bothered to do it.”

Sir Rod advised his reason for community minded spirit: “my Ferrari can’t go through here at all, so me and the boys thought we’d come do it ourselves.”