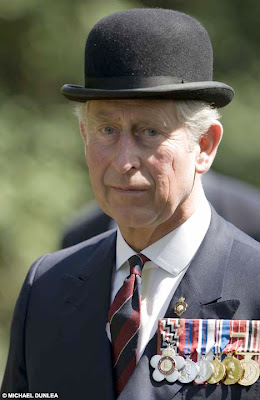 I don't usually post jokes but I came across the following classic oldie again recently and it never fails to make me smile.  Another justification is that the punchline has become part of everyday language.

On the last occasion that Prince Charles visited Australia, he attended a function at Wagga Wagga, where he was met by various dignitaries, including the Mayor of Wagga Wagga. Whilst having a cocktail, the Mayor said to the Prince “Your Highness, it’s quite a hot day and yet you have chosen an unusual style of headwear, a fur cap. Isn’t that quite hot and uncomfortable?” The Prince replied “Well, yes, it is actually, but it was Mummy’s idea.” “I’m sorry, Her Majesty told you to wear it?" said the Mayor.  “Oh, yes,” replied Charles. “I spoke to her by telephone this morning.  She asked me what I was doing today and I told her I was attending a reception at Wagga Wagga.  She then said ‘Wear the fox hat.’ “

Posted by BytesMaster at 6:12 AM