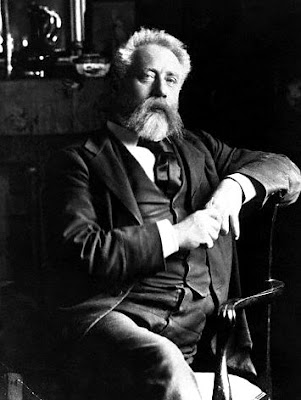 Those who have seen the Morgan Freeman flick "Invictus" will recall the poem by that name that isnpired Nelson Mandela during his 27 year imprisonment.
"Invictus" is Latin for unconqured, unconqureable, undefeated.
The 1875 poem by William Ernest Henley (1849-1903) was written while Henley was in hospital being treated for bone tuberculosis, a condition he had suffered from since age 12.  He wrote the poem from his hospital bed after his leg had been amputated below the knee.  According to Henley, we cannot prevent life's difficult times, sadnesses and challenges, "the Horrors of the shade", but we can determine how to meet them.  We all have it within ourselves to face those challenges with strength, endurance and dignity.

Originally the poem had no title, it was added later by a publisher.
Out of the night that covers me,
Black as the Pit from pole to pole,
I thank whatever gods may be
For my unconquerable soul.

In the fell clutch of circumstance
I have not winced nor cried aloud.
Under the bludgeonings of chance
My head is bloody, but unbowed.

Beyond this place of wrath and tears
Looms but the Horror of the shade,
And yet the menace of the years
Finds and shall find me unafraid.

It matters not how strait the gate,
How charged with punishments the scroll
I am the master of my fate:
I am the captain of my soul. 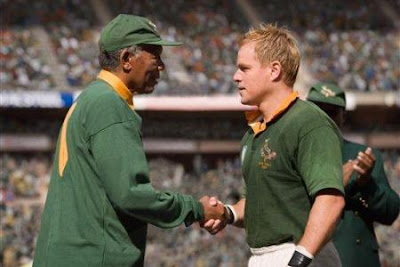 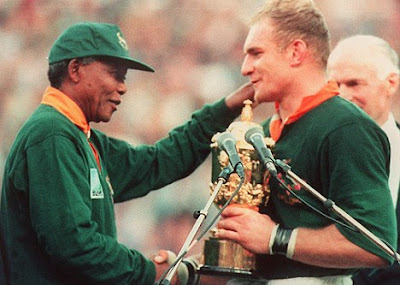 The real Nelson Mandela and Francois Pienaar.
Posted by BytesMaster at 6:00 AM

Email ThisBlogThis!Share to TwitterShare to FacebookShare to Pinterest
Labels: Invictus