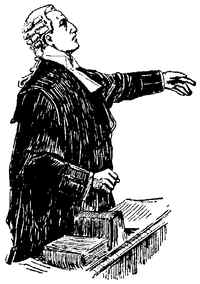 Before leaving the topic of my spell in RPA, I must mention our office bookkeeper extraordinaire, Roz, who has a heart of gold but the personality and subtlety of a herd of stampeding rhinoceroses. For some reason, Roz thought that she would brighten my enforced stay by giving me a book analysing anti-lawyer jokes and why people dislike lawyers so much. Unfortunately she forgot to bring it to the hospital and gave it to me upon my return to the office. It’s a strange reasoning that someone in hospital will be made to feel better by reading a book that attacks that person’s profession, all the more so for having been a member of that profession for 35 years.
I have now read the book, The Joke’s on Lawyers, by Stan Ross and it makes some pertinent observations about the reasons for lawyer jokes, notwithstanding that it was written in 1996. At the time of writing, Ross was a practising barrister and lecturer in law at the University of NSW. He is also the author of several books on lawyers’ ethics and says that a typical comment is that the books must be awfully short.
I do not propose to go into his analyses of why people hate lawyers and make jokes about them, but I will share with you some of the anecdotes and stories he uses in the context of those discussions.
In doing so I take issue with the perceptions giving rise to one of his comments: “Lawyers are often shown to be pompous, arrogant, insensitive, obsessed with money, boring, inhuman, lacking humour, incomprehensible, devious and unworthy.” I would like to place on record that I know a couple of lawyers who are not lacking a sense of humour.

The trouble with the legal profession is that 98 per cent of its members give the rest a bad name.

Dr Johnson said in response to a question on why he hated lawyers: “I don’t hate them, sir; neither do I hate frogs; but I don’t like to have either hopping about my chamber.”

Q:  Why did the behavioural scientists substitute lawyers for rats in their laboratory experiments?
A:
1. Lawyers are more expendable.
2. Lawyers do more harm to society than rats.
3. The scientists are less likely to become attached or feel sympathy for them.
4. Rats arouse more feelings of compassion and humanity.
5. Lawyers multiply faster than rats.
6. Animal rights groups will not object to lawyers being tortured.
7. Rats have more dignity than lawyers.
8. There are some things even a rat won’t do.

Q: What can a goose do, a duck can’t and lawyer should?
A: Stick his bill up his arse.

“How can I ever thank you?” gushed a woman to Clarence Darrow, famous American trial lawyer, after he solved her legal troubles.
“My dear woman,” Darrow replied, “ever since the Phoenicians invented money there has been only one answer to that question.”

A prominent successful yuppie barrister is in a serious car accident and his BMW is a total wreck. The police arrive at the scene of the accident and the barrister is pulled from the wreck. He is in terrible shock and keeps moaning: “My car, my car . . . “
The police are successful in comforting him until one of the officers says: “Sir, I think you should be more concerned about your arm than your car.”
The barrister looks down and sees his arm has been torn away and starts to scream: “My Rolex! My Rolex!”

If you see my mother, don’t tell her I’m a lawyer, she thinks I play the piano in a brothel.

A lawyer named 'Strange' was shopping for a tombstone. After he had made his selection, the stonecutter asked him what inscription he would like on it.
''Here lies an honest man and a lawyer,'' responded the lawyer.
''Sorry, but I can't do that,'' replied the stonecutter. ''In this state, it's against the law to bury two people in the same grave.  However, I could put  'Here lies an honest lawyer'.''
''But that won't let people know who it is,'' protested the lawyer.
''It most certainly will,'' retorted the stonecutter. ''People will read it and exclaim, ''That's Strange!''

A young and busy Melbourne barrister had been taking his summer holidays at a remote Tasmanian holiday resort. Last year he was finally successful in seducing the resort owner’s beautiful 19 year old daughter. He was thus anticipating with excitement coming back to the resort.
When he got of his car he noticed, to his surprise, his lover with a small baby on her lap.
“Kim, why didn’t you write or phone me when you found out you were pregnant? I would have rearranged my court schedule and would have flown here as soon as possible. You know I care for you and we could have got married, and the baby would have my name.”
Kim replied: “Well, when I told my parents that I was pregnant and that you were the father, we had a thorough discussion about what I should do. We all came to the conclusion that it would be far better to have a bastard in the family than a lawyer.”

Email ThisBlogThis!Share to TwitterShare to FacebookShare to Pinterest
Labels: Lawyers