Some days are slow news days, at other times the papers are full of items of interest and/or significance.  Yesterday was the latter, at least for me.  The following items are from The Daily Mail, online edition of 27 November 2011 at:
http://www.dailymail.co.uk/home/index.html

Resistance:
If your knowledge of the civilian British defence movement in  WW2 is based on the Home Guard as depicted in the wonderful BBC TV series Dad’s Army (1968-1977), then you’re going to need a drastic revision of thought as a result of a film now released in England, Resistance.  Set in 1944, it posits the premise that D Day has failed and that England has been invaded.  The issue it raises is profound: What would you have done? 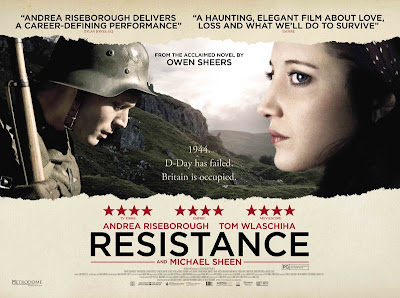 The film is based on a book of the same name by Owen Sheers, who was inspired to write it because of information he obtained about secret operational units formed in Britain during WW2.  These units were known as Auxiliary Units and were created in 1940, a time when things seemed grim for the British.  In the event of a German invasion of Britain, they were to melt away from their civilian jobs to activate OBs (operational bases) and sabotage enemy installations for as long as possible before detection.  In addition to their Commando daggers and machine guns, they had gelignite and nitro-glycerine ‘sticky’ bombs for slapping on the side of advancing tanks.
They were also issued with a gallon of rum, to assist in implementing orders not to be captured alive: they were to either blow themselves up or shoot each other rather than be captured.  Life expectancy was 12 days.
The bunkers and ammunition storage areas still exist today, underground and hidden, although expolsives and weapons have been removed.  They are declared national monuments but those who know where they are decline to publicise it to avoid vandalism. 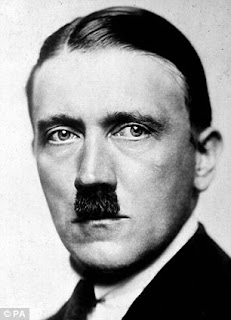 Adolf Hitler, 1923
The Daily Mail looks at claims that Hitler lived in Liverpool, England for 6 months between 1912 and 1913 with his married half brother Alois. The flat in which he spposedly lived was destroyed by Luftwaffe bombers in WW2.  The claim was first made by Hitler’s Irish sister in law, Bridget Dowling (pictured below), in her book manuscipt My Brother-in-Law Adolf.  Written in the 1930’s, she was unable to find a publisher.  A new book by Mike Unger, The Hitlers of Liverpool, repeats the claim and argues that Hitler moved to Liverpool from Vienna to avoid national service.  The visit ended when Alois paid for Adolf to go to Munich when the relationship became tense.  The rest, as they say, is history. 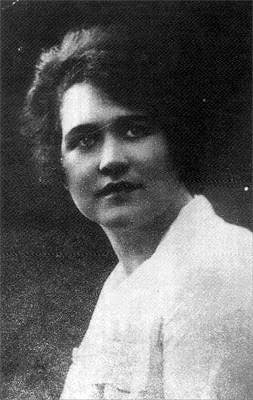 Will WW3 be between the US and China?
China's vast military machine grows by the day. America's sending troops to Australia in response. As tension between the two superpowers escalates, Max Hastings warns of a terrifying threat to world peace.”
[The article looks at the following:
-  Since the war in Korea, the US has sustained strategic dominance of the Indo-Pacific region, home to half the world’s population.  This is now being challenged by China.
-  The Chinese navy is growing fast, acquiring aircraft-carriers and sophisticated missile systems.
-  China wishes to control the oil rich South China Sea.
-  China this year refused storm bound US Navy vessels refuge in its ports.
-  China has become increasingly domineering an authoritarian in the region.
-  The US has issued statements critical of China’s stance.
-  US support of Taiwan is a source of further grievance.
-  China has a poor record on human rights and supports some of the world’s worst regimes.
-  China’s military leaders are happy at the US financial difficulties and reduced defence spending, at the same time as Sino defence spending is increasing.
-  China is conducting increasingly sophisticated cyber-warfare penetration of American corporate, military and government computer systems.
-  Chinese newspapers are calling for military action against those who oppose their increasing dominance in the South China Sea area.
-  Chinese political reprsentatives have also become increasingly aggressive in public speeches and announcements, including the giving of warnings and cautions.]
As regards the US troop base to be established in Oz:
“Even within Australia, the agreement for the U.S. base has provoked controversy.
Hugh White of the Australian National University calls it ‘a potentially risky move’. He argues that, in the new world, America should gracefully back down from its claims to exercise Indo-Pacific hegemony, ‘relinquish primacy in the region and share power with China and others’.
But Richard Haas, chairman of the U.S. Council on Foreign Relations, says: ‘U.S. policy must create a climate in which a rising China is never tempted to use its growing power coercively within or outside the region.’ “
The article concludes:
“…we should be in no doubt that China and the United States are squaring off for a historic Indo-Pacific confrontation.
Even if, for obvious economic reasons, China does not want outright war, few military men of any nationality doubt that the Pacific region is now the most plausible place in the world for a great power clash.
Michael Auslin of the American Enterprise Institute declares resoundingly: ‘America’s economic health and global leadership in the next generation depend on maintaining our role in the world’s most dynamic region.’
But the Chinese fiercely dissent from this view. It is hard to exaggerate the threat which this clash of wills poses for peace in Asia, and for us all, in the coming decades.”
http://www.dailymail.co.uk/debate/article-2066380/Will-World-War-III-U-S-China.html#ixzz1eqKqBYgD 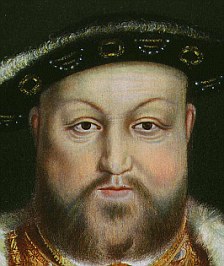 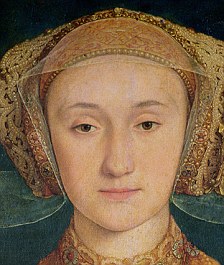 Henry VIII and Anne of Cleves, as painted by Hans Holbein 1539
Henry VIII asked for the hand of Anne of Cleves, wife #4 of 6, after he saw a portrait of her by Holbein.  Anne lived in Germany and she said “Ja”.  When she arrived, Henry found out that, as for many internet romances, the Holbein portrait had been a lot more flattering than the real thing, at least as far as he was concerned.  Henry was so turned off by her that he reputedly called her “The Flanders Mare”, a reference to a large draught horse.  Although he went through with the marriage, he said “nein” to consummating it.  Six months later Anne was sent off with an annulment and a hefty purse but outlived Henry by 10 years.
The topic arises because another wonderful TV program, Antiques Roadshow, includes a double portrait by artist Rex Whistler (1905-1944), which shows a double portrait of Henry and Anne.  View it one way and you have Henry, turn it around and you have the monstrously ugly Anne.  The antique expert, Rupert Maas, says that “It’s just great fun. Anne wasn’t a very attractive woman according to popular history – although I’m not sure she was quite as hideous as this.’ 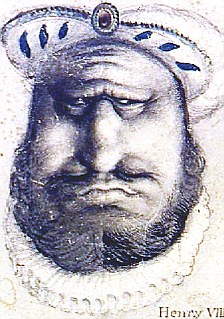 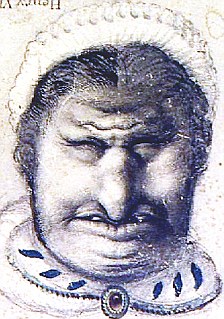 Trivia:
Whistler was a successful portrait artist who also painted numerous double images, as above, for humour.  He elisted when WW2 broke out and who became a tank commander but did  not let the war stop his painting activities, his tank having a bucket hanging off the side with his brushes and art supplies.  Whistler was killed by a mortar attack in the D Day invasion.  Having a premonition of his death, he had asked a friend a few days earlier to be buried where he fell, not in a military cemetery.
http://www.dailymail.co.uk/news/article-2066362/So-THIS-Henry-VIII-called-wife-No-4-Flanders-Mare-Anne-Cleves-upside-image-king-portraits.html#ixzz1eqVYRfdx