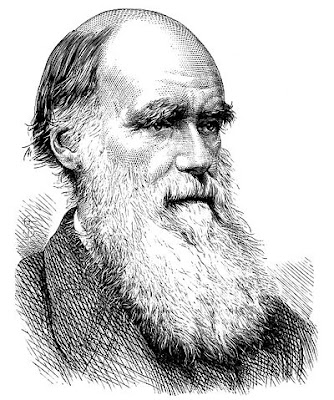 "Whenever I have found that I have blundered, or that my work has been imperfect, and when I have been contemptuously criticised, and even when I have been overpraised, so that I have felt mortified, it has been my greatest comfort to say hundreds of times to myself that ‘I have worked as hard and as well as I could, and no man can do more than this.’ ”
-      Charles Darwin
Charles Darwin (1809 – 1882) proposed the scientific theory that all species of life have descended over time from common ancestry, that this branching pattern of evolution resulted from a process that he called natural selection. At a time when many believed that the world had been created in the Biblical seven days, Darwin’s 1859 book On the Origin of Species was met with considerable controversy.  In 1871 he examined human evolution and sexual selection in The Descent of Man and Selection in Relation to Sex, followed by The Expression of the Emotions in Man and Animals.  For Darwin, humans were just another form of animal in the process of natural selection.  In the public mind, Darwin maintained that humans had evolved from apes, contrary to the prevailing orthodox religious explanation of creation.  In time Darwin’s theories came to be accepted and became the new orthodoxy. 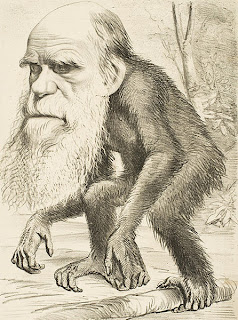 1871 newspaper caricature following publication of The Descent of Man, showing Darwin with an ape’s body
Posted by BytesMaster at 9:31 PM