The Melbourne Cup and Mark Twain 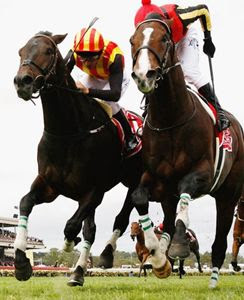 "Nowhere in the world have I encountered a festival of people that has such a magnificent appeal to the whole nation. The Cup astonishes me."
-           Mark Twain
In 1895, at the age of 60, Mark Twain (1835 – 1910)  embarked on a world wide lecture tour to raise funds to pay creditors.  His tour took in Africa, India and Australia, where he lectured at the Athenaeum, visited the Victorian goldfields and attended the Melbourne Cup.  The latter event prompted him to make the above comment at a public lecture.
It should be remembered that the Melbourne Cup was first held in 1861, so that the exuberance he described had developed in a relatively brief period.

Unfortunately, whilst in Melbourne he also developed a painful carbuncle.

Twain described Melbourne and the Cup in a chapter in his 1897 book Following the Equator:

Melbourne spreads around over an immense area of ground. It is a stately city architecturally as well as in magnitude…It is the largest city of Australasia, and fills the post with honour and credit. It has one specialty; this must not be jumbled in with those other things. It is the mitered Metropolitan of the Horse-Racing Cult. Its raceground is the Mecca of Australasia. On the great annual day of sacrifice - the 5th of November, Guy Fawkes’s Day - business is suspended over a stretch of land and sea as wide as from New York to San Francisco, and deeper than from the northern lakes to the Gulf of Mexico; and every man and woman, of high degree or low, who can afford the expense, put away their other duties and come. They begin to swarm in by ship and rail a fortnight before the day, and they swarm thicker and thicker day after day, until all the vehicles of transportation are taxed to their uttermost to meet the demands of the occasion, and all hotels and lodgings are bulging outward because of the pressure from within. They come a hundred thousand strong, as all the best authorities say, and they pack the spacious grounds and grandstands and make a spectacle such as is never to be seen in Australasia elsewhere.
It is the “Melbourne Cup” that brings this multitude together. Their clothes have been ordered long ago, at unlimited cost, and without bounds as to beauty and magnificence, and have been kept in concealment until now, for unto this day are they consecrate. I am speaking of the ladies’ clothes; but one might know that.
And so the grand-stands make a brilliant and wonderful spectacle, a delirium of colour, a vision of beauty. The champagne flows, everybody is vivacious, excited, happy; everybody bets, and gloves and fortunes change hands right along, all the time. Day after day the races go on, and the fun and the excitement are kept at white heat; and when each day is done, the people dance all night so as to be fresh for the race in the morning. And at the end of the great week the swarms secure lodgings and transportation for next year, then flock away to their remote homes and count their gains and losses, and order next year’s Cup-clothes, and then lie down and sleep two weeks, and get up sorry to reflect that a whole year must be put in somehow or other before they can be wholly happy again.
The Melbourne Cup is the Australasian National Day. It would be difficult to overstate its importance. It overshadows all other holidays and specialised days of whatever sort in that congeries of colonies. Overshadows them? I might almost say it blots them out. Each of them gets attention, but not everybody’s; each of them evokes interest, but not everybody’s; each of them rouses enthusiasm, but not everybody’s; in each case a part of the attention, interest, and enthusiasm is a matter of habit and custom, and another part of it is official and perfunctory. Cup Day, and Cup Day only, commands an attention, an interest, and an enthusiasm which are universal - and spontaneous, not perfunctory. Cup Day is supreme it has no rival. I can call to mind no specialised annual day, in any country, which can be named by that large name - Supreme. I can call to mind no specialised annual day, in any country, whose approach fires the whole land with a conflagration of conversation and preparation and anticipation and jubilation. No day save this one; but this one does it. 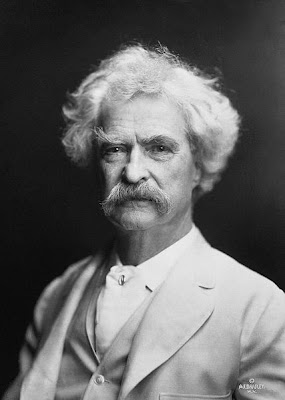