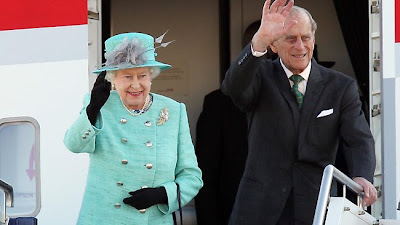 With Her Maj and hubby visiting Oz, it is opportune to post a reminiscence by Gareth Evans, former Attorney General and Foreign Minister, of his meeting with Prince Philip. Gareth’s comments are quoted in Barry Cohen’s Whitlam to Winston:
Gareth Evans remembers well the moment he cast off any lingering doubts he had about the monarchy and became a confirmed republican. It was December 1985 and Her Majesty was at Yarralumla with her consort to sign into law the Australia Act, the legislation that allowed Australia to finally sever all those remaining linkages with the United Kingdom that we were constitutionally capable of severing, short of a referendum.
It was, he recalls, a great occasion.
The entire Ministry gathered in a semicicrcle as the Queen and Prince Philip came around, shook our hands one by one and engaged in a little conversation with each of us.
After I had a polite but brief exchange with Her Majesty, she settled into a rather more prolonged discussion with Senator Susan Ryan, standing beside me, leaving me face to face with Prince Philip with a conversation gap to fill. My gambit wasn’t, on reflection, the most adventurous or stylish but I still think it was serviceable enough for the occasion. My opening line – ‘This is really a marvellous occasion and it’s wonderful that you are here for it’ – did not evince any discernible reaction at all. So I plunged on with something like this: ‘I feel particularly pleased personally that this has come to fruition. When I was Attorney-General I spent a fair bit of time rushing backwards and forwards to Whitehall, the Parliament and in fact the Palace as well, putting all this together, and it’s great that we’ve now made it.’
Prince Philip paused, looked at me and uttered just two words in reply: ‘Big deal.’