Recently, in connection with a hospital humour post,  I inluded the hospital quote from Flying High (in the US Airplane!), Leslie Nielsen’s funny flick. It started me thinking about some of the best quotes from Leslie Nielsen’s films and chuckling to myself as I remembered them. 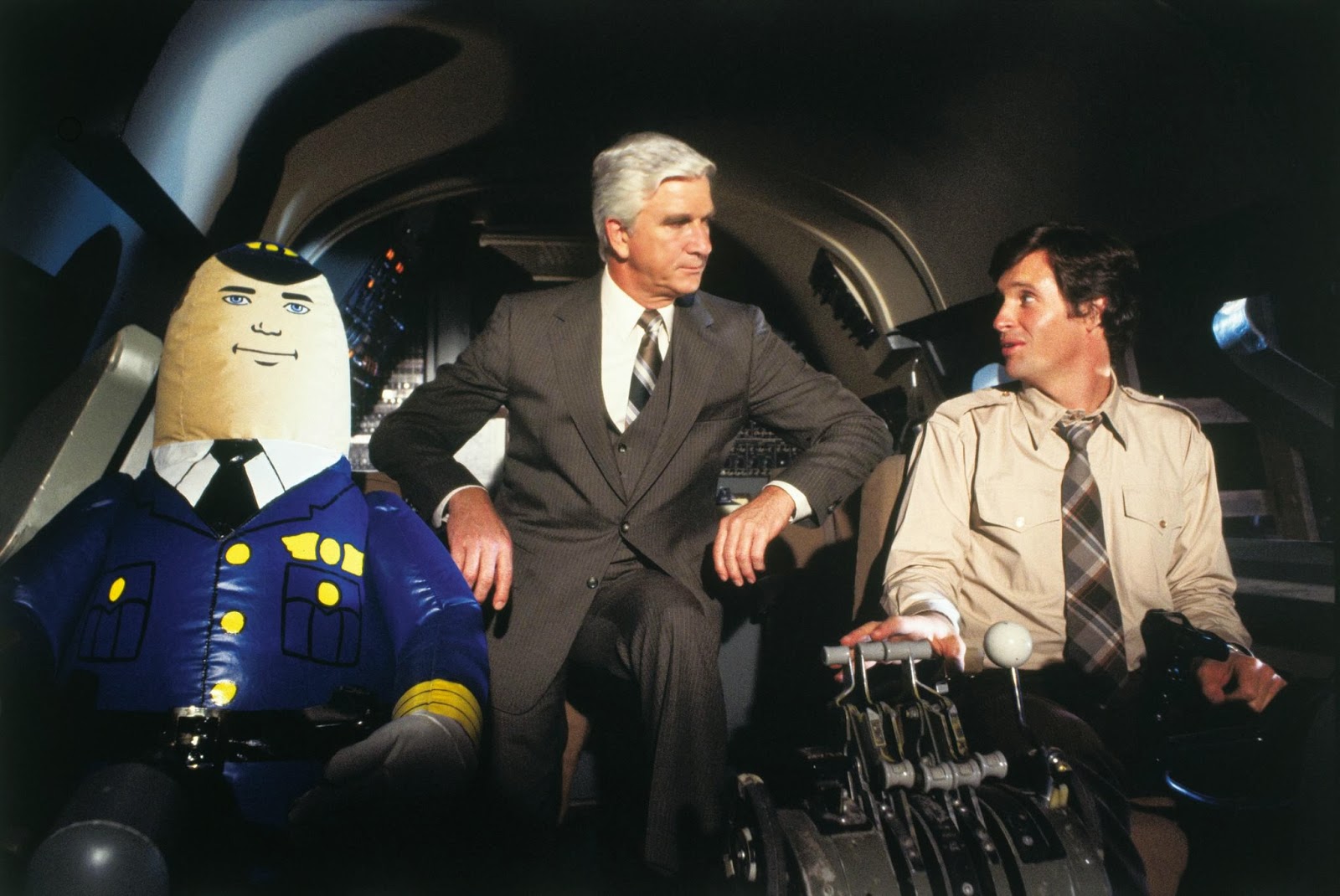 Rumack: You'd better tell the Captain we've got to land as soon as we can. This woman has to be gotten to a hospital.
Elaine Dickinson: A hospital? What is it?
Rjumack: It's a big building with patients, but that's not important right now.

Rumack: Can you fly this plane, and land it?
Ted Striker: Surely you can’t be serious.
Rumack: I am serious… and don’t call me Shirley.

Operator: [Captain Oveur is on the phone with the Mayo Clinic] Excuse me, Captain Oveur, but I have an emergency call on line five from a Mr. Hamm.
Captain Oveur: Alright, give me a Hamm on five, hold the Mayo.

Elaine Dickinson: Ladies and gentlemen, this is your stewardess speaking... We regret any inconvenience the sudden cabin movement might have caused, this is due to periodic air pockets we encountered, there's no reason to become alarmed, and we hope you enjoy the rest of your flight... By the way, is there anyone on board who knows how to fly a plane? From The Naked Gun: From the Files of Police Squad!: 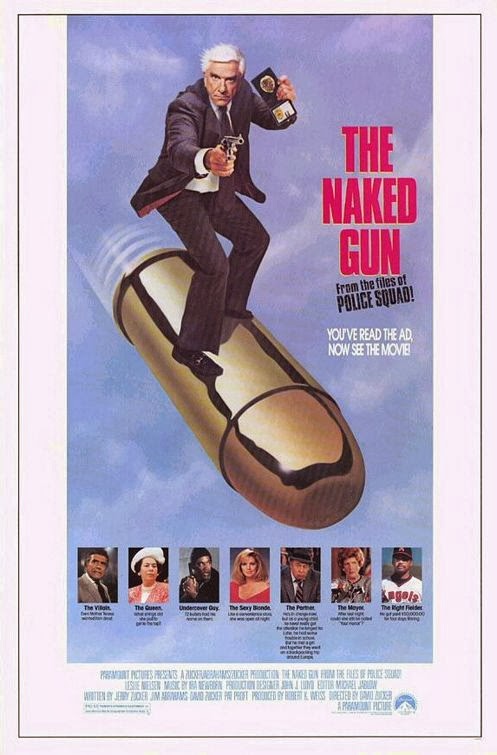 Frank: It's true what they say: Cops and women don't mix. It's like eating a spoonful of Drano; sure, it'll clean you out, but it'll leave you hollow inside.

Mayor: Now Drebin, I don’t want any trouble like you had on the South Side last year, that’s my policy.
Frank: Well, when I see five weirdos, dressed in togas, stabbing a man in the middle of the park in full view of a hundred people, I shoot the bastards, that’s “my” policy!
Mayor: That was a Shakespeare-In-The-Park production of ‘Julius Caesar,’ you moron! You killed five actors! Good ones!

Frank: Wilma, I promise you; whatever scum did this, not one man on this force will rest one minute until he's behind bars. Now, let's grab a bite to eat.

[Jane climbs a ladder]
Frank: Nice beaver!
Jane [producing a stuffed beaver] Thank you. I just had it stuffed. 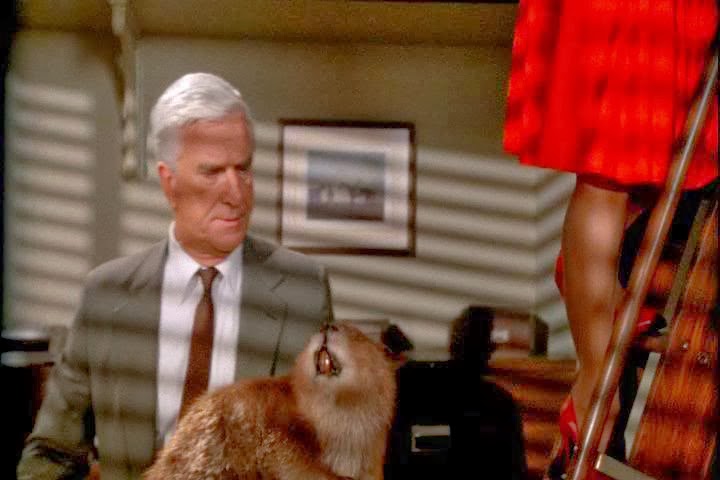 [Frank Drebin is emptying out his files after being kicked off the force]
Frank: Hey! The missing evidence in the Kelner case! My God, he really was innocent!
Ed: He went to the chair two years ago, Frank.
Frank: Well, uh...
[Frank Drebin quickly shoves the evidence back into the file cabinet]

Mrs Nordberg: Oh, my poor Nordberg! He was such a good man, Frank. He never wanted to hurt anyone. Who would do such a thing?
Frank: It's hard to tell. A gang of thugs, a blackmailer, an angry husband, a gay lover...

Frank: I’d known her for years. We used to go to all the police functions together. Ah, how I loved her, but she had her music. I think she had her music. She’d hang out with the Chicago Male Chorus and Symphony. I don’t recall her playing an instrument or being able to carry a tune. Yet she was on the road 300 days of the year. In fact, I bought her a harp for Christmas. She asked me what it was.

From The Naked Gun 2½: The Smell of Fear: 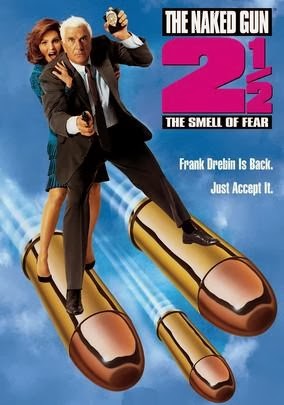 Frank: That’s the red-light district. I wonder why Savage is hanging around down there.
Ed: Sex, Frank?
Frank: Uh, no, not right now, Ed.

Dr Mainheimer: It's a terrible thing that's happened here, Lieutenant. I do hope you will find the people responsible.
Frank: I'm sorry I can't be more optimistic, Doctor, but we've got a long road ahead of us. It's like having sex. It's a painstaking and arduous task that seems to go on and on forever, and just when you think things are going your way, nothing happens.

Frank: Miss, I'm Lt. Frank Drebin, and this is Captain Ed Hocken, Police Squad.
Busty Female Shop Assistant: Is this some kind of bust?
Frank: Well... it's very impressive, yes, but we need to ask you a few questions.

Commissioner Anabell Brumford: Ladies and gentlemen, I would now like to introduce a most special American. Tonight, he is being honoured for his 1000th drug-dealer killed.
Frank: [to applause] Thank you. But, in all honesty, the last three I backed over with my car. Luckily, they turned out to be drug-dealers.

Frank: Now, Jane, what can you tell us about the man you saw last night?
Jane: He’s Caucasian.
Ed: Caucasian?
Jane: Yeah, you know, a white guy. A moustache. About six-foot-three.
Frank: Awfully big moustache.

Frank: I’m single! I love being single! I haven’t had this much sex since I was a Boy Scout leader!
(Music Stops. People stare.)
Frank: I mean at the time I was dating a lot. Tanya: What are you doing?
Frank: Oh! I was, uh, just conjugating my next move.
Tanya: Your bishop’s exposed.
Frank: It’s these pants.

Frank: Well… We shot a lot of people together. It’s been great. But today I retire, so if I do any shooting now, it’ll have to be within the confines of my own home. Hopefully, an intruder and not an in-law, like at my bachelor party

Frank: Like a midget at a urinal, I was going to have to stay on my toes. 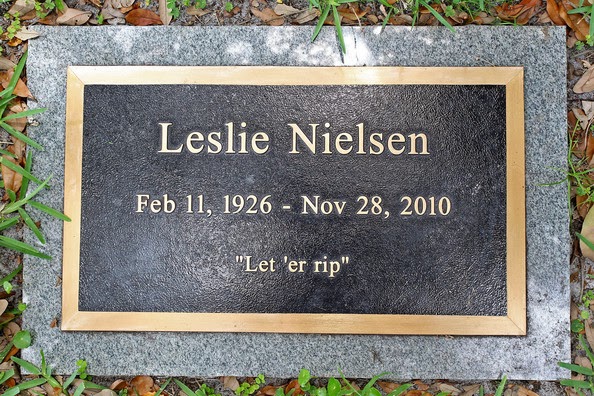