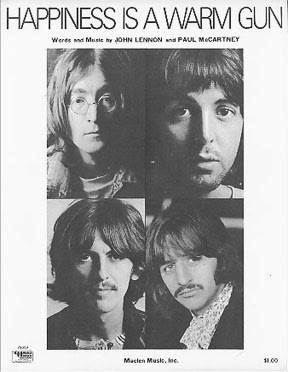 Athough credited to Lennon - McCartney, it was written by John Lennon.

The creator of the Peanuts comic strip, Charles M Schilz, once wrote a book “Happiness is a Warm Puppy”. 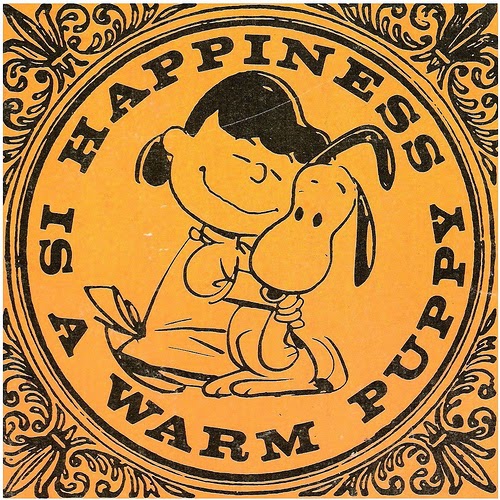 "I think he [George Martin] showed me a cover of a magazine that said 'Happiness Is a Warm Gun.' It was a gun magazine. I just thought it was a fantastic, insane thing to say. A warm gun means you just shot something."

"Happiness Is a Warm Gun" was McCartney’s and Harrison’s favourite song on the White Album.

As with many Lennon lyrics, Happiness is a Warm Gun can be interpreted on a number of levels:

From the 1980 Playboy interview:

PLAYBOY: "'Happiness Is a Warm Gun.'"

LENNON: "No, it's not about heroin. A gun magazine was sitting there with a smoking gun on the cover and an article that I never read inside called 'Happiness Is a Warm Gun.' I took it right from there. I took it as the terrible idea of just having shot some animal."

PLAYBOY: "What about the sexual puns: 'When you feel my finger on your trigger'?"

LENNON: "Well, it was at the beginning of my relationship with Yoko and I was very sexually oriented then. When we weren't in the studio, we were in bed."

PLAYBOY: "What was the allusion to 'Mother Superior jumps the gun'?"

LENNON: "I call Yoko Mother or Madam just in an offhand way. The rest doesn't mean anything. It's just images of her."

The BBC banned the song for sexual suggestiveness.

According to Susan Kreutzer:

The lyrics were a typical Lennon hodgepodge of images most of which came from an acid laced get together with friends Derek Taylor, Pete Shotton, and longtime Beatles assistant Neil Aspinall.

John said he had half a song and wanted to throw out ideas while Neil wrote them down.

They were looking for a phrase that described a very smart girl and Taylor remembered a phrase his father used to say, ‘She’s not a girl who misses much’.

Then Taylor told a story of man he and his wife had met late one night at a bar at the Carrick Hotel, who said he liked to wear moleskin gloves when out with his girlfriend.

The line, ‘which he ate and donated to the national trust’ was the most curious. They remembered walking the public places of Merseyside and finding that people had defecated behind the bushes and at old air raid shelters hence, donating what they ate. 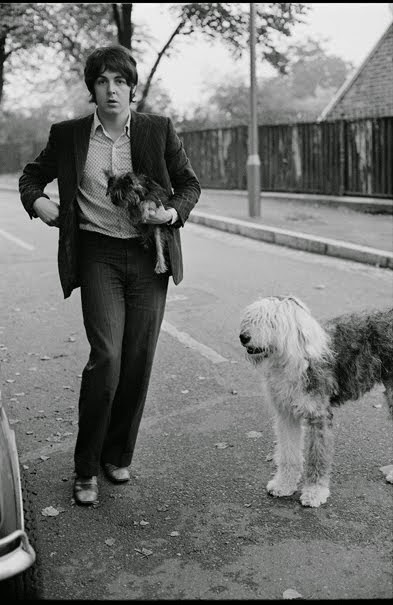 The name “Martha” comes from Paul McCartney’s Old English Sheepdog by that name.

"It's a communication of some sort of affection but in a slightly abstract way - 'You silly girl, look what you've done,' all that sort of stuff. These songs grow. Whereas it would appear to anybody else to be a song to a girl called Martha, it's actually a dog, and our relationship was platonic, believe me."

McCartney said in A Hard Day’s Write that the song is about his “muse” – the voice in his head that tells him what words and music to write.

McCartney wrote the song (although credited to him and Lennon) and did all the work: double-tracked vocal, piano, bass, lead guitar, drums, handclaps, brass and string arrangement.

"When I taught myself piano I liked to see how far I could go, and this started life almost as a piece you'd learn as a piano lesson. It's quite hard for me to play, it's a two-handed thing, like a little set piece. In fact I remember one or two people being surprised that I'd played it because it's slightly above my level or competence really, but I wrote it as that, something a bit more complex for me to play. Then while I was blocking out words - you just mouth out sounds and some things come - I found the words 'Martha my dear'. "

McCartney has commented that John Lennon was surprised at McCartney’s fondness for Martha:

"She was a dear pet of mine. I remember John being amazed to see me being so loving to an animal. He said, 'I've never seen you like that before.' I've since thought, you know, he wouldn't have. It's only when you're cuddling around with a dog that you're in that mode, and she was a very cuddly dog."

One of Martha's offspring is featured on the cover of Paul's album Paul is Live: 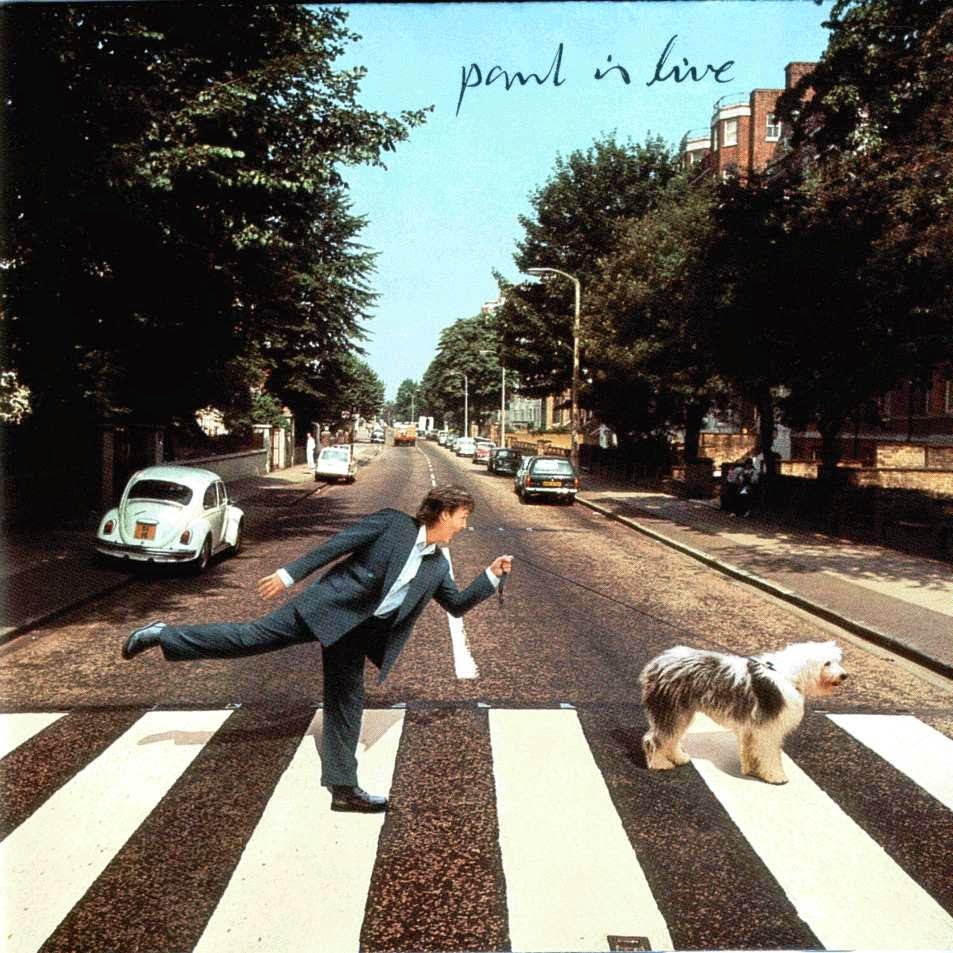 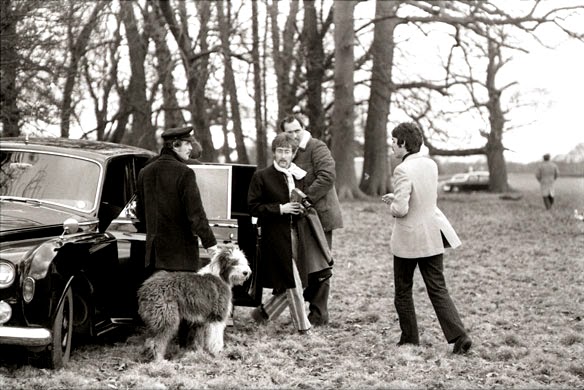 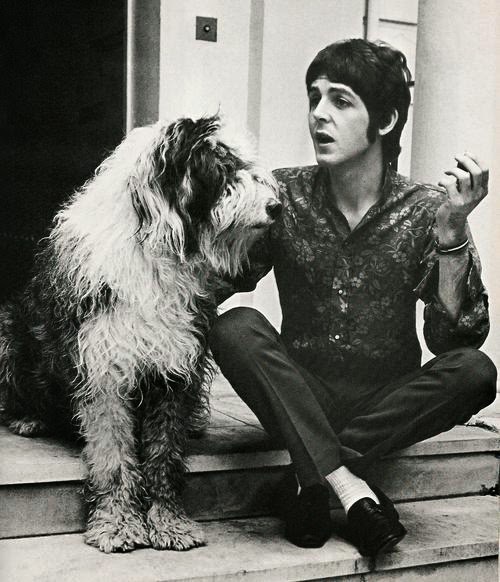 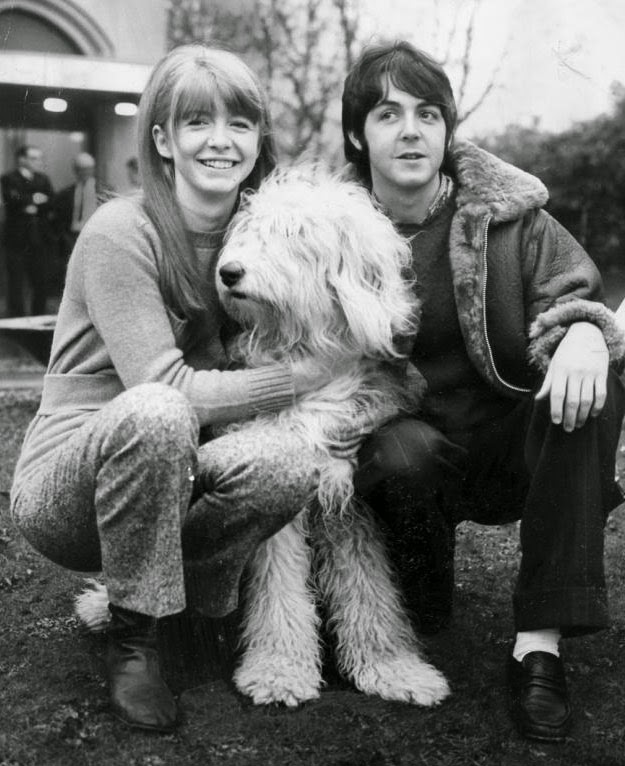