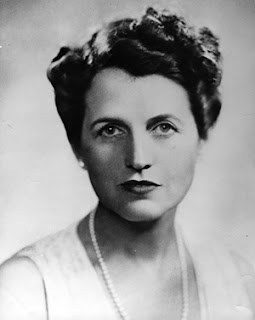 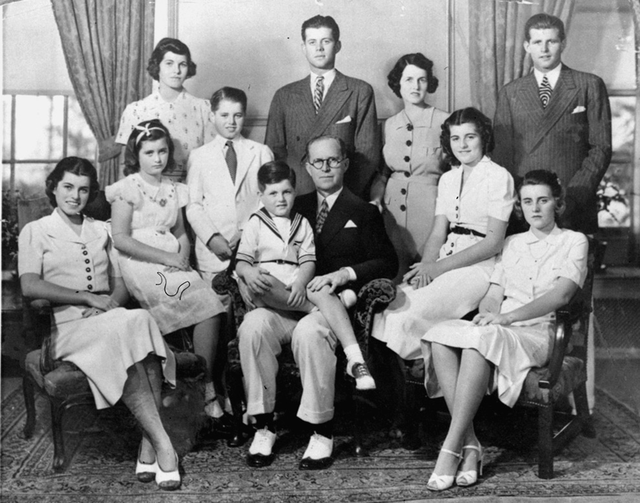 Joseph P. Kennedy and his wife Rosemary Kennedy pose with their nine children for this picture in 1938 at Bronxville. From left are, seated: Eunice, Jean, Edward (on lap of his father), Patricia, and Kathleen. Standing: Rosemary, Robert, John, Mrs Kennedy, and Joseph, Jr.