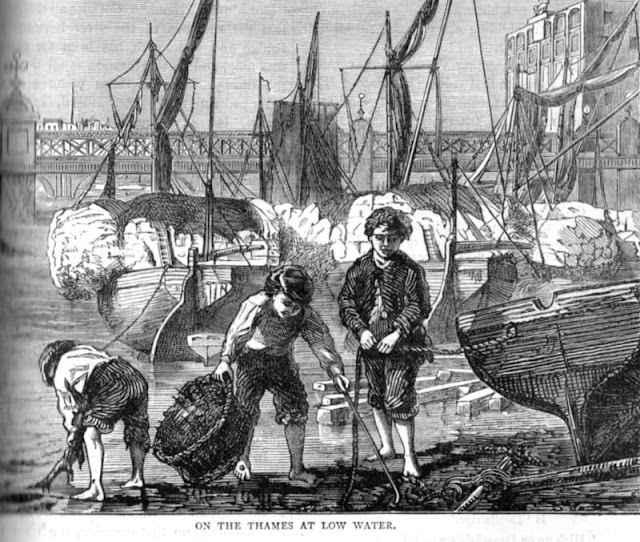 Anyone who has seen Mary Poppins could be forgiven for thinking that life in a Victorian English household was carefree and happy, especially for children. For many children in Victorian England, this was far from the truth. Extreme poverty sometimes forced young children into grim occupations as a means of assisting their family’s finances.
One such occupation was that of mudlarks, people who scavenged the mud of the River Thames at low tide for anything of value. Mudlarks were usually children between the ages of 8 and 14, although elderly people also participated. Items found which might be sold included bits of coal and rope, discarded copper nails, bones (ground up and used for fertiliser) and tools which had been lost.
The River Thames in Victorian England was befouled by waste and human excrement, with untreated raw sewage being discharged into it. Corpses of humans and animals, commonly cats and dogs, often lay stinking on the river shores.
People who scavenge the river mud today are still known as mudlarks, although these days they are adults with metal detectors seeking historical artefacts and valuables.
Toshers were people who scavenged in the London sewer system. It was not uncommon for whole families of toshers to remove a lid and enter the sewer system to commence the day’s scavenging.
Toshers and mudlarks were unpopular with everyone, including the desperate poor, by reason of the smell they carried with them from their activities. The jobs were considered amongst the lowest of the low.
Grubbers were people who scavenged in drains in Victorian England.
Toshers and grubbers were also commonly children.
According to Henry Mayhew, in his 1851 book London Labour and the London Poor:

“They may be seen of all ages, from mere childhood to positive decrepitude, crawling among the barges at the various wharfs along the river; it cannot be said that they are clad in rags, for they are scarcely half covered by the tattered indescribable things that serve them for clothing; their bodies are grimed with the foul soil of the river, and their torn garments stiffened up like boards with dirt of every possible description”. 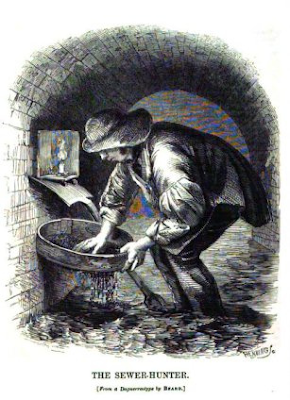 A tosher at work c. 1850 ,sieving raw sewage in one of the dank, dangerous and uncharted sewers beneath the streets of London. From Mayhew’s London Labour and the London Poor. 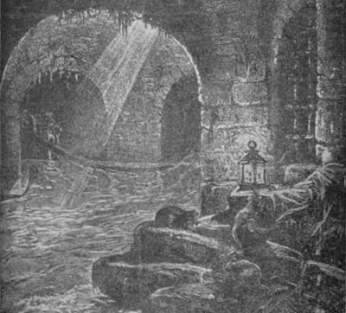 A London sewer in the19th century. This one, as evidenced by the shaft of light penetrating through a grating, must be close to the surface; others ran as deep as 12 metres (40 feet) beneath the city. 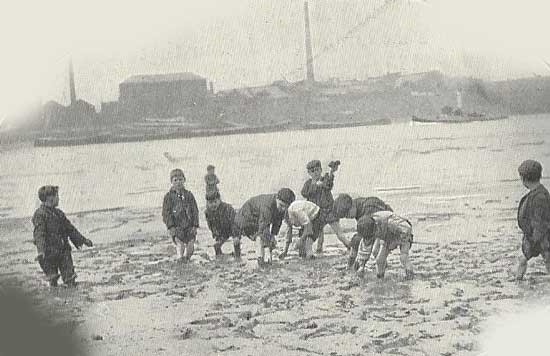 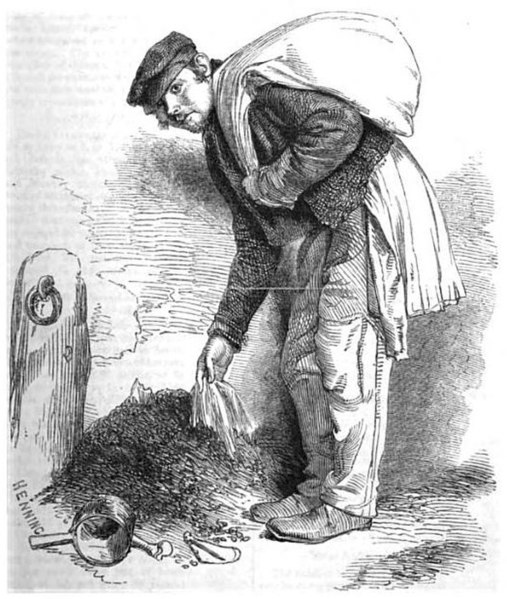