HER MAJ AND HER PLATINUM JUBBLY 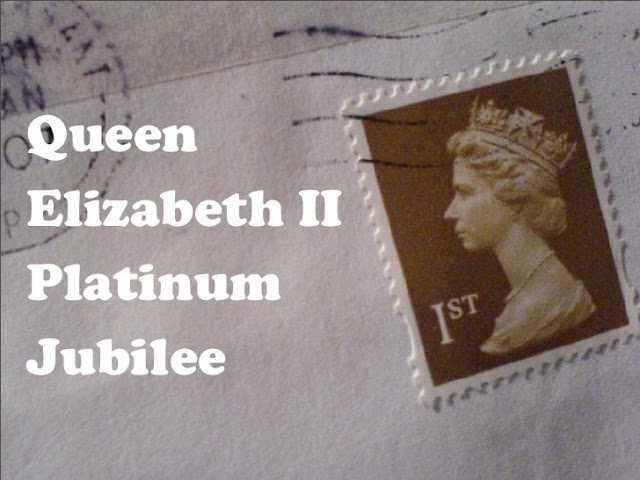 The Queen became the first British Monarch to celebrate a Platinum Jubilee on Sunday February 6 2022, marking 70 years on the throne.  The Queen’s coronation took place in June 1953 at Sandringham House, a year after her father King George VI’s passing.
As I have said many a time, I am pro-republic for Oz but with a lot of admiration for Her Maj and her lifetime of impeccable service.
-----oOo-----
More than 10,000 souvenir cups and plates made in China and sent to the UK have recorded that they are in honour of Queen Elizabeth's Platinum Jubbly: 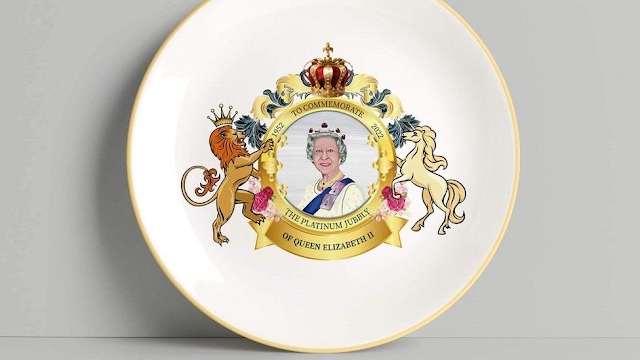 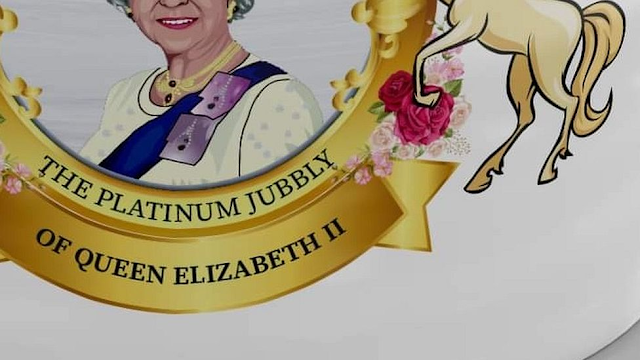 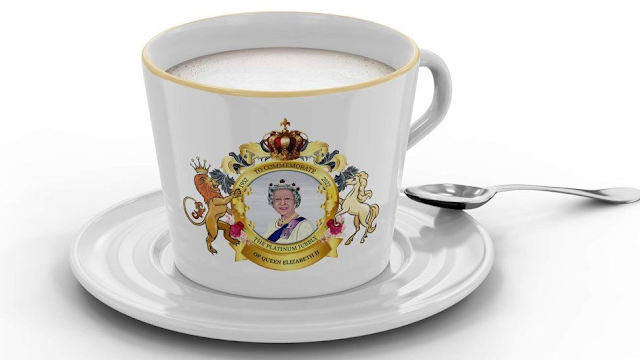 The items are being promoted for sale as "Souvenir Stock with Slight Typo Mistake" and touted as collector's items.
Source:
BBC News
https://www.bbc.com/news/uk-60218573
-----oOo-----
Some facts and trivia . . .
-----oOo-----
Her Maj:
The Queen has been involved and volunteered in over 600 charities, military associations, professional bodies and public service organisations.
At 95 years old, the Queen has a fair share of big birthday parties in her life, but because of the crown, the tradition of the Queen having two birthdays means she’s had a total of 140 birthdays during her reign.
Born on 21 April, she has kept up the royal tradition of an ‘official’ birthday, with hers typically falling on the second Saturday of June.
The Queen has visited numerous countries around the world and has had 94 official state visits during her reign.
Annually, the British public and around worldly citizens have watched the 95-year-old deliver her Christmas speeches since 1969. During these speeches, she touches on events that took place in the past year, including hardships, triumphs and hopes for a better new year. Last year, she paid tribute to her late husband Prince Philip who died aged 99.
Madame Tussauds wax figures are known for their depiction of well-known faces across the globe and usually, celebrities only have a few done in their honour. The Queen has 23 figures carved out to look like her, and her star power has attracted many visits, however, the wax figures are also done to keep in touch with her changing appearance over the years.
Over the last 70 years, The Queen has seen many prime ministers come and go in Downing Street. Famously political figures such as Winston Churchill, Margaret Thatcher, Theresa May and Boris Johnson. The Queen has held a steady hand in the political realm and witnessed 18 elections in the United Kingdom.
Being a mother of three sons, the Queen oldest grandchild Peter Phillips was born in 1977, and seven more followed over the years. Her first great-grandchild, Savannah, was born to Phillips and his now ex-wife Autumn Kelly in 2010.
She now has 12 great-grandchildren in total, famously Prince George, Princess Charlotte and Prince Louis who are children of Prince William and Kate Middleton.
The Queen holds seven Guinness World Records, one of them the Royal Highness holds, is the record for most currencies and coins featuring the same individual, 45 countries.
As passports are issued in Her Majesty’s name, the Queen doesn’t need one to travel overseas. However, the rest of the royal family do require one.
-----oOo----- 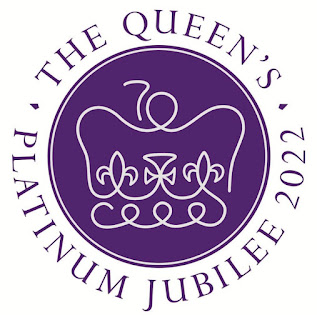 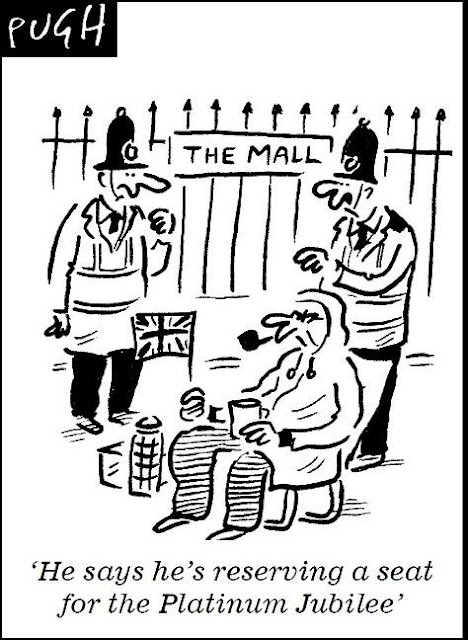 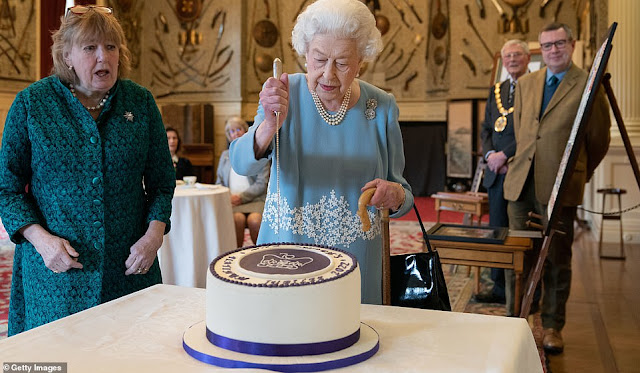 Her Maj, possibly fantasising that the cake is Meghan Markle
Posted by BytesMaster at 10:58 AM