Laws of the Universe: Murphy's and Other Laws 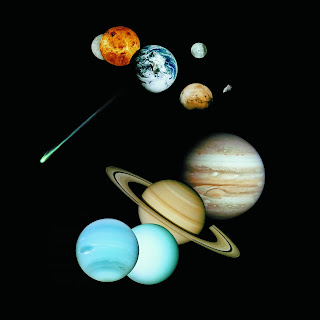 Murphy’s Law, the adage that “Anything that can go wrong, will go wrong”, became known in those terms about 1950 although similar expressions dated back to the 1800’s. The above wording and the name Murphy’s Law are generally attributed to Captain Edward Murphy, an engineer working on Edwards Air Force Base in 1949. Murphy said of one technician “If there is any way to do it wrong, he’ll find it.” Shortly afterwards the base MD, Dr Stapp, said at a press conference that the base safety record was due to a firm belief in Murphy's Law and in the need to try and circumvent it. From there it was quoted and became more widely known, eventually worldwide.
Murphy’s Law, and laws like Murphy’s, help to explain and make sense of both minor occurrences and the structure of the universe. More importantly, they do so in practical ways we all understand and relate to. Quote Newton’s Third Law of Motion – “To every action there is an equal and opposite reaction” – and you will have people scratching their heads and wondering of what practical benefit in any event.
Quote Aigner’s Axiom – “No matter how well you perform your job, a superior will seek to modify the results” – and people will nod knowingly. Not only do they know it’s true, either from experience or because it intuitively feels true, it also a practical tool to deal with expectation and  for not becoming discouraged.

Email ThisBlogThis!Share to TwitterShare to FacebookShare to Pinterest
Labels: Laws of the Universe, Murphy's and Other Laws