Byters may be interested in the following exhibitions which are on in Sydney or coming to Sydney (text is from the exhibition promotional material): 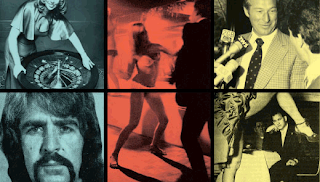 Sin City:  Crime and Corruption in 20th-century Sydney
Jusrice and Police Museum
1 May 2010 - 22 May 2011
"No city in the world can rival Sydney's tolerance for organised crime."
Professor Alfred W McCoy, 1980.
In the second half of the 20th century, Sin City was in every way a fitting nickname for Sydney. Organised crime held a grip on the city and corruption was rife, infiltrating the top levels of politics, law and justice.
Focusing on the 1940s to the 1980s, this exhibition will examine some of the audacious crimes, fascinating people and various vice trades – from suburban SP bookmakers and sly-grog sellers to narcotics dealers and flashy illegal casinos – that bankrolled corruption.
By presenting a mixture of new interviews, short biographies, rare objects and a comprehensive news archive, Sin City will uncover the elements of Sydney that condoned and encouraged corruption, and expose some of the popular myths associated with this celebrated topic.

Convict Sydney
﻿Hyde Park Barracks Museum
Saturday 11 September, 2010 — Friday 31 May, 2013
All kinds of crimes could get you a job on Macquarie Street…

Explore Australia’s convict history at the World Heritage Listed Hyde Park Barracks. Learn about the forced transportation of convicts, their daily lives and how they built the colony. Wander the streets of 1820s Sydney on our giant map, try on a set of leg- irons, lie in a convict hammock, look for your relatives on the convict database, and discover the intriguing stories of some of the 50,000 convicts who passed through the barracks doors between 1819 and 1848. 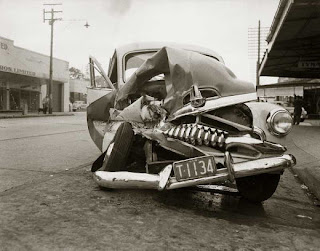 Walter Tuchin – Police Photographer
Justice & Police Museum
Saturday 8 May, 2010 — Sunday 13 March, 2011
The work of retired 1950s police crime-scene photographer, Walter Tuchin, is now on display within the Archive Gallery of the Justice & Police Museum. Tuchin’s photographs, taken on behalf of the Scientific Investigation Bureau, between 1952 and1957, document a variety of criminal investigations and accident scenes. Subjects, range from the banal to the shocking: we encounter stolen cutlery, the crumpled bonnet of a car, the hands of a strangler, and domestic murder in a backyard. Each photograph is evenly illuminated, meticulously detailed and carefully composed. This emphasis on clarity was required by the detectives in charge of the case and by the judge in the courtroom. Yet, despite the surety of his method, Tuchin’s photography, at least for the modern viewer, also seems to be charged with something else – a quality that is haunting and surreal. 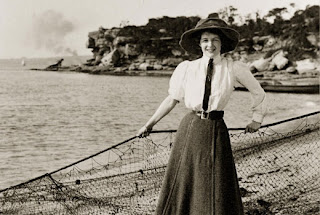 An Edwardian summer: Sydney through the lens of Arthur Wigram Allen
Museum of Sydney
11 December 2010 - 25 April 2011
Sydney lawyer and identity Arthur Wigram Allen, a tirelessly enthusiastic photographer, was fascinated by the social and technological changes occurring during his lifetime. His talent for amateur photography produced extraordinary pictures that offer a fresh insight into the Edwardian years in Sydney.
The Edwardian era was sandwiched between the great achievements of the Victorian age and the global catastrophe of World War I. The death of Queen Victoria in January 1901 heralded a new century of significant inventions and social changes, including powered flight, the rise of the motorcar and a new federated Australia.
An Edwardian summer will present a selection of Arthur Allen’s beautiful images, depicting intimate moments with family and friends, motoring and harbour excursions, theatrical celebrities, bush picnics, the introduction of surf bathing on Sydney beaches, processions, pageants and mass celebrations, and new freedoms in fashion. Most have never before been published, and they form an unrivalled personal pictorial record of these rapidly changing times. The exhibition will also include artworks by Rupert Bunny, Ethel Carrick Fox, Arthur Streeton and Grace Cossington Smith, examples of male and female fashion including evening and day wear, motoring ensembles and children’s dress-up costumes, jewellery and accessories, furniture and decorative embellishments characteristic of the Edwardian era.
Posted by BytesMaster at 1:21 AM