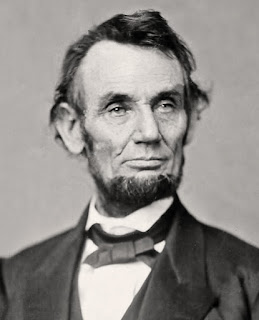 When Lincoln spoke, the famous trumpet-voice was muted; even intimate. ‘I am Abraham Lincoln.’ There was a long collective sigh of wonder and of tension and of…..? Washburne [a Congressman and friend] had never heard a sound quite like it.   ‘I know that you have fought gallantly for what you believe in, and for that I honour you, and for your wounds so honourably gained. I feel no anger in my heart toward you; and trust you feel none for me. That is why I am here. That is why I am willing to take the hand, in friendship, of any man among you.’

In the last bed by the door, a young officer turned his back on the President, who touched his shoulder and murmured, ‘My son, we shall all be the same at the end.’  Then the President was gone.