European Tree of the Year, continued 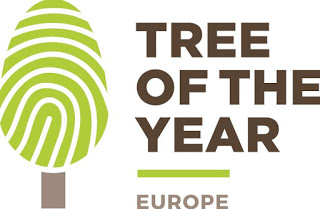 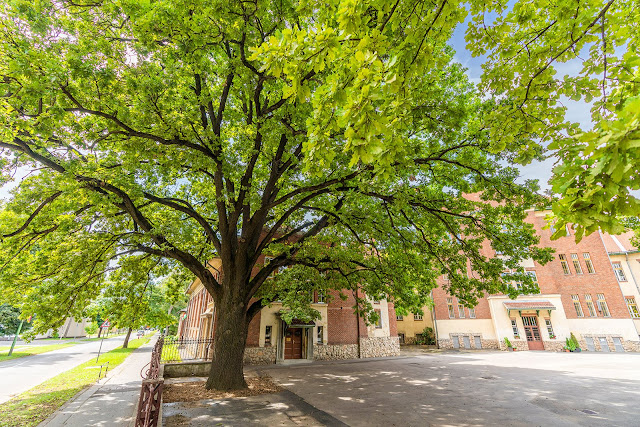 Name of tree: The Freedom Tree in Kaposvár

In the shadow of history

This common oak –known among the locals as Freedom Tree– stands in a schoolyard in Kaposvár. It was planted in 1929 to mark the major milestones in Hungarian history. For 90 years this great oak has seen thousands of schoolchildren playing in its shade as they grow up and guiding them through their lives. It became not only part of their school experience but that of their everyday life in Kaposvár. All have fond memories of the oak and have a special bond with it, as does the entire community. 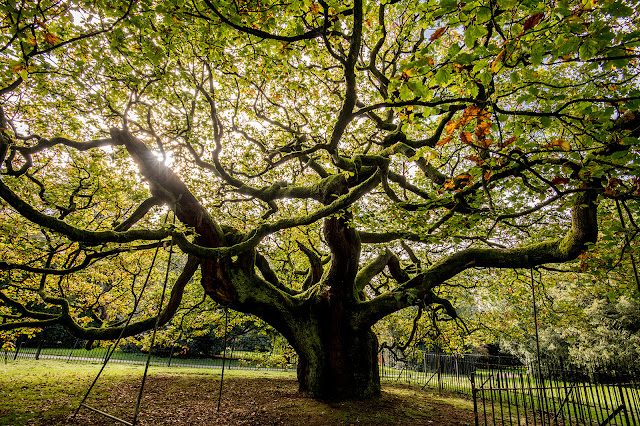 Name of tree: The Allerton Oak

The Allerton Oak grows in Liverpool’s Calderstones Park. According to legend, judges in medieval times would meet under the branches of the tree, as they lacked a courthouse. Legend also states that the crack in the tree appeared in 1864 when a ship carrying gunpowder on the Mersey exploded. It was heard 30 miles away, and smashed thousands of windows. In World War two, Christmas cards containing leaves from the oak were sent to Liverpool parks staff who were fighting abroad – a reminder of home. 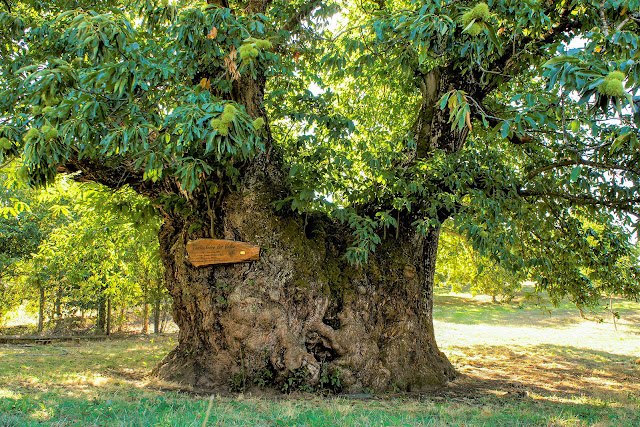 Name of tree: The Chestnut Tree from Vales

The chestnut tree from Vales

Between agricultural landscapes and enchanting forests we reach the village of Vales where we find a magnificent chestnut tree. With a 4.5 m wide trunk it is one of the largest trees in our country. Its trunk cavity holds many stories of a time when the tree was the place of children's games and became a memory for generations of adults. It is assumed that this chestnut tree is over a thousand years old and was cultivated by the Romans when they were exploring gold mines. 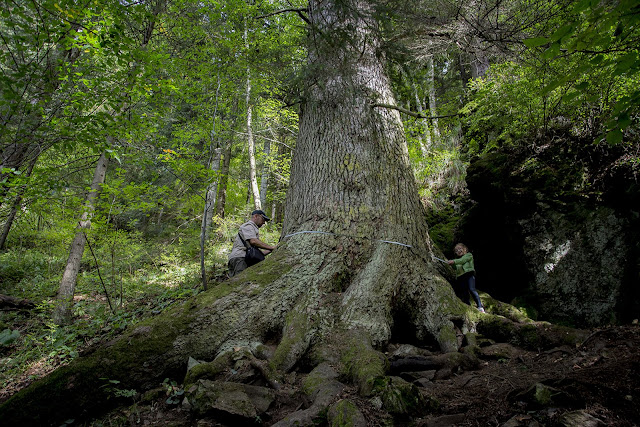 In the Cibin Valley there lived a shepherd who had 10 sheep. On a stormy day, the shepherd sheltered his sheep under the crown of a fir tree and fell asleep. When he woke up the storm had stopped, but the sheep were gone. The shepherd prayed to find the lost animals. He then fell asleep, dreaming that the fir had grown very high and thick. The dream came true. The young man climbed to the top of the fir tree and saw the sheep in a meadow. He told the villagers of this miracle, and decided to protect the fir tree. 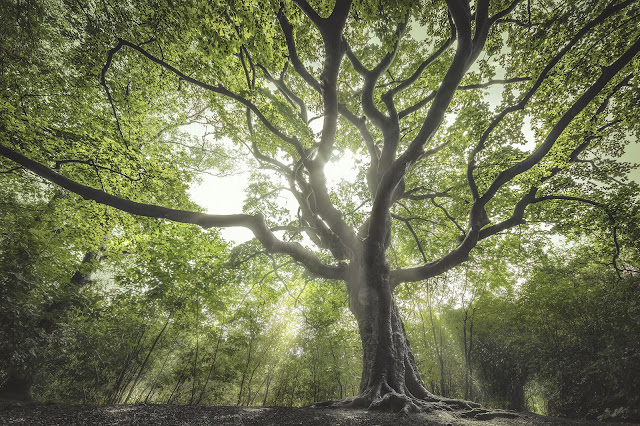 Name of tree: The Witch Tree

The Witch Tree: a living legend

The appearance of this tree, with its tortuous branches and roots that seem unable to grow into the ground, provides the perfect setting as the last resting place of Black Kate, a sinister woman that once led an infamous gang of robbers and smugglers. Many thought she had witch craft. This remarkable tree with its exciting story has attracted many children and grown-ups alike from near and far to the forest, thus keeping the legend alive. This nominee is a text book example of an impressive tree with a legendary story. 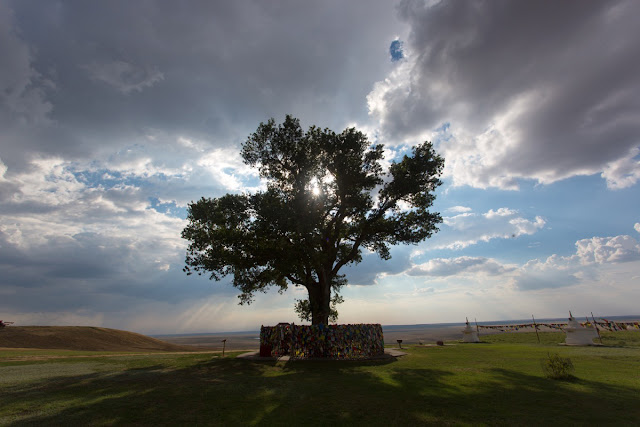 “Lonely Poplar” from the steppes of Kalmykia

According to legend, this poplar was planted in the early XX century by a Buddhist monk. He brought the seeds from Tibet, where he had been on a pilgrimage. The monk put the seeds in a traveling staff and buried them on the highest point of a hill in the vast steppe. The poplar grew into a gigantic tree with spreading branches casting a deep shadow. All who made long journeys on horseback stopped here to rest and appealed to the poplar with requests. The tree then fullfilled these wishes. The "Lonely Poplar" is regarded as a shrine in Kalmykia. 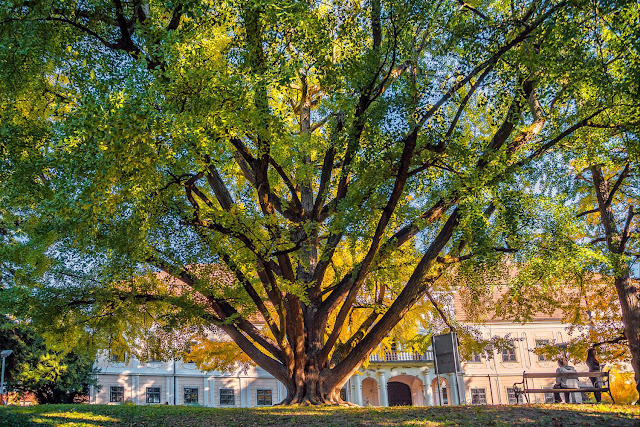 Name of tree: Ginkgo from Daruva

I'm Ginkgo from Daruvar. For centuries I have been growing by the castle together with my town. I challenge people to spread their arms and hug my whole tree trunk. I reach out to children to play and climb to the top. I got the paradise name Adam. Every day I write new pages of the story in interaction between nature and people. Let me tell you my secret. I'm not alone. Next to me is Eve. For centuries we've been celebrating love and life in Daruvar. From her shadow Eve leaves all the flattering compliments to my manly stunning beauty. Hugs from Ginko. 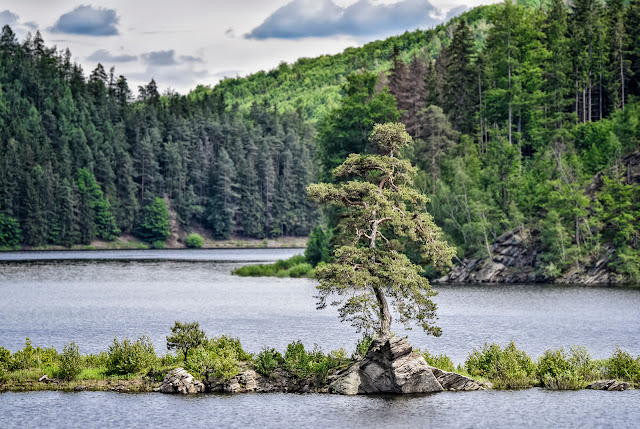 Name of tree: Guardian of the Flooded Village

Memento of the lost village

This pine from Chudobín grows on the rocky headland of the dam called Vír. The name of the pine is in connection with the flooded village of Chudobín, which ceased to exist due to the construction of a dam. According to a legend narrated by locals, a devil sat under the pine in the night and played the violin. However it is much more likely that they were hearing the strong winds blowing over the valley. This pine tree is not only an important landmark but also an impressive testimony to its high resistance to climate change and human impact.