Australiana: Under the Southern Cross I Stand 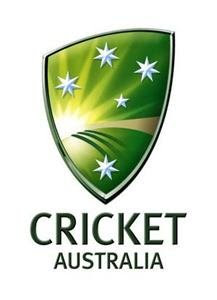 On a day celebrating all things Oz, and at a time when there is ongoing debate about our flag and anthem (and I place on record that I hate the inane lyric “Our home is girt by sea”), it is appropriate to repeat and amplify an item posted last Australia Day, the victory song of the Australian Cricket Team.  I came across it again as I was transferring old posts to this blog.

The words to the song are:

"Under the Southern Cross I stand
A sprig of wattle in my hand
A native of my native land
Australia, you f***ing beauty"


The song is sung by the players after each victory.

It is treated with reverence and respect by the players. The ritual of singing it is akin to a sacred honour.

Some sources claim that former wicketkeeper Rod Marsh is the author/composer, the work having been inspired by the 1887 Henry Lawson poem, Flag of the Southern Cross. That poem refers to the flag flown at the Eureka Stockade.

Others believe that it originated much earlier, including that it was sung by Australian soldiers serving in the Middle East. Thomas Keneally recalls his father (a sergeant in Egypt) singing it when he was a kid.

Ian Chapell says that he introduced it to the Australian team, although he did not write it:


“When I recited Southern Cross to Rod Marsh he liked it so much it became the Australian team's victory song, The first time Rod sang it was after we beat England in 1974 at the Gabba. We were down in the dressing room having a few beers and he sang it. A little while later we were invited up to the members' bar, where there were still quite a few people. Well, Rod jumped up and sang it and Lew Cooper, the secretary of the Queensland Cricketers' Club, who had asked us up, came up to him and told him he'd have to mind the language. Well, Rod got up and sang it again and then we were offered a couple of cartons and directed back down to the dressing room."


At any one time there is a custodian of the song, whose honoured role it is to sing it and lead the others in singing it after a victory. As the keeper of the unofficial anthem retires, is promoted or not selected, he anoints another to be the custodian.

The custodians so far have been:

Email ThisBlogThis!Share to TwitterShare to FacebookShare to Pinterest
Labels: Australiana, Under the Southern Cross I Stand