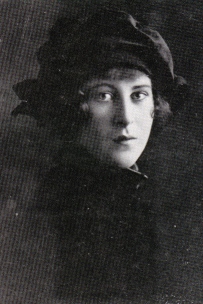 Whilst thinking about the Harris clan, does anyone know what happened to the numerous Pixie O'Harris murals in the former Children's Hospital in Camperdown when the hospital was converted to private residential apartments? They were delightful paintings of animals, much like the May Gibbs illustrations. I remember them from when my daughter was in the hospital a couple of times as a baby.

As a digression, Pixie O'Harris, the aunt of Rolf, was named Rhona Olive Harris but she hated the name. Dubbed the Welsh pixie on the boat to Australia, she adopted Pixie O. Harris as her name. Following a printer's error in the Sydney Morning Herald where her name was printed as Pixie O'Harris, she stayed with that thereafter. She was born in 1903 and died in 1991.

If anyone has any knowledge on those murals, I would be appreciative.

Since writing the above, I have learned that the murals have been preserved..


The original admissions building included painted murals throughout the building by artist ‘Pixie O’Harris’. These paintings have been preserved and converted into murals and positioned throughout the common areas of the residential building such as the foyer of the swimming pool area and ground floor main entry. 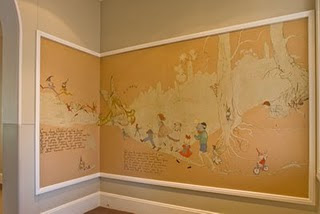