Music: He Hit Me (And It Felt Like a Kiss) / The Crystals 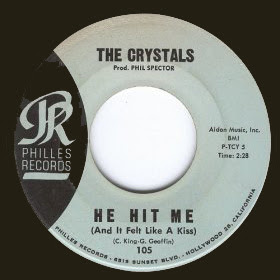 Sometimes choices made turn out to be real duds. Witness, for example, the comment by the Emperor Franz Josef to Mozart about The Marriage of Figaro: “Too many notes, Mozart, too many notes.” No one remembers what else he did, only that he told Mozart there were too many notes.
Sometimes the Streaker’s Defence applies. That defence comes from the words spoken by one of the first streakers to be prosecuted in Sydney, back in the 1960’s. On being asked by the Magistrate why he had done it, the young man mumbled that “It seemed like a good idea at the time.”
So it is with music: what seemed like a good idea at the time can turn out to be a real loser because events or attitudes change, or because it should have been thrown out at inception.
I mention this because in the early 1960’s there was a girl group known as the Crystals, who had hits with He’s a Rebel and Da Doo Ron Ron. Early in their career, after some initial limited success and before their later hits,  they recorded a clunker called He Hit Me (And It Felt Like a Kiss).

These days domestic violence is a real no no. Even back in 1962 it was frowned upon, although not to the extent that it is today. This was the dawning of the age of Aquarius and also of the age of feminism and women’ rights. Helen Reddy’s I Am Woman became the anthem for what was termed “Women’s Liberation”. He Hit Me (And It Felt Like a Kiss) went nowhere.
You can hear the Crystals singing the song at:
http://www.youtube.com/watch?v=f20Oz9Yr_So
The lyrics are:

Some trivia:
- The song was written by Carole King and Gerry Goffin. Yep, the same person who wrote I Feel the Earth Move wrote He Hit Me.
- Carole King had someone named Eva cleaning her house. King wrote Locomoton for her and, as Little Eva, she had a worldwide hit with it. King became aware that Eva’s boyfriend regularly beat her up and enquired why she put up with it. Eva told her that it symbolised how much he loved her and that it felt like a kiss when she was hit because it showed how much he cared. King and Goffin then used it in the song they wrote (King did the music).
- Courtney Love and her band Hole did a cover of the song.
- Amy Winehouse has cited this song as one of her inspirations in writing the album Back to Black. She has also said that it is one of her all time favourites.
- There have been arguments that the song was intended as a protest against abusive relationships but if that is the case then the message was too subtle and failed to get across. Even in its own day it was refused airplay by some radio stations.
- It is also reported that the Crystals did not care or the song.
- Phil Spector, who managed the Crystals and who produced He Hit  Me, was convicted in 2009 of the 2003 murder by shooting of his girlfriend. He is currently serving 19 years to life and will be eligible for parole when he is 88 years old. There is no report as to whether his shooting Lana Clarkson felt like a kiss for her but he did say just after the shooting that she had shot herself and that she had “kissed the gun” before pulling the trigger. 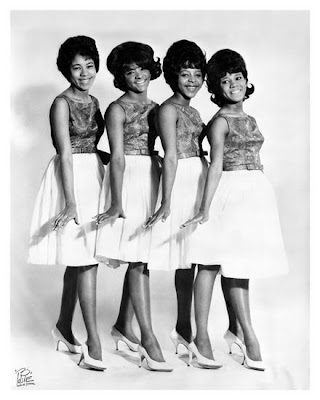 Email ThisBlogThis!Share to TwitterShare to FacebookShare to Pinterest
Labels: Music, The Crystals