Poetry: Not Waving But Drowning 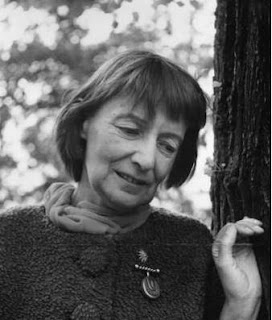 Not Waving But Drowning

Nobody heard him, the dead man,
But still he lay moaning:
I was much farther out than you thought
And not waving but drowning.
Poor chap, he always loved larking
And now he's dead
It must have been too cold for him his heart gave way,
They said.
Oh, no no no, it was too cold always
(Still the dead one lay moaning)
I was much too far out all my life
And not waving but drowning.
Florence Margaret “Stevie” Smith (1902-1971)

"Not Waving But Drowning" is a poem about unheard cries for help. The speaker feels that her attempts to call attention to her unhappiness are overlooked as mere "larking." All her life, she was "much farther out" than her friends thought, "And not waving but drowning." The speaker wanted help, but her efforts were disregarded as jokes. The old man for whom it was too cold and "his heart gave way" probably died from loneliness. The speaker's statement that "it was too cold always" show that she feels chronic despair.

As a matter of interest, Stevie Smith suffered from depression for most of her life, endured a nervous breakdown and died of a brain tumour.
Posted by BytesMaster at 5:46 AM

Email ThisBlogThis!Share to TwitterShare to FacebookShare to Pinterest
Labels: F Smith, Not waving But Drowining, Poetry