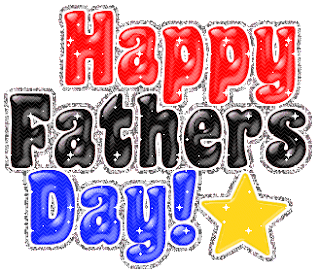 Burnt chop syndrome:
The name given to the tendency of mothers to put themselves last and to sacrifice themselves for their families.  Thus a mother will take the burnt chop and let the children and husband have the unburnt ones.
I don’t know whether there is a male equivalent to the Burnt Chop Syndrome.  BSC is probably a generic term that should also be applied to fathers but most definitions and discussions are in the context of the BCS applying to mothers.
Remember the episode of The Simpsons where Homer causes his father’s kidneys to explode by denying him a convenience stop during an extended car journey becuase Homer wants to get home to watch something on TV?  Homer agrees to donate one of his kidneys to his father to save his life but just before the surgery he chickens out and runs away.  He ends up aboard “The Ship of Lost Souls”, a collection of people who have all done bad things.  When they hear what Homer did, they throw him overboard.
That wouldn’t happen in real life, would it, a man refusing a kidney to his father to save his father’s life? Perhaps not, but the reverse, a man refusing to give a kidney to save his son’s life, has.
Meet Byron Keith Perkins . . .
Perkins, 37, was a career criminal who was awaiting sentencing on armed robbery and drug trafficking charges.
Perkins’ 16 year old son, Destin, needed a kidney transplant.  He had already had one transplant, his mother Angie having donated one of her kidneys, but Destin’s body rejected it.  Byron offered to help and to donate one of his.  Promising to undergo compatibility tests at Kosair Children;s Hospital, he was granted bail and released.  Instead, he hopped a flight to Mexico with gf Lea Anne Howard, who is also a fugitive, having attempted to recruit someone for  a hit on her husband, who unfortunately  for her turned out to be an undercover cop.
"I couldn't believe he had did that” commented Destin not unsurprisingly, when asked about his father’s flight. “Do the smart thing and turn yourself in” advised Destin to his father, whereabouts unknown.
In another interview, with CNN, Destin said “My early childhood he was in jail all the time, I knew him, but he really wasn't there I don't know how he could lay his head down at night, knowing he ran away and left me up here to die.” 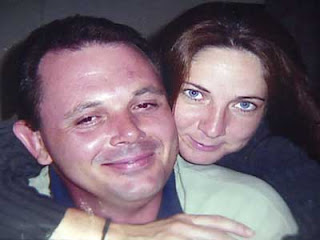 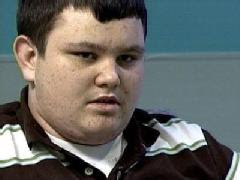 Some further quick comments on that story:
·         Dad become labelled in the media as “the most hated man in America” and “the world’s worst father”.
·       Dad didn’t turn himself in and remained on the run for 15 months,
·       He was, however, arrested in Mexico in 2007 and was extradited.
·       On being asked why he had left his son to face death, he answered that he didn’t think that he was going to be a match for a transplant.
·       When asked by a reporter at the arrest whether he had anything to say to his son, Perkins looked into the camera and said ‘I love you.”
·       As a result of the publicity, Destin had offers of kidney donations, received a kidney from another relative and has been doing well since.
·       In 2009 Perkins was sentenced to 42 years imprisonment on the firearms and trafficking charges.  Under federal law there is no parole and he will have to serve the entire time.
·       Destin, now in his early twenties and married, sent a letter to the court before the sentencing asking for leniency for his father.

The Dishonourable Fathers’ list:
·       Darth Vader, for cutting off his son’s arm with a light sabre.
·       Michael Jackson, for dangling his son over the railing on a third story balcony and for naming a kid Blanket
·       Lot, for sleeping with his two daughters and getting them pregnant (although they got him drunk and engineered it)
·       Woody Allen, for having it off with adopted daughter Soon Yi whilst still married to adopter mum Mia Farrow.
·       Bing Crosby, for being an abusive father, according to lone son Gary, his 2 brothers having killed themselves by shots to the head as a result of the abuse.
·       Marvin Gaye Snr, for shooting Marvin Gaye Jnr to death.  No more dancing on the ceiling or hearing it through the grapevine for Marvin Jnr.
·       Joseph Fritzl, for locking up his daughter in a basement prison for 24 years, having 7 kids with her and keeping some of the kids prisoner in the basement as well,
·       King Laius, for throwing out Oedipus as a bub, thereby setting in motion events whereby Oedipus would later (unknowingly) kill Laius, marry his own mother and have a couple of kids with her.

Posted by BytesMaster at 2:15 PM