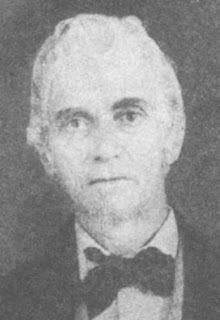 Samuel Augustus Maverick (1802-1870) was a Texas lawyer, politician, land baron and signer of the 1836  Texas Declaration of Independence. He was sent as a delegate from the Alamo to the Texas independence convention in San Antonio, the battle of the Alamo taking place whilst he was at the convention.  He was also the contributor of a new word to the English language – “maverick” – first cited in 1867.
In later years he practised as a lawyer and as a rancher.  Those who like watching western movies will be familiar with the original style of ranching:  open range.  The movies often depict the hostilities which develop when someone tries to fence their land, especially with barbed wire.
Because of open range ranching , it was necessary for ranchers to brand their cattle for identification of ownership.  Samuel steadfastly refused to do so, thereby resulting in the word maverick entering the English language, meaning both an unbranded range animal as well as a slang term for someone who exhibits a streak of stubborn independence.
Maverick stated that he refused to brand because he did not wish to inflict pain on any animal; others said it was just laziness.  The real explanation is probably more mercenary.  Elsewhere ranchers who came across unbranded cattle simply put their own brands on them and claimed them as their own.
Not so with Sam Maverick, who was no ordinary citizen.  Sam was a well known lawyer, the influential Mayor of San Antonio, a member of the Texas legislature, and the holder of 385,000 acres.
Sam claimed that if all other ranchers branded their cattle and didn’t, all the unbranded cattle were his.  He therefore claimed ownership of all unbranded cattle.  This led to any unbranded cattle becoming known as Maverick’s.
Some writers and etymologists have pointed out that Maverick had little in the way of stock and that laziness and lack of ranching interest are the proper explanations.
Nonetheless, whatever the origin, by 1867 the word was in use to denote unbranded cattle, as indicated by the first use of the word in print in that sense:
"The term maverick which was formerly applied to unbranded yearlings is now applied to every calf which can be separated from the mother cow--the consequence is, the fastest brander are accumulating the largest stocks."
In 1886 a San Francisco publication called the California Maverick defined it:
"He holds maverick views" means "his views were untainted by partisanship."
A Massachusetts politician declared in 1905, "I am running as a maverick; I have no man's brand upon me."
In passing, who is old enough to remember this: 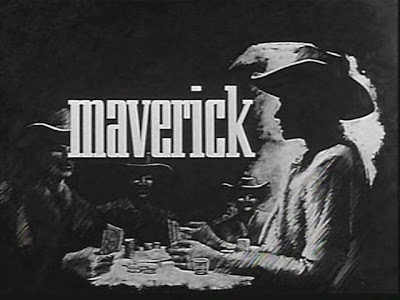 Posted by BytesMaster at 5:46 AM