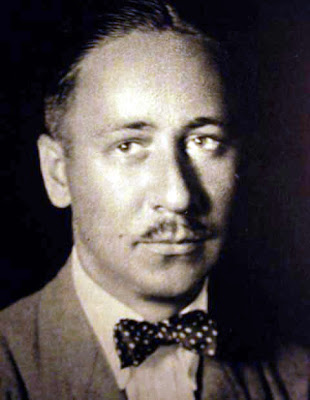 “Hebrews 13:8.”
-  Theatre review by Robert Benchley
Robert Benchley (1889-1945) was a writer, columnist, essayist and the theatre critic for The New Yorker magazine.  For a time Benchley shared an office with Dorothy Parker.  Their daily lunches at the Algonquin Hotel attracted other writers and wits, eventually becoming known as the Algonquin Round Table.
Benchley’s  1920's review of the long running Broadway show Abie’s Irish Rose, which he hated, consisted solely of the above Bible verse.  Those readers who consulted a Bible to look up the verse discovered that it read:
“Jesus Christ, the same yesterday, and today, and forever.”

Posted by BytesMaster at 5:53 AM