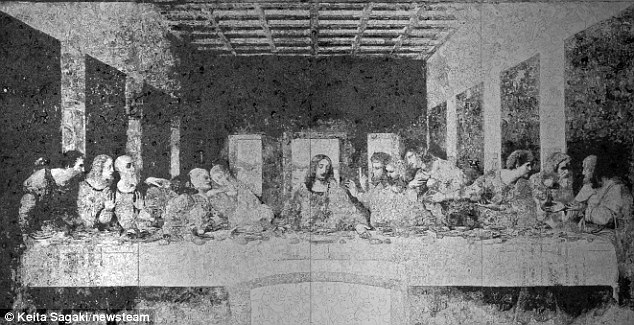 I have previously written about the origin of the term “doodle”, that it was invented for the film Mr Deeds Goes to Town, that it describes the casual simple drawing of objects and shapes, and its connection with Yankee Doodle:
http://bytesdaily.blogspot.com.au/2012/08/doodles.html

According to the artist:

It was only when I was around 20 years old that I became interested in art. However, I have liked comics since I was a child - I've probably been drawing comic book pictures since I was seven. I loved to draw cartoons and graffiti from a young age, and I get inspiration from rock music or sometimes even novels.

Check out some of his works, starting with one of the more controversial, a detail from the Last Supper.  The closeup of the face of Jesus shows a doodle of a naked woman (the more you move back from the screen, the more the picture as a whole comes into focus): 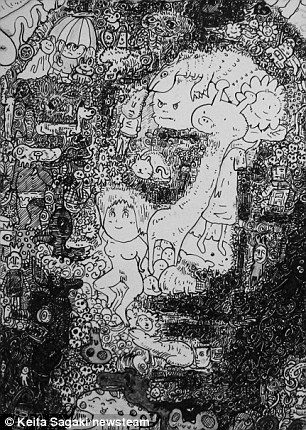 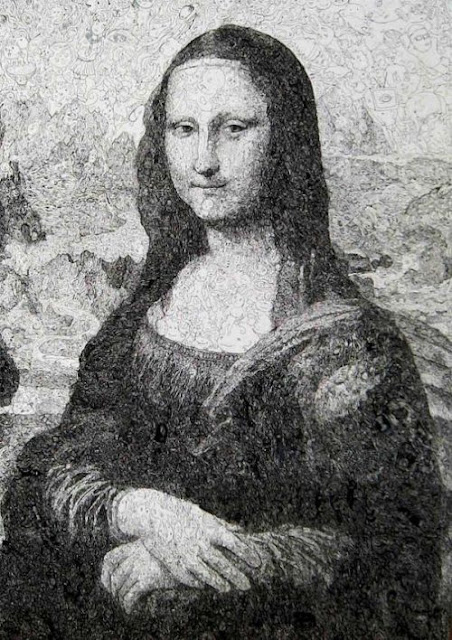 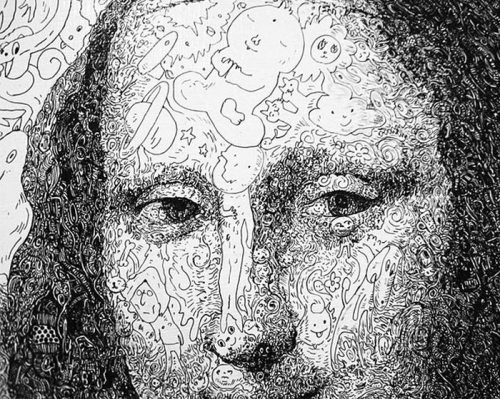 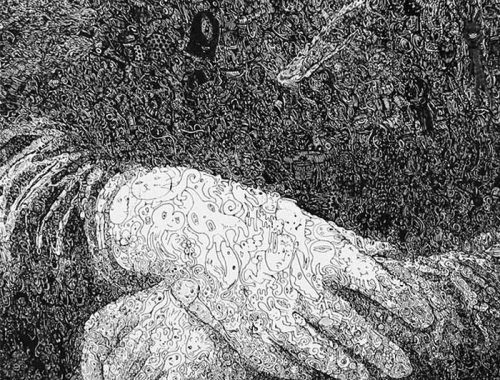 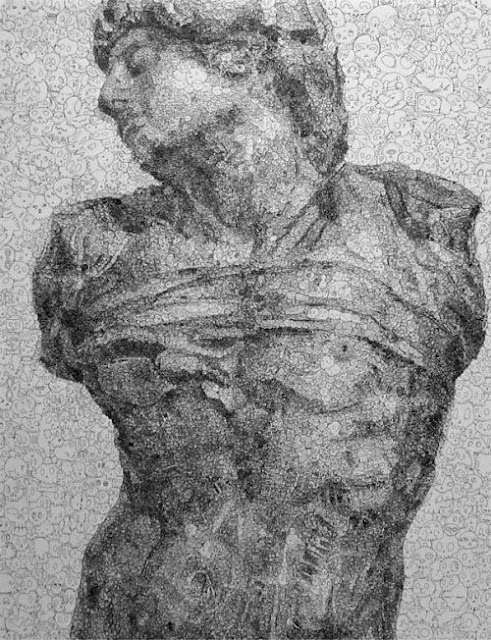 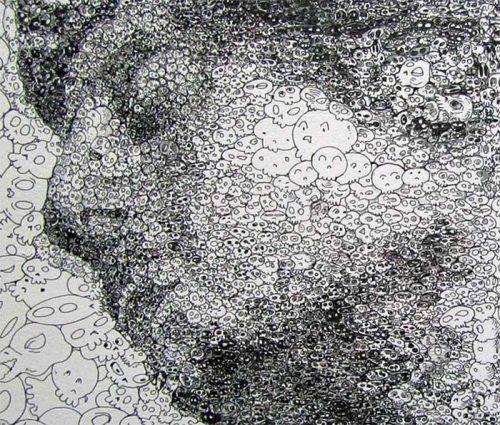 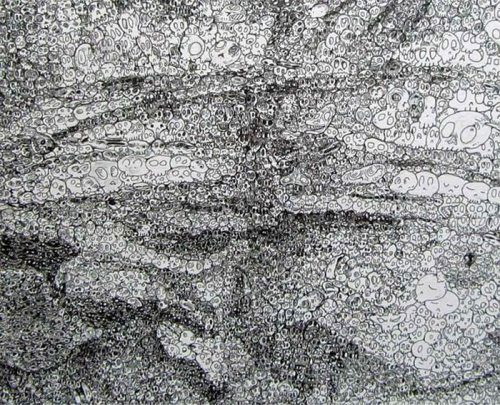 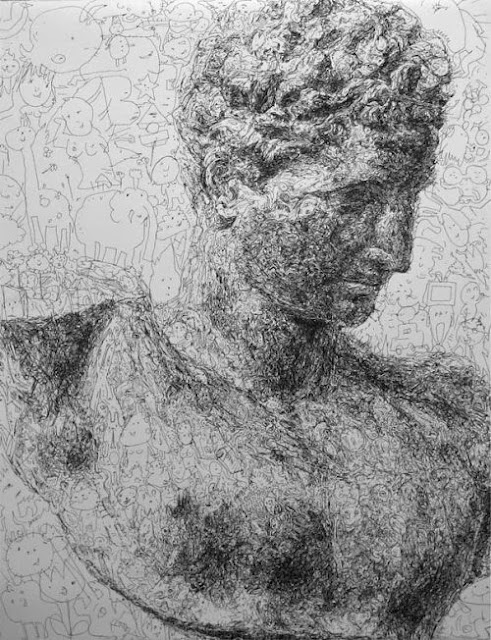 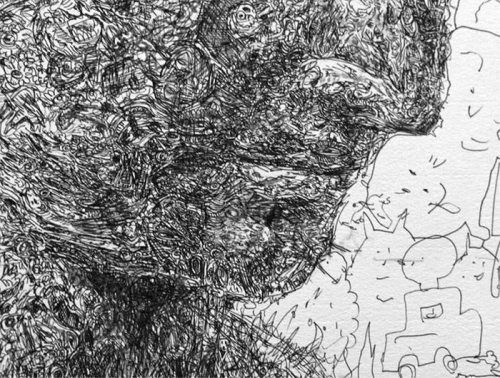 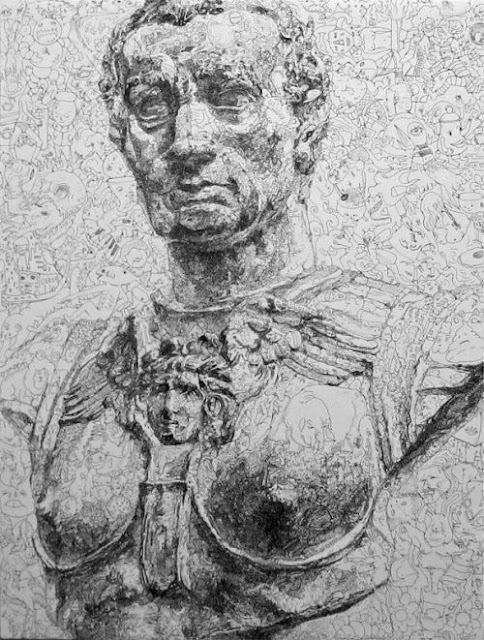 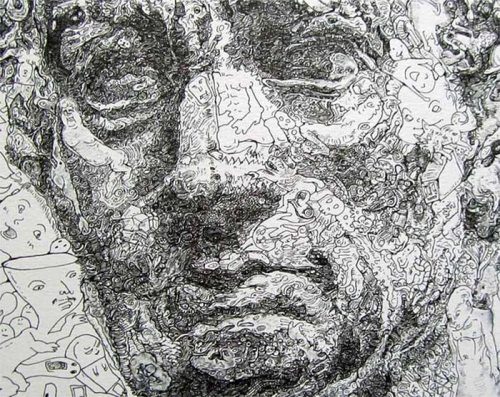 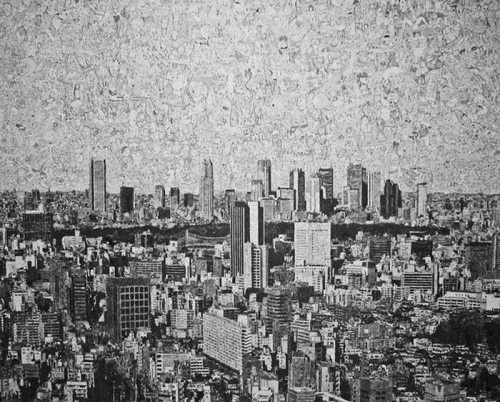 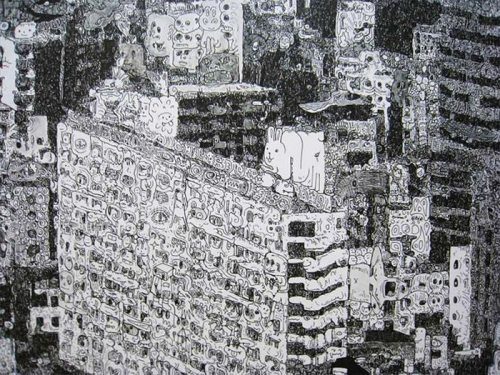 Posted by BytesMaster at 1:00 AM