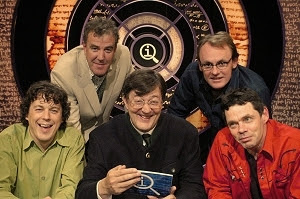 Whilst watching QI a couple of nights ago, the question was asked by host Stephen Fry: “Which human being in history has done the most damage to the environment?”

For those not aware, QI stands for “Quite Interesting” and, according to its website, it is a comedy panel quiz that is “about finding undiscovered connections and seeing hidden patterns”. In the process it reveals little known facts, shatters myths and has some quite funny moments. It is never dull.

A clip of the QI segment dealing with the question posed at the beginning can be seen by clicking on the following link:
http://www.youtube.com/watch?v=gZAnnvSOEmw

There were various guesses and answers by the panellists, including George Bush, Henry Ford and Rudolf Diesel. All wrong. The correct answer is Thomas Midgley (1899-1944), a man described by environmental historian J R McNeill as having "had more impact on the atmosphere than any other single organism in Earth's history." 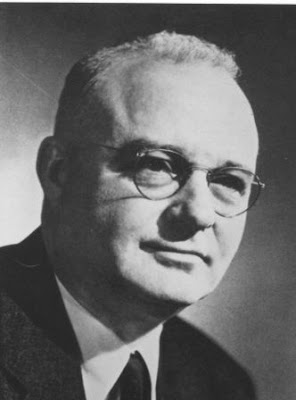 Born in Beaver Falls, Pennsylvania inn 1899 to a father who wan inventor, Midgley also became an inventor, one who has been little known but whose effect has been profound and widespread. Having graduated from Cornell University in 1911 with a degree in mechanical engineering, he started working with General Motors in 1916.

In 1921 Midgley began experimenting with additives to petrol to make car internal combustion engines run smoother after he discovered that iodine added to kerosene reduced “knocking” in cars. ("Knock" was an audible pinging sound in engines when they were driven near their maximum load capacity, becoming worse at high engine-compression ratios. It could destroy an engine if it continued long enough). Midgley didn’t just want to reduce knocking, he wanted to eliminate it altogether so he worked his way through the periodic table until he discovered the additive that worked: lead. General Motors, the joint holder of the patent, oil companies and other car manufacturers strongly promoted the new leaded petrol, there was much more profit in lead as an additive than ethanol. As a further promotional and marketing device, they did not call the additive lead. Instead, to disguise the toxic effect, it was called “Ethyl”. Midgley received awards for his anti-knock compounds in motor fuels. 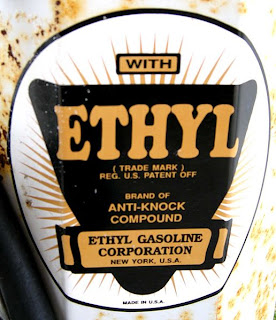 Notwithstanding that workers were dying from lead poisoning in the plants manufacturing leaded petrol, production continued unabated.

Midgley himself developed lead poisoning, writing in January 1923: "After about a year's work in organic lead, I find that my lungs have been affected and that it is necessary to drop all work and get a large supply of fresh air." He then convalesced in Miami, Florida.

That did not stop him continuing to promote the benefits, and safety, of leaded petrol. In October 1924 he took part in such a press conference, poured the Ethyl product over his hands and breathed in the vapour for 60 seconds, declaring that it was safe to do so every day. A few months later he sought treatment in Europe for lead poisoning from that demonstration.

When the effects of lead as a pollutant became known - brain and blood disorders and, in children, antisocial behaviour and lowered IQ – the use of lead in petrol was phased out (from the late 1970’s) and banned.

Having dealt with cars and petrol, Midgley turned his attention to refrigerators in the late 1920’s. At that the fridges used flammable, toxic and explosive gases such as sulfur dioxide, methyl chloride, and ammonia to keep things cool. Being flammable, they would sometimes catch fire. This would cause the fridge to explode and risk damage and destruction to the homes of the owners, who were for the most part the wealthy, the main persons able to afford refrigerators. Midgley searched for an alternative gas that would not catch fire and eventually found one, naming it “Freon”. This discovery also enabled the mass marketing of refrigerators. Freon was the world’s first chlorofluorocarbon, or CFC, and Freon and other CFCs soon replaced the various toxic or explosive substances previously used as refrigerants in the 1930’s. They were later also used in other applications, such as propellants in aerosol spray cans and in asthma inhalers. Midgley received further awards.

Unfortunately for the environment CFC’s had the effect of depleting the ozone layer, reducing humanity's protection from skin cancers and eye damage caused by ultraviolet radiation, causing mutations in human DNA and weakening of the immune system. CFC’s have been increasingly restricted and phased out from the late 1970’s.

Midgley did not live to see his two greatest inventions – leaded petrol and CFC refrigerants – come to be regarded as some of the greatest environmental disasters ever.

He died as he lived, from an invention that seemed like a good idea going wrong and proving disastrous. He had invented leaded petrol at age 33 and CFC refrigerant at 40. At 51 he developed polio and became increasingly homebound. He designed a series of pulley mechanisms which were installed in his house, allowing him to get from his bed to the bathroom without assistance. At age 55 he became entangled in the ropes of the device and died from strangulation.

At an address one month before his death he had recited his own poem:

“When I feel old age approaching,
and it isn’t any sport,
and my nerves are growing rotten,
and my breath is growing short,
and my eyes are growing dimmer,
and my hair is turning white,
and I lack the old ambitions
when I wander out at night,
though many men my senior
may remain when I’m gone,
I have no regrets to offer
just because I’m passing on,
let this epitaph be graven
on my tomb in simple style,
this one did a lot of living
in a mighty little while.”

Given what he achieved in his 55 years, he must be regarded as the greatest personal contributor to health and environmental damage, although his intentions had always been to improve human life.

Posted by BytesMaster at 3:03 AM