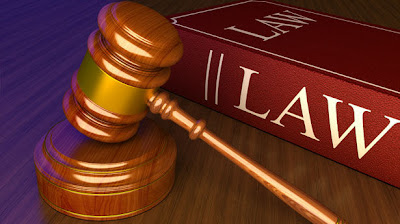 In 1979 defendants Arno and Steer appealed to the California Court of Appeals their conviction on charges of possession of obscene films with intent to distribute. The evidence against them consisted of surveillance observations through their office windows by police using 10x binoculars. The majority decision by Justices Thompson and Lillie was that the evidence should be suppressed as having been illegally obtained, that observations of defendants by police officers made through binoculars without a search warrant violated defendants' reasonable expectation of privacy.

Justice Hanson was of a different opinion. He stated that the majority opinion was unclear, contained contradictory statements and departed from precedent. He declared that the majority were seeking to make new law by introducing a new formula for the use of binoculars by police officers. “In my opinion the new formula advanced is unwise and not in the best interest of sound public policy in that it unduly restricts law enforcement officers' use of a vital tool (binoculars) in their war against the expanding organised crime and vice problem.”

These comments criticising the majority judgment did not go down well with the majority. They added a footnote to the case as follows:

We feel compelled by the nature of the attack in the dissenting opinion to spell out a response:

1. Some answer is required to the dissent's charge.

2. Certainly we do not endorse "victimless crime."

3. How that question is involved escapes us.

4. Moreover, the constitutional issue is significant.

5. Ultimately it must be addressed in light of precedent.

6. Certainly the course of precedent is clear.

The key to the footnote is to read the initial letters of the 7 points, which spells out the word SCHMUCK.

Justice Hanson responded to that comment in his own footnote:

I have heretofore eschewed responding to footnote 2 of the majority opinion in kind since it would be beneath the dignity of this office. Although I still will not respond in kind, with the filing of a modification to footnote 2 on March 20, 1979, some comment is compelled.

I decry the lack of propriety, collegiality and judicial temperament displayed in footnote 2. I abhor the loss of public respect for the legal profession and the judiciary footnote 2 has engendered by reason of the report in the Los Angeles Times on March 13, 1979 (circulation 1,034,329). One certainly cannot fault the Los Angeles Times for using an English dictionary (Webster's) since California published opinions for over 125 years have been written in English and our jurisdiction obviously does not extend seven thousand miles to the Rhine in Germany.

Posted by BytesMaster at 3:16 AM