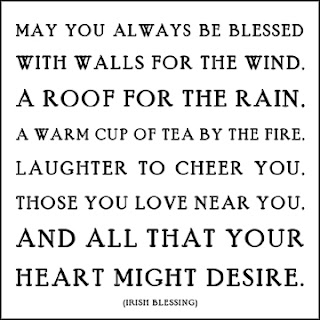 On this last day of the year 2012, I extend to you, the readers of this blog, and to those close to you, the above blessing and best wishes.

Here is a selection of New Year postcards and items from 100 years ago... 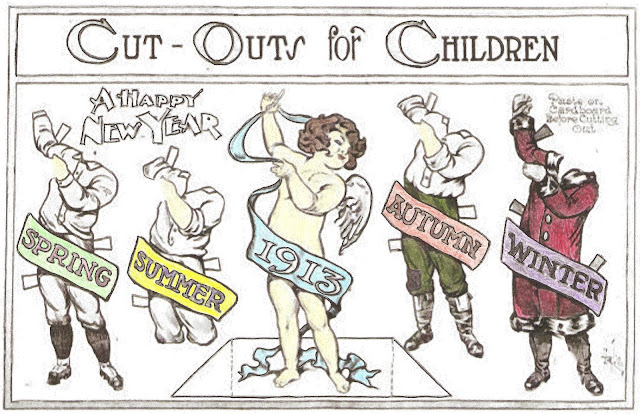 Happy New Year for 1913 from the Cut-outs For Children newspaper paper doll series. This paper doll appeared in newspapers on December 29, 1912. 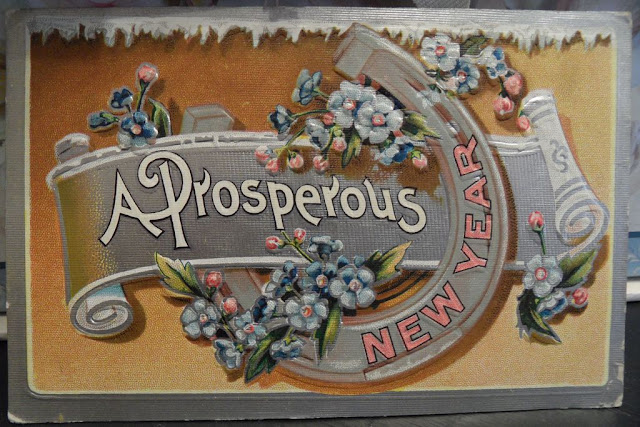 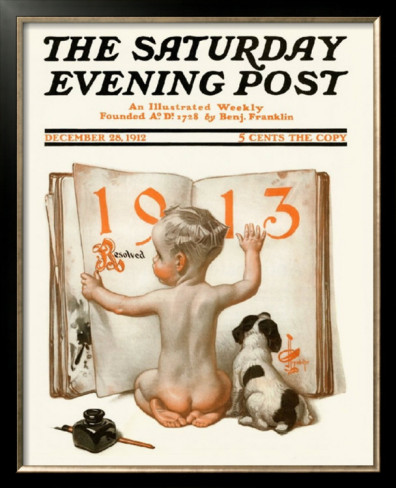 Cover of the Saturday Evening Post on 28 December 2012. The Saturday Evening Post is a US magazine that published weekly under that name from 1897 to 1969, then quarterly, then bimonthly from 1971.
It is interesting to note how many new year illustrations feature naked toddlers and young children, images that would be considered inappropriate today. They are posted here as illustrative of changes in community attitudes, concerns and perceptions.
(Why does the toddler look like it is covered in coal dust?) 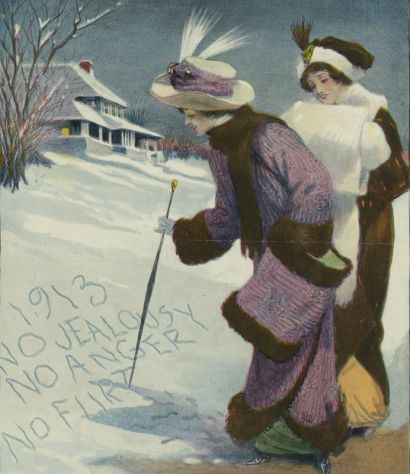 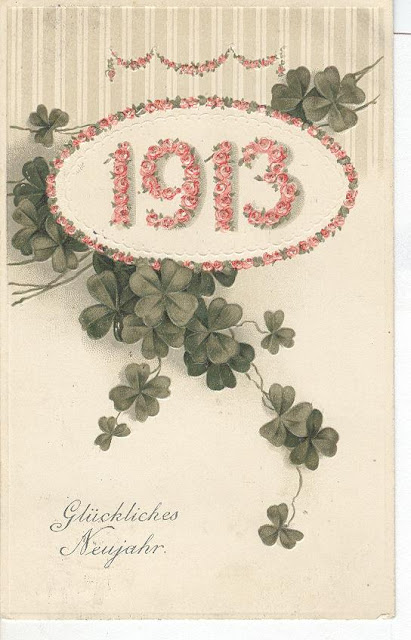 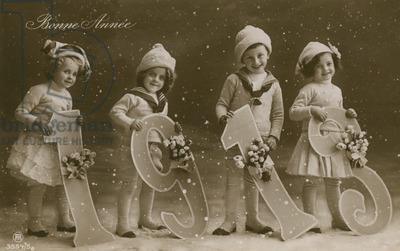 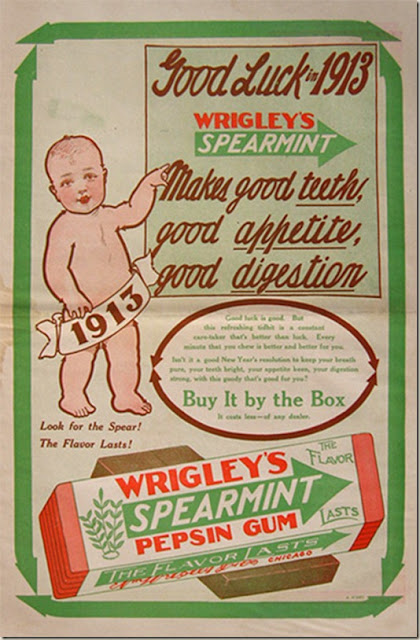 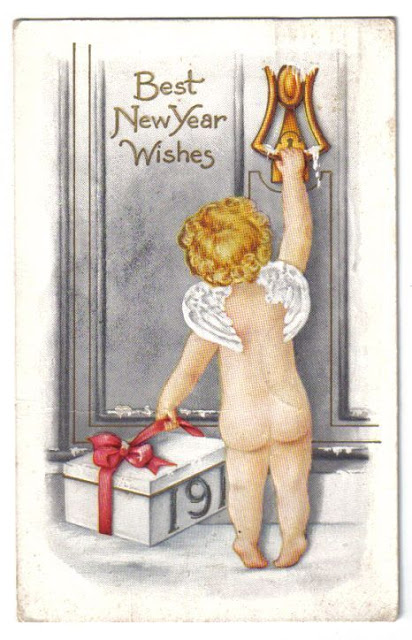 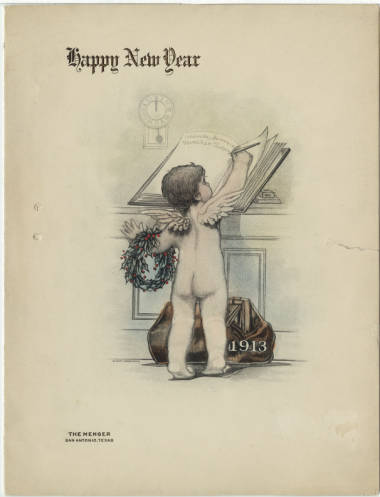 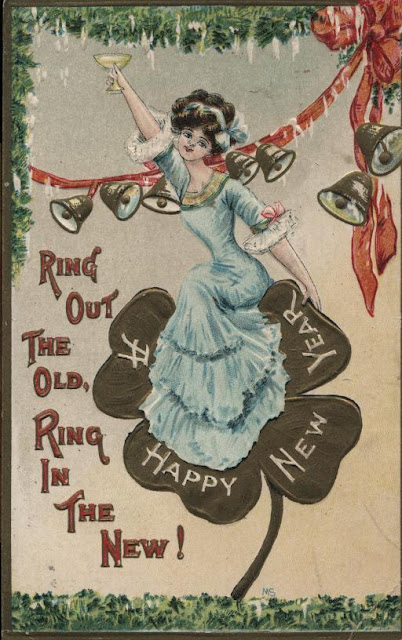 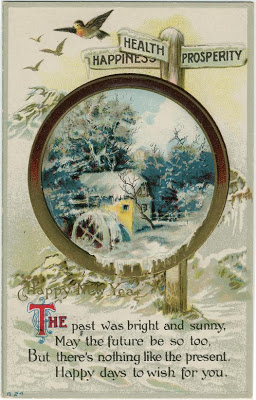 Another 1913 postcard.
One commentator mentioned that the card seemed to suggest that health, happiness and prosperity were all in different locations and directions. Someone else responded that it would be fine as long as a person stood at the location of the sign, where they intersected. 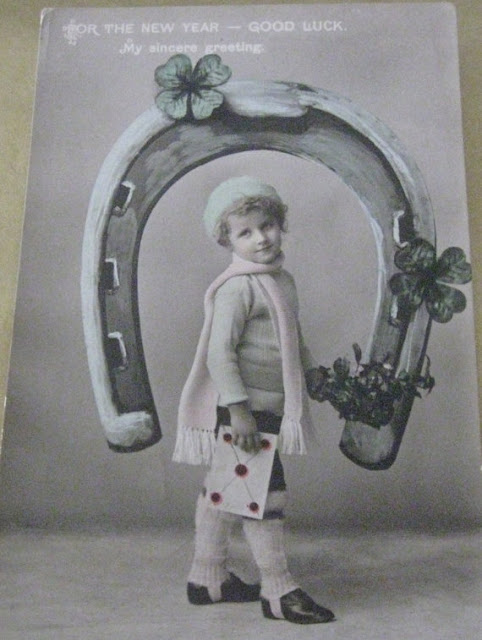 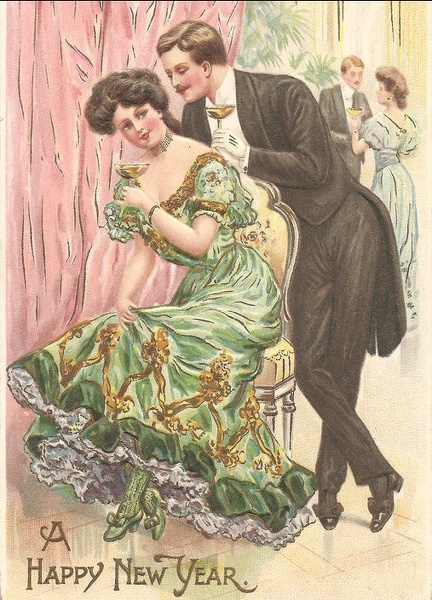 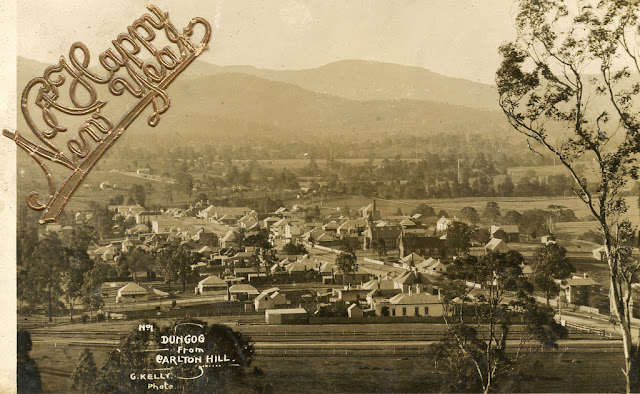 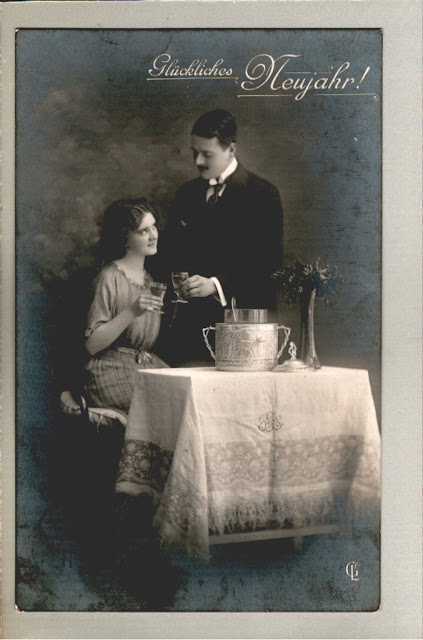 Another 1913 German New Year postcard.
Does anyone else find these a bit creepy and predatory? 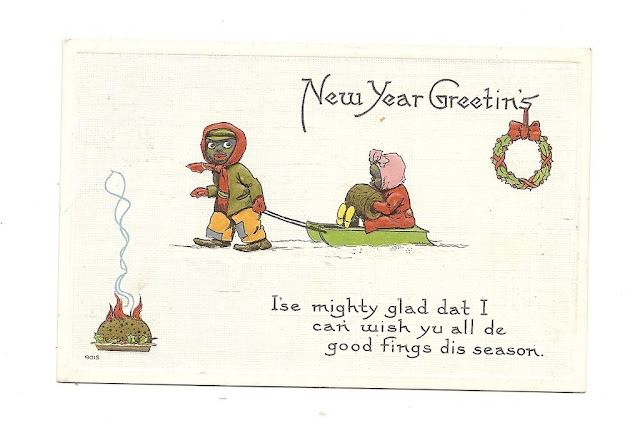 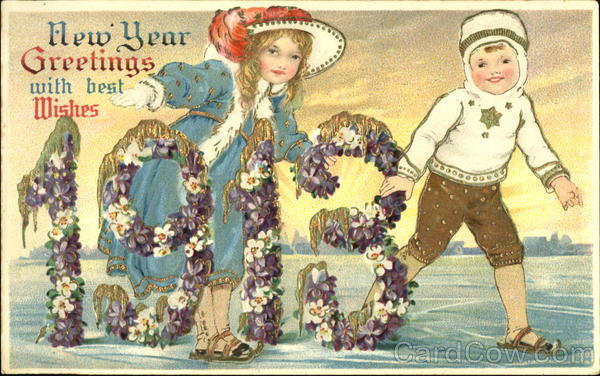 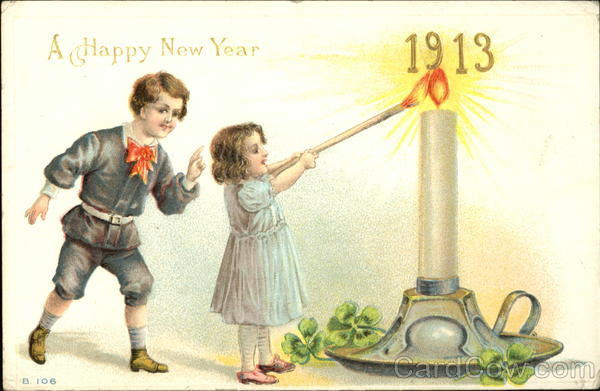 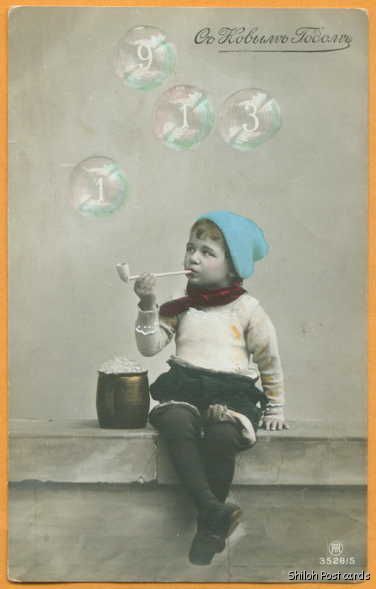 A selection of some more 1913 New Year postcards. 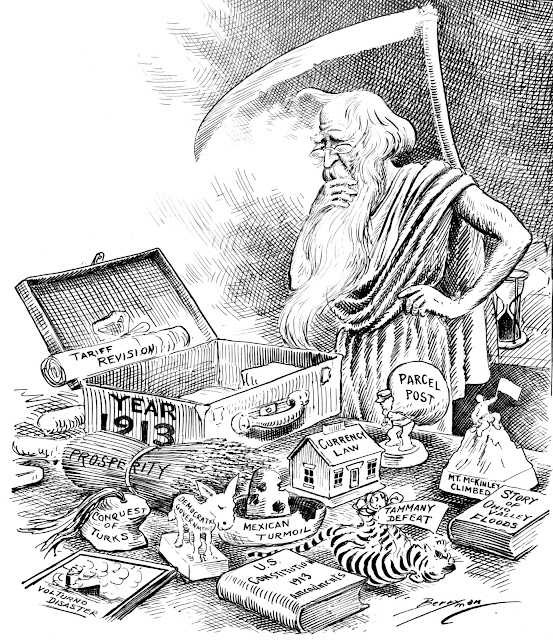 Clifford Berryman cartoon from New Year’s Eve in 1913 called A Packing Problem. In it Berryman depicts Father Time having a hard time fitting into the suitcase labelled 1913 all of the year’s major issues, including the debates over the Parcel Post, Currency Law, Tariff Revision, various constitutional amendments, the Mexican revolution, and events such as the first ascent of Mount McKinley, the Democratic take-over of Congress and the presidency, the floods in the Ohio Valley, the sinking of the SS Volturno in the North Atlantic, and the defeat of Tammany Hall.

What would be spread on the table today? – terrorist threats; boat people; wars in Afghanistan and Iraq; poverty; financial crises and bailouts; pollution; outsourcing and offshore production; the increasing military and economic power of China; cyber bullying and loss of privacy; racial and religious conflict; aging populations?

"In spite of everything, I still believe that people are really good at heart. I simply can't build up my hopes on a foundation consisting of confusion, misery and death."