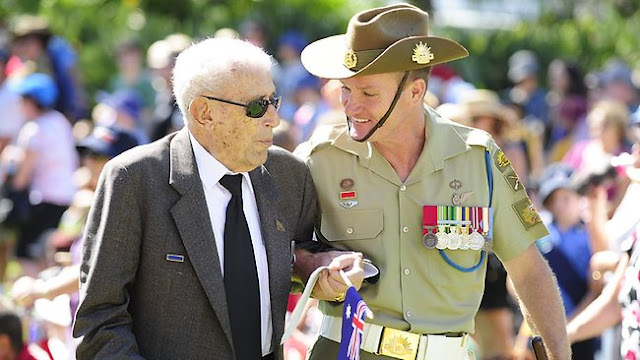 Further to my post about Anzac Day, I would appreciate some feedback on a gripe that I have. Googling didn’t reveal any discussions on this particular issue.

Before looking at my gripe, some background for the benefit of overseas readers.

It is Australia’s most solemn and sacred secular day and is honoured as such. There are various traditions associated with observance of Anzac Day:

Some pics illustrative of the above: 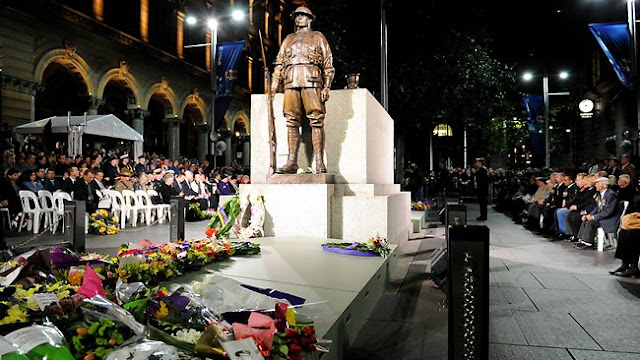 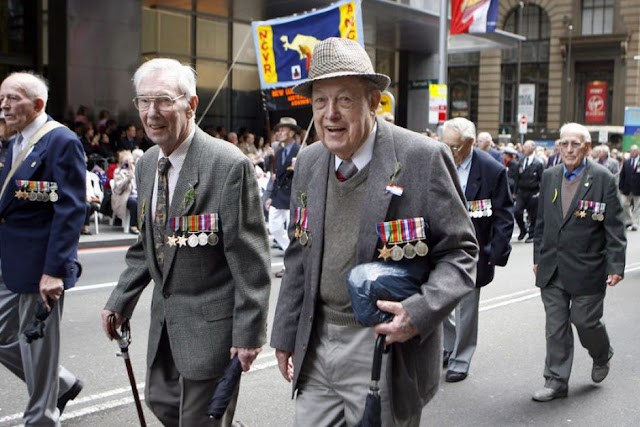 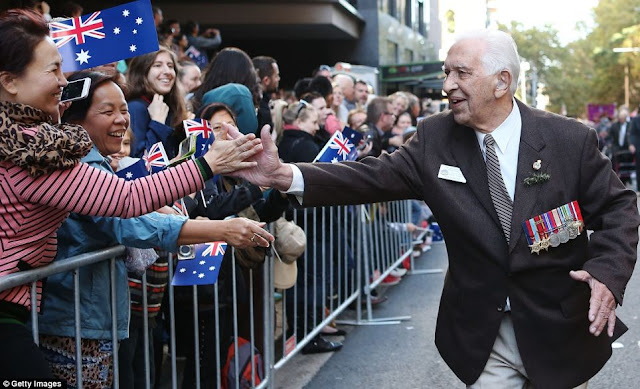 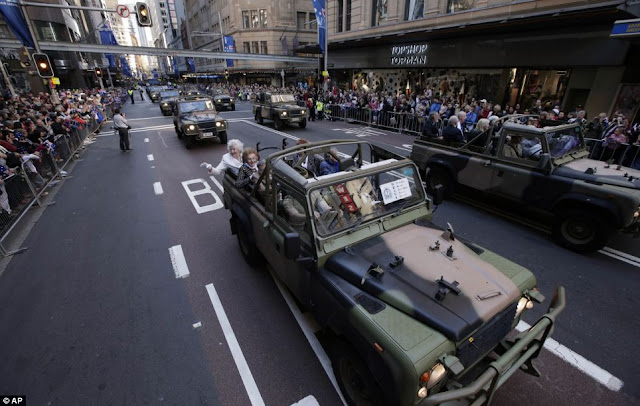 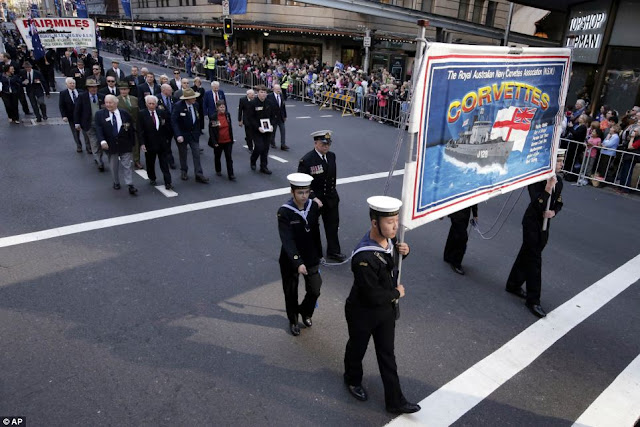 I have attended Anzac Day marches from when I was a young cadet in the St John Ambulance Brigade, a Zambuk on the sidelines to render first aid when needed. Over the years thereafter I continued attending to give the diggers, nurses etc a round of applause. It was only about 10 years ago that I ceased attending in person and began watching on TV.

In the last few years it has become increasingly common for young people to march wearing a relative’s medals and honours. Admittedly most wear the medals on the right side of their chest, as is the custom for those who have not been awarded the medals. The actual recipients wear theirs on the left side (the origin has been attributed both to the left side being over the heart and to keeping the right side free for a sash supporting a sword).

Young people – adolescents, teenagers and young adults - marching in the official marches has become so common that there is hardly any group that doesn’t have ring ins alongside the adults. Kids as young as 7 and 8 can be seen marching, carrying photographs, some waving to the crowd. Oftentimes they are teenagers, some walking in a dignified manner and some slovenly. Some have taken the trouble to dress respectably, some look as though they got dressed in the dark.

Call me a grumpy old bastard if you want to but, to me, these ring ins have no place in the march.

They are probably all very nice people and they are all probably genuine in wishing to honour their forebears by wearing their medals. I have no problem with that. But not to march.

Some pics that illustrate what I am referring to: 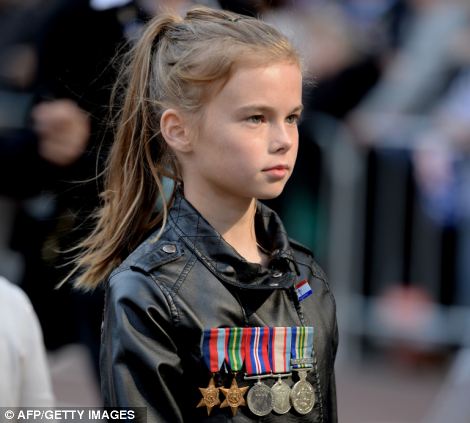 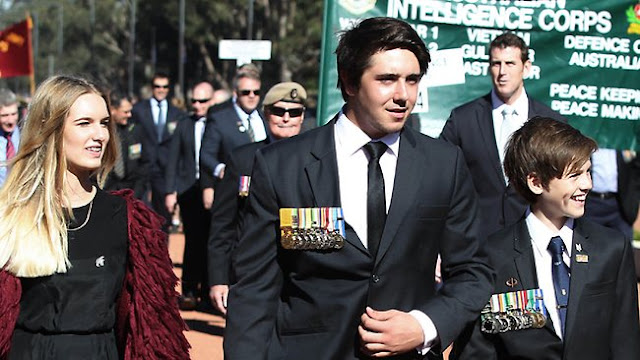 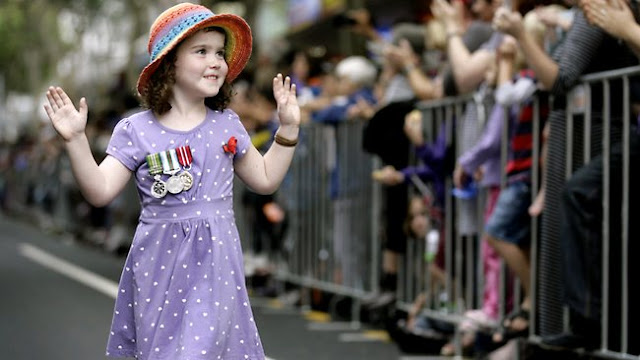 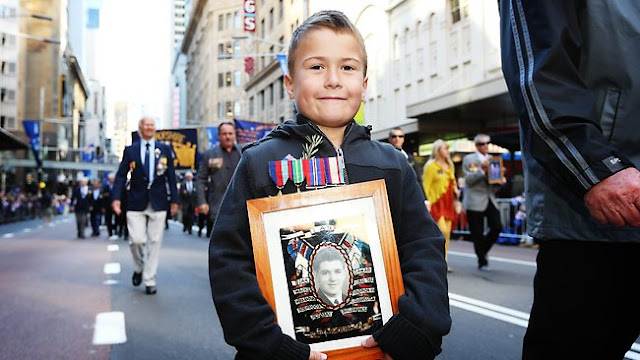 The caption for the last pic above said that the child was marching for his great grandfather, whose picture he carried. He has probably never met the man.

What particularly annoyed me last week was that during the TV broadcast of the march, the camera focused on a young boy aged about 12 or 13, with a Mohawk style haircut, black jeans and black shirt, sunglasses and a disinterested expression, waving at the crowd as he passed. He was also chewing gum.  His body language and expression suggested that he accepted that the applause he was acknowledging was for him, rather than for the people around him who had actually earned the medals.

My wife stated that he was probably marching to honour one of his relatives. In my view, that makes no difference.

It pissed me off enough that I didn’t watch any more.  I doubt that I will watch it again. 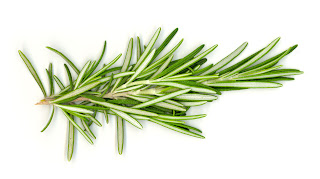