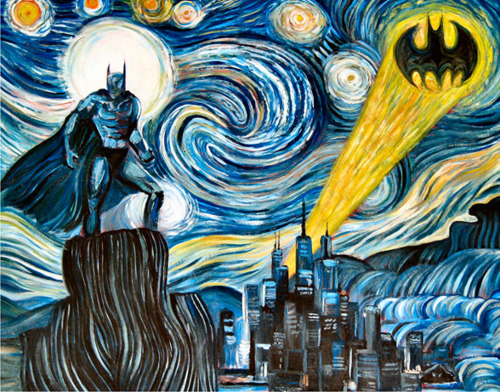 My son Thomas sent me the above pic by mobile phone.

It started me thinking about other depictions and applications of Van Gogh’s famous painting Starry Night. This is the original, painted in 1889, which depicts the view outside his sanitarium room window at Saint-Remy-de-Provence at night, although it was painted from memory during the day: 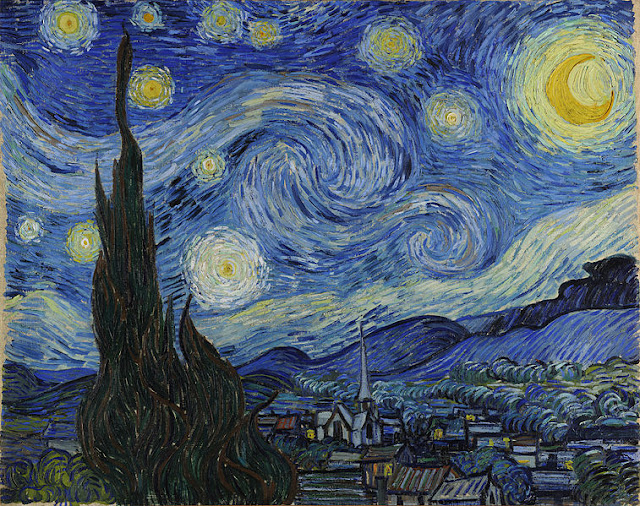 The Dutch title of the work is De Sterrenacht, meaning The Starry Night and although it has become one of his most famous works, it was not highly regarded by Van Gogh himself. He wrote to his brother Theo in respect of the bundle of paintings sent by him which included Starry Night:

“In all this batch I think nothing at all good save the field of wheat, the mountain, the orchard, the olives with the blue hills and the portrait and the entrance to the Quarry, and the rest says nothing to me, because it lacks individual intention and feeling in the lines.”

Melanie Lee’s analysis of the work can be read at
http://www.vggallery.com/visitors/002.htm

"The fact that he had painted this from his mental image may have contributed to this piece having such a strong sense of great mental dislocation and emotional intensity. One almost feels as if he was hardly able to contain his feelings and that all his angst and passion seem to have spilled onto this piece. The moon and stars seem so huge that we feel that the sky is about to fall in on us. The cypress bush, a usually inconspicuous and solemn funeral plant seems almost sinister as it confronts us right smack in front of the picture. It's as if Van Gogh was creating his own kind of reality and chose to emphasise objects he felt were important to him even though this resulted in perspectives being distorted.

The painting seems to be seething with life as the fluid brushstrokes give the impression of movement. In particular, it's the night sky that seems to be the life force of this piece with its bursting dynamism. It seems as if galaxies are in motion and that the stars would plunge into the sleepy town at any moment. The stars and the sky seem to possess such great emotional intensity with its variety of strokes and colours all merging together to form a spiral-like mist in the centre."

Here are same variations, parodies and applications of Starry Night:

I have previously posted an item about a hardware store owner who made a mural of the work using doorknobs and door plates: 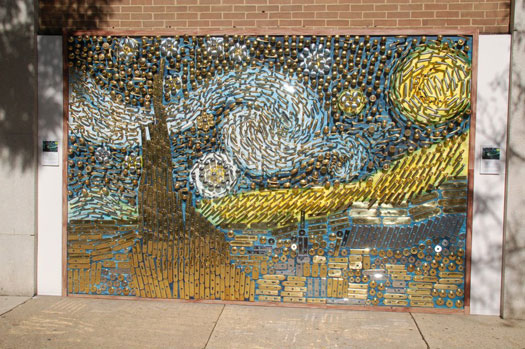 That item can be read at:
http://bytesdaily.blogspot.com.au/2013/01/starry-doorknobs.html 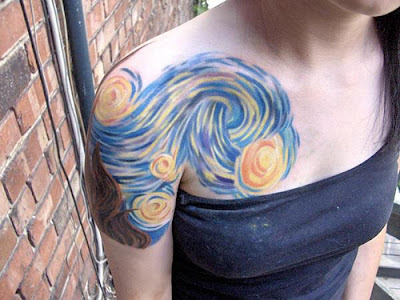 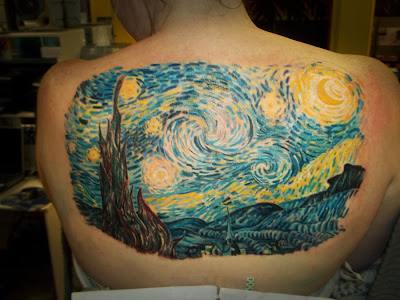 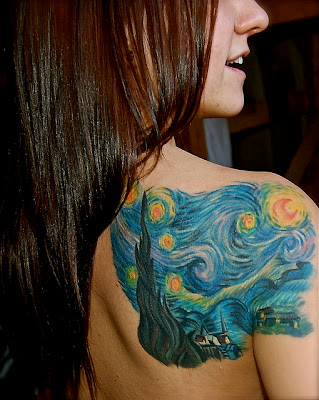 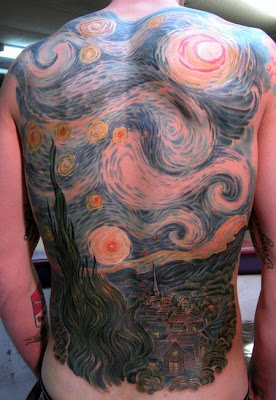 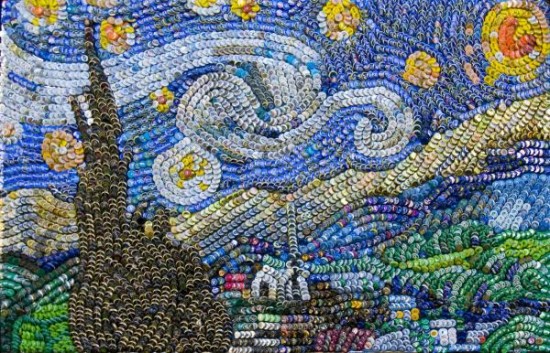 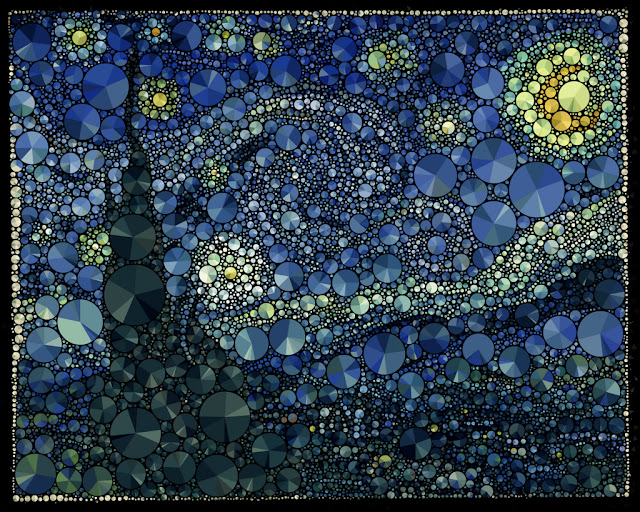 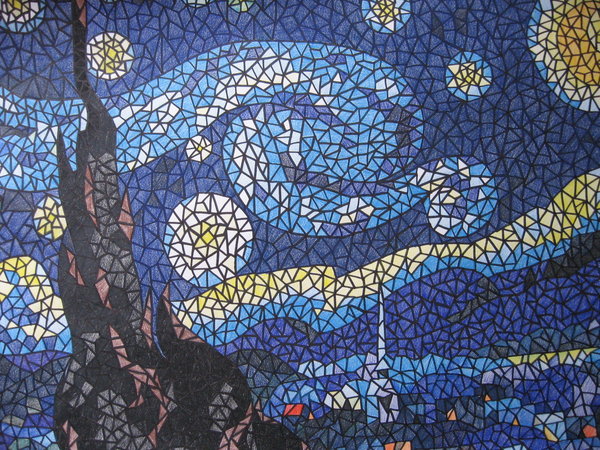 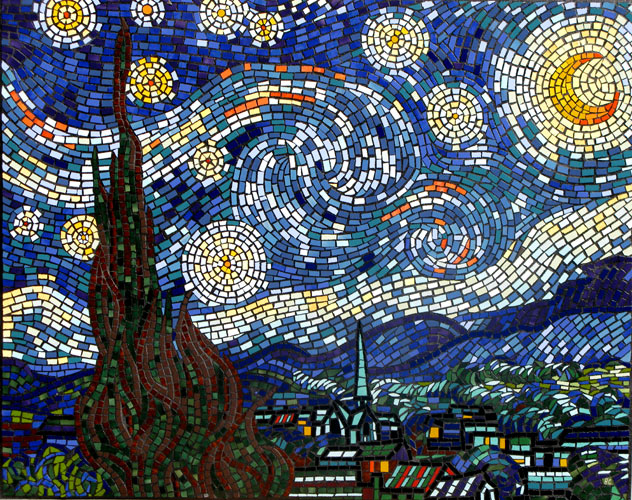 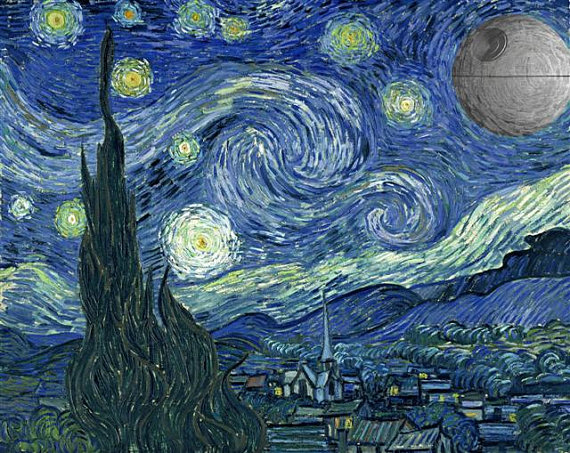 By the Way Moment:

Van Gogh painted a scene in 1888, before the breakdown that had him institutionalised, reminiscent of Starry Night. That work is called Starry Night Over the Rhone: 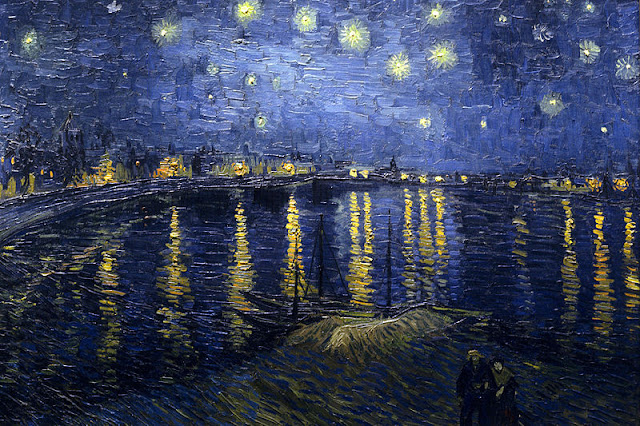 It has been observed that as Vincent's mental condition deteriorated, his paintings began to feature more swirls and bright lights with strong auras.  Witness, for example, one of his last self portraits, painted near the end of his life, showing a mind being held in check only by a sheer effort of will against external pressures and forces: 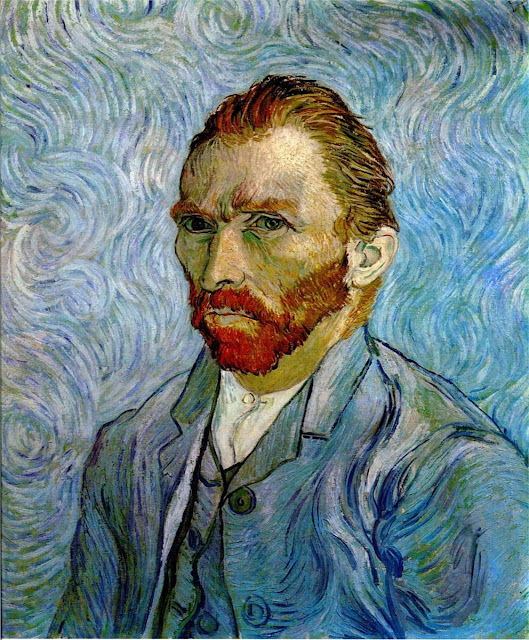